Below you can see all the building blocks that Cavium has used to build the ThunderX. 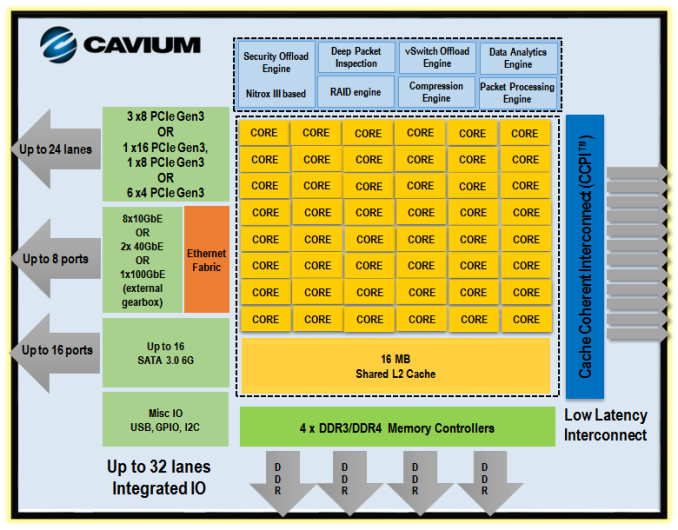 Depending on the target market, some of these building blocks are removed to reduce power consumption or to increase the clockspeed. The "Cloud Compute" version (ThunderX_CP) that we're reviewing today has only one accelerator (vSwitch offload) and 4 SATA ports (out of 16), and no Ethernet fabric. 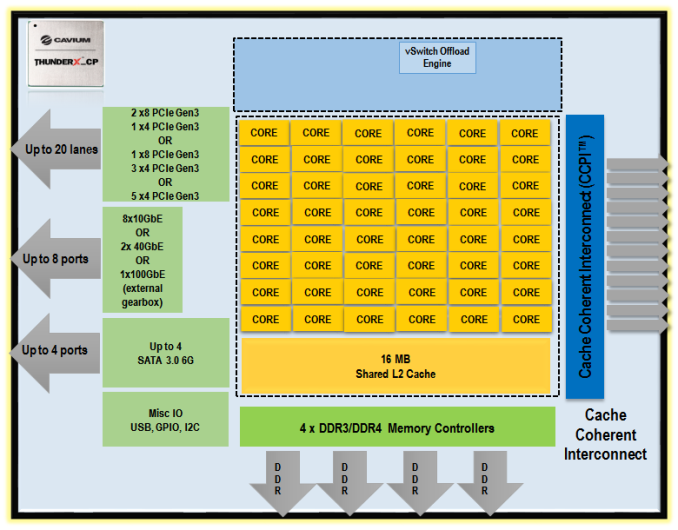 But even the compute version can still offer an 8 integrated 10 Gbit Ethernet interfaces, which is something you simply don't see in the "affordable" server world. For comparison, the Xeon D has two 10 Gbit interfaces.

The storage version (_ST) of the same chip has more co-processors, more SATA ports (16) and an integrated Ethernet fabric. But the ThunderX_ST cuts back on the number of PCIe lanes and might not reach the same clockspeeds. 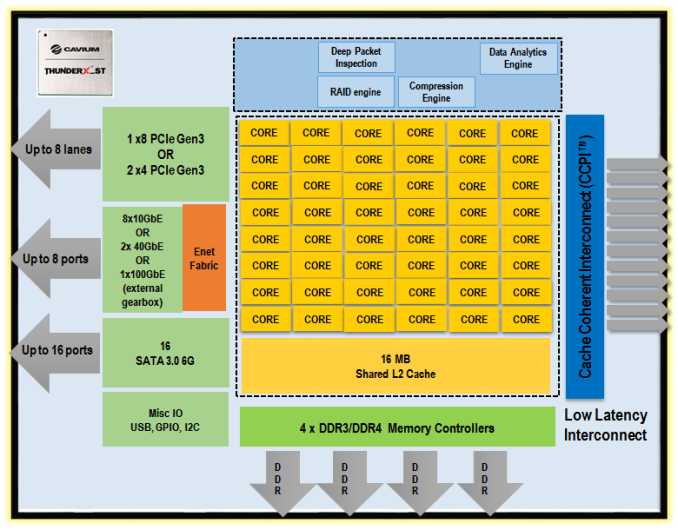 There is also a secure compute version with IP Sec/SSL accelerators (_SC) and network/telco version (_NT). In total there are 4 variants of the same SoC. But in this article, we focus on the version we were able to test: the CP or Cloud Compute.