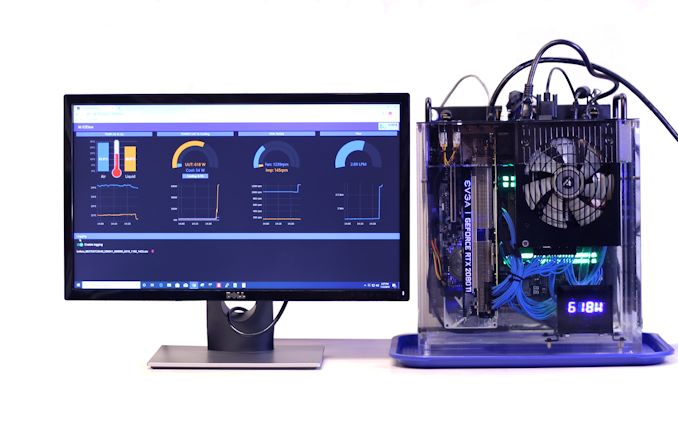 One of the news items that went under the radar at Supercomputing was from CoolBitts. The company focuses on fully immersed systems whereby the CPU, GPU, and all the components are put into a non-conductive liquid. There are two types of immersive systems: two phase, where the liquid turns to a gas on heating and then condenses back into a liquid, or single phase systems that rely on a pump and a radiator to help move the liquid. This is the latter, and if you’ve ever heard of the ‘mineral oil’ PC, this is something very similar, except this is a case and coolant dedicated for immersion systems. 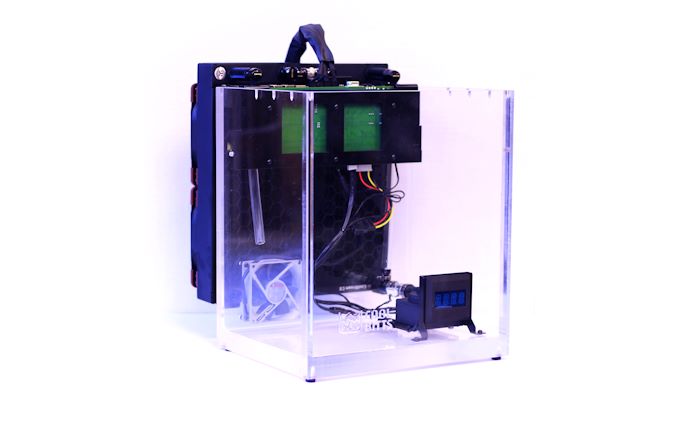 We covered two-phase immersion liquid cooling (2PLIC) previously, where the CPU heats the liquid enough to convert it to a gas in order to move heat away from the system, using the latent heat of change between the two states as the thermal pump. Immersive servers have been improving for the last 20 years, with new techniques and chemicals, however immersed desktop PCs have been limited to single builds, often using oil and forced convection due to complexity. ‘Mineral Oil’ PCs never took off, as it required specialist components beyond just the mineral oil, and plus a lot of care had to be made, such as anti-fungals, to stop other stuff growing in it. Mineral oil is a very viscous fluid at any rate, making convection hard and pumps had to run hard. Rather than going down that route, CoolBitts will sell you a complete chassis, setup, and coolant, to make your home PC offer a fully immersive experience while you game. 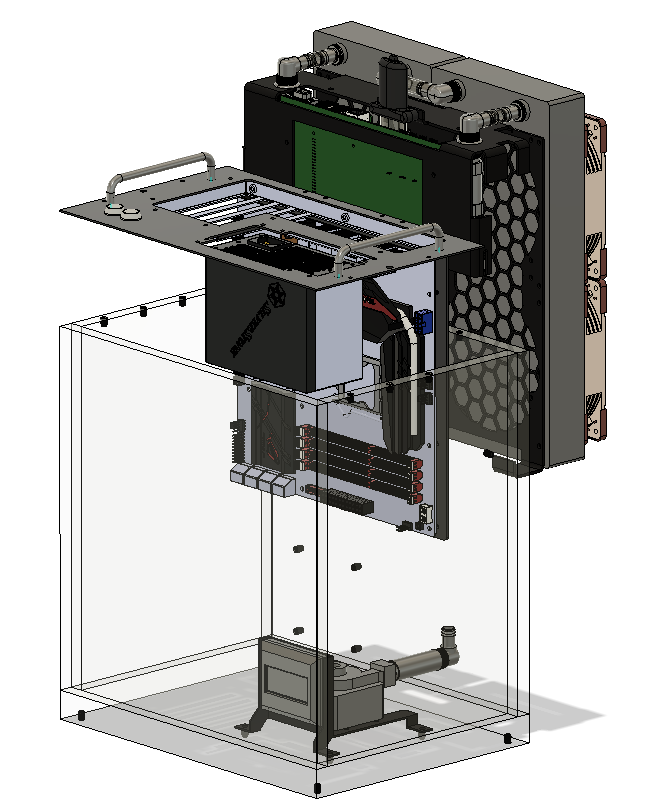 The system uses either a mini-ITX or micro-ATX sized motherboard, with the power supply and graphics cards all immersed, as well as the CPU and memory. The rear IO panel is kept out of the liquid, just to ensure connectivity. The radiator hands off the back of the clear transparent chassis, with four fans in place to perform the airflow. The pump sits inside the chassis, and the rear panel has handles to make accessing the system very easy. 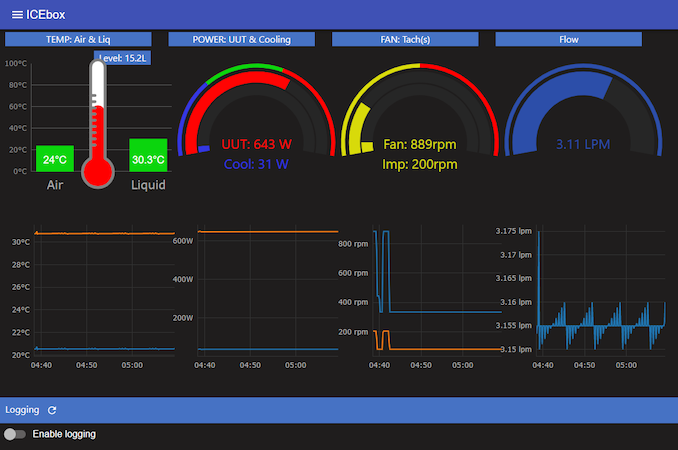 The system as a whole is designed to support systems up to 750 W. On display at Supercomputing, the company had a 32-core Threadripper 2990WX and an RTX 2080 Ti on full load, showing 618W peak power draw with the temperature sensors in the liquid showing 30 C after a few minutes . The pump is capable of 3+ liters per minute, and we assume is something like a Liang-D5. The controller and kit for all this monitoring comes with the PCIe set and looks to like it is accessed through a web interface.

The coolant used is called EC-120, from Electrocool. Buying the full kit will give you 5 gallons of the stuff (which at retail is around $500). This is a lot more expensive than mineral oil, but still beats the $300/liter cost of the two-phase liquids used in servers. 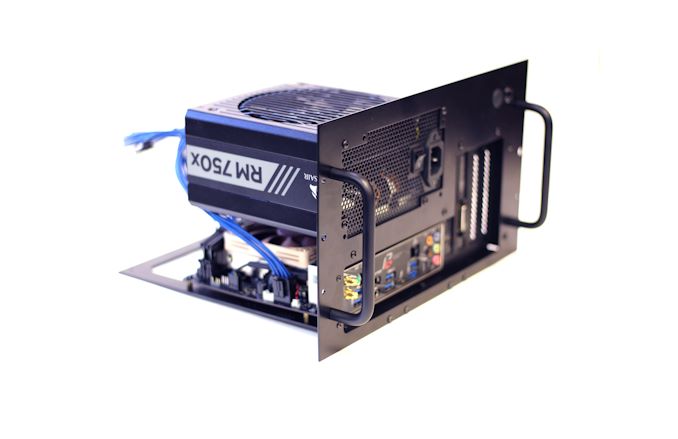 The full kit, including the chassis, power meter, rear IO panel, PCIe tray, radiator, pump, fans, and coolant, comes to a rather cool $2450 (+ sales tax in New Hampshire). CoolBitts will also look at custom designs for large customers interested in a specialist build. Though at that price, it might be out of the reach of any casual consumer.