Aside from the obvious difference of a larger radiator, all three versions of the Permafrost cooler are practically identical. The core design of the coolers is the typical AIO configuration of a single radiator, two hoses, and a block that combines the CPU contact plate and a miniature liquid pump. The designer went with standard rubber tubes with external nylon sleeve braiding for additional protection, which are fixed on the radiator and partially adjustable (just a couple dozen degrees sideways) on the CPU block. 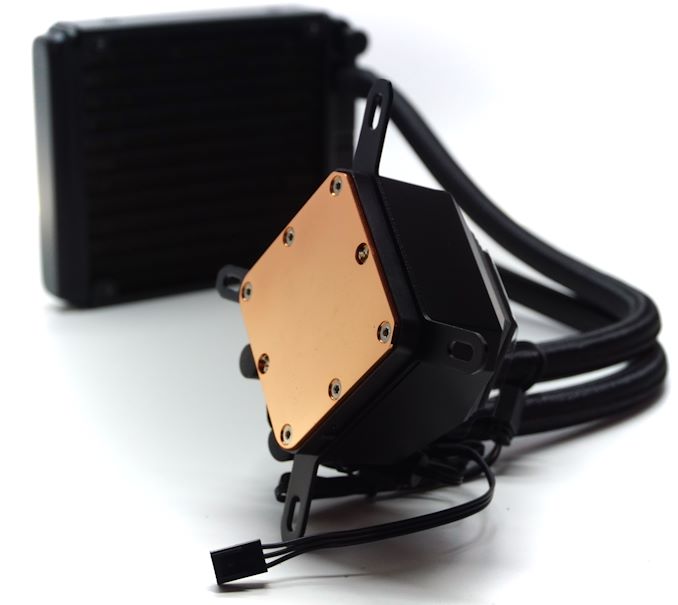 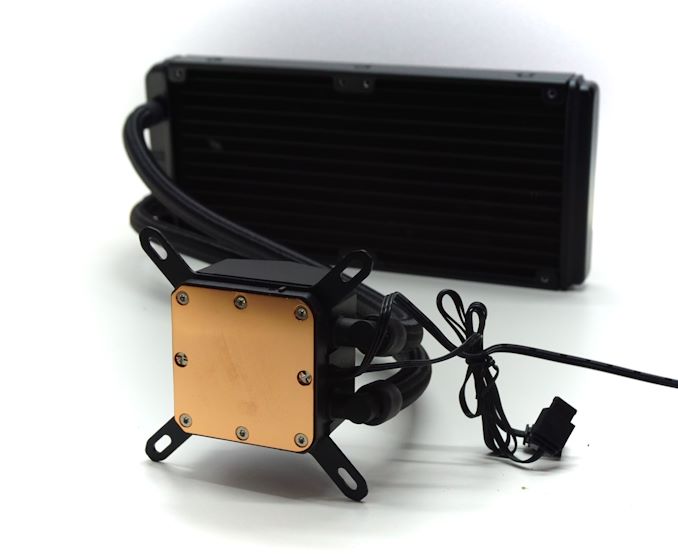 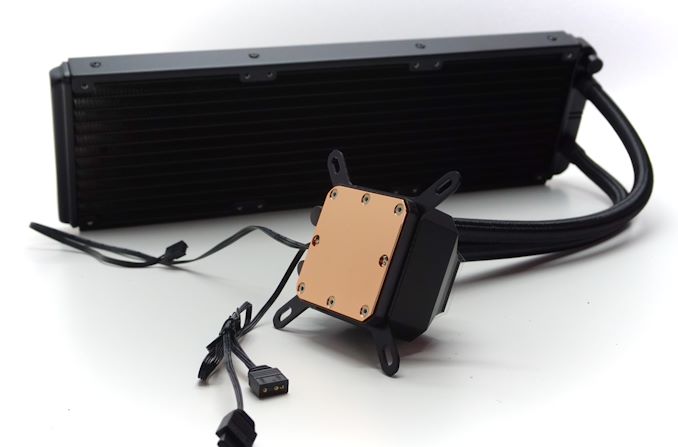 SilverStone focused their design efforts on the main block assembly. The company installed a three-phase engine pump and an AEC-Q100 sine wave generator, increasing the efficiency and lowering the noise output of the pump itself. The AEC-Q100 is certified by the Automotive Electronics Council, thus SilverStone is marketing it as an “automotive grade” generator. We can only agree that it is a high-quality part. The designer also installed a micro-channel copper block and made sure to thermally separate the input and output in order to prevent heat creeping.

The top part of the main block assembly is a real acrylic mirror that hides RGB LEDs. Once lit, the LEDs form SilverStone’s logo on the mirror. The user can adjust the lighting effects, colors, speed, etc., but cannot change the illuminated shape in any way. 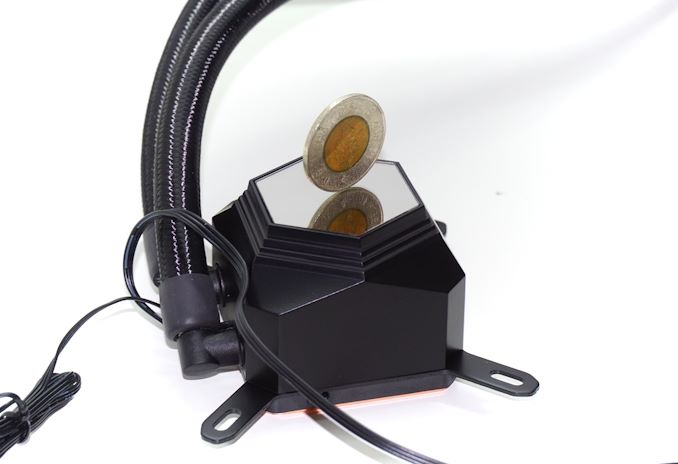 SilverStone also claims that their radiators are “automotive grade”. That may be accurate regarding the corrosion protection and/or the material of the radiator. In terms of size, however, even the largest 360 radiator cannot be used as a cooling radiator in any kind of car – it hardly has the mass to be used as a heater core in a very small car. Though this is of no real concern to us, as the Permafrost is going to be used to cool PC processors, not a combustion engine.

On topic, the radiators are typical dual pass cross-flow designs, with tiny fins soldered on thin oblong tubes. This is by far the most dominant radiator design for AIO systems and rightfully so, as it offers the best efficiency within limited proportions and for the temperature differences that AIO coolers have to deal with. The radiators are just 26 mm thick, meaning that the entire assembly with the fans requires only 51 mm of clearance, maximizing compatibility. 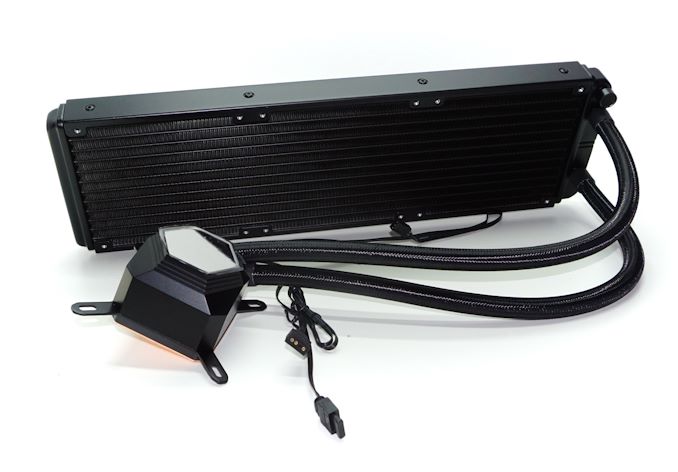 The bottom of the main block assembly reveals a sizable, square cooper block. It is neither nickel-plated or polished down to a mirror finish, yet the finish is very smooth and free of imperfections. Do note, however, that these coolers are meant for mainstream desktop processors rather than large HEDT processors; so the contact plate is not large enough to cover Ryzen Threadripper processors and SilverStone does not provide hardware to install any Permafrost cooler onto a TR4 socket. 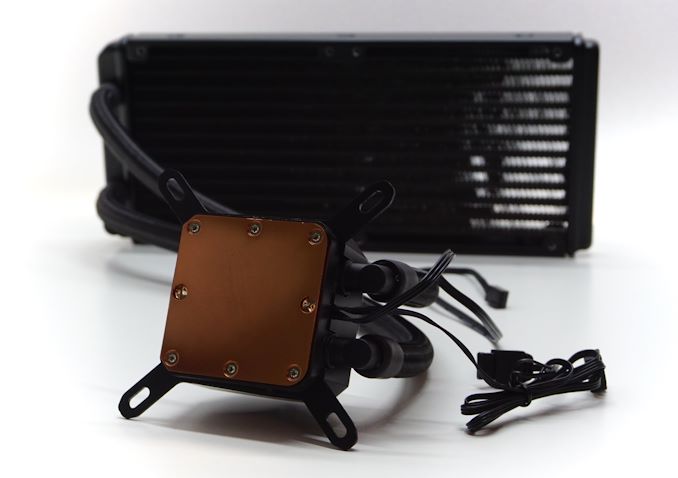 SilverStone’s application of RGB lighting on the cooling fans is exceptional. The designer placed the LEDs into the fan’s engine, creating a fantastic diffusion visual effect on the fan’s semi-transparent blades. If connected to a compatible motherboard, both the fans and the main block will copy the programmed lighting theme of the system. For those who do not own a compatible motherboard or just do not want to have lighting synergy between different parts, the lighting effects can be programmed from the wired controller, meaning that the user will have to open the case in order to access it. 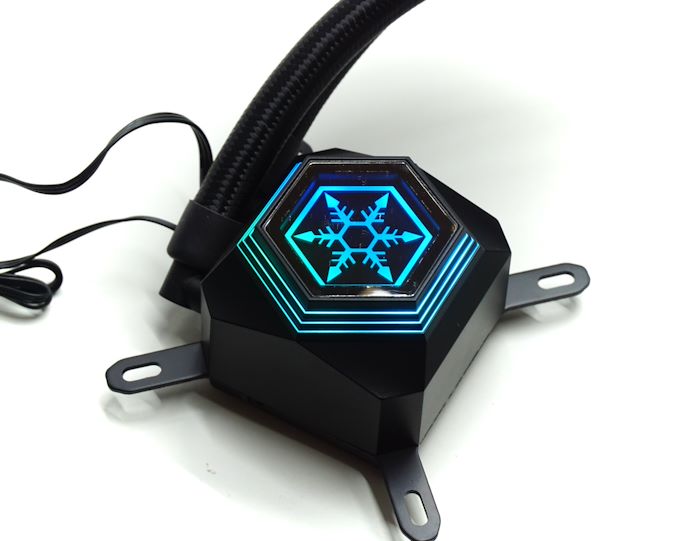 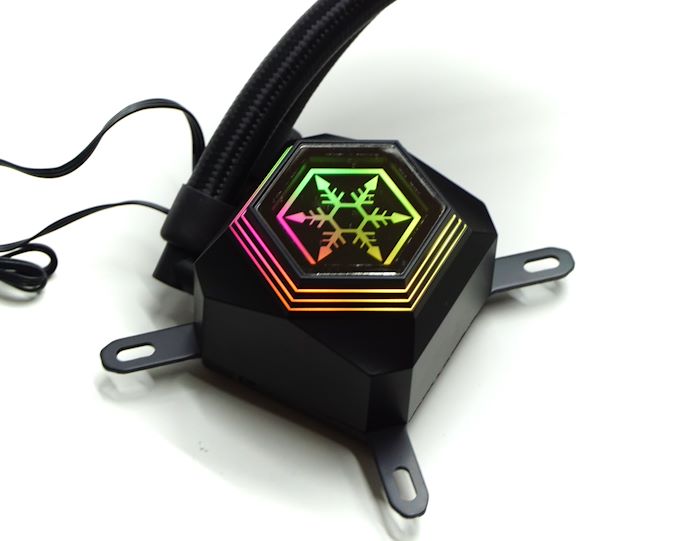 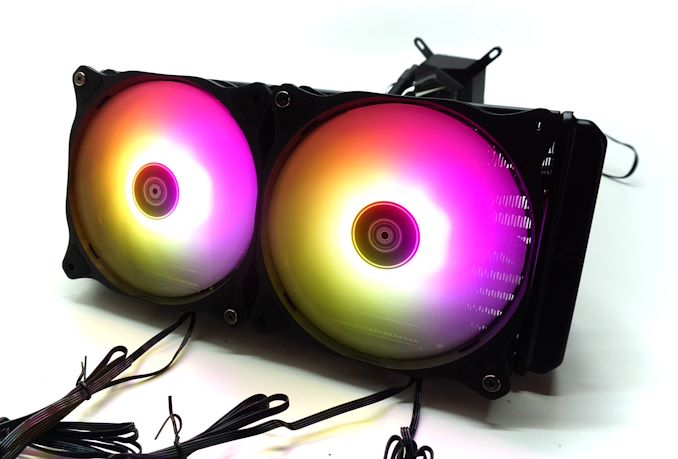