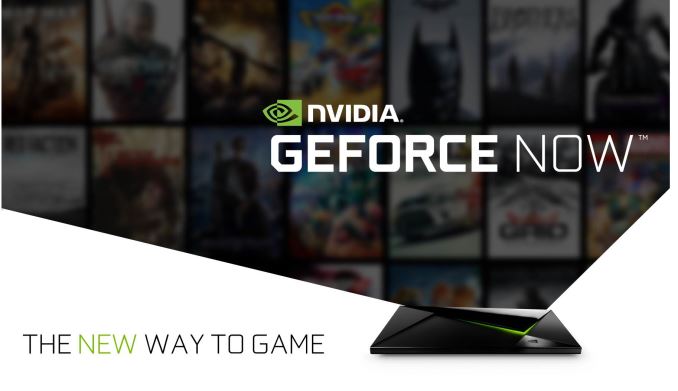 NVIDIA's GRID game streaming service was launched back in 2013 as a beta project. Over the last couple of years, they have added a number of features that bring together the capabilities of their data center GPUs and their Tegra SoCs. At GDC 2015, NVIDIA indicated that they would be promoting the GRID program from beta to a commercial service. The commercial service was originally slated to launch along with the SHIELD Android TV in May, but the launch kept getting pushed back.

Today, NVIDIA is announcing that the service is getting out of beta with a new tag - GeForce NOW. With widespread and reliable Internet connectivity, content consumption is going the streaming way - services such as Netflix, Spotify and Hulu boast a huge subscriber base. NVIDIA is hoping that GeForce NOW will become the de-facto service for consumers looking to stream games.

Game streaming is quite challenging compared to traditional media streaming - in addition to low latency real-time encoding on the server side, we also need the client user input to have minimal lag while getting reflected on the server side. Companies such as OnLive and Gaikai have tried to address this market with mixed success (getting bought out by Sony in 2015 and 2012 respectively).

However, from our limited time over the past two years with the GRID beta service, we have to say that the experience can be quite compelling - the gaming experience is instant without having to wait for multi-gigabyte downloads, and one has a huge library of games to choose from (similar to Netflix's library of movies). NVIDIA has been pushing hard to keep latency within reason - generally aiming for the equivalent of a console game at 30fps - and while network quality and location are paramount here, reasonably low latency is attainable if you live close enough to one of NVIDIA's hosting facilities.

Moving on, NVIDIA believes that the other major advantage for their streaming service is that the rendering GPUs are in the data center and can be regularly upgraded. The end-user side just needs a dumb decoder and gaming controller - the SHIELD Android TV is quite future proof here, as it can easily decode 4Kp60 streams and has a GbE LAN connector - so only the hosting side would need to catch up. Currently, the GeForce NOW experience provides for game streaming at up to 1080p60 at 25 Mbps, while a 720p30 stream at less than 10 Mbps is also available for users with limited bandwidth. Similar to Netflix, NVIDIA uses adaptive bit-rate streaming that can scale the quality appropriately within the available bandwidth. 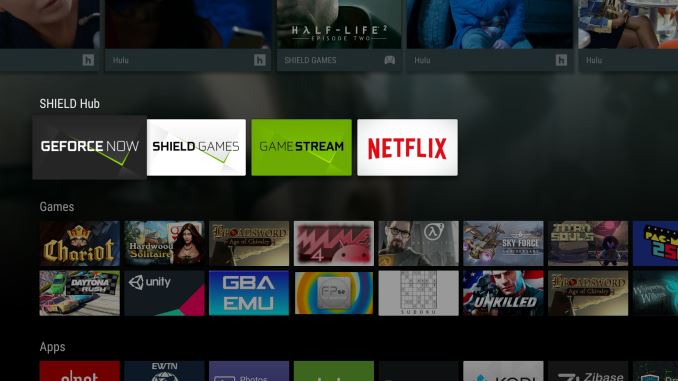 The initial focus of GeForce NOW is on the SHIELD Tablet and SHIELD Android TV. NVIDIA also has long-term plans to enable PCs as clients for the service.

As for the structure of the service, back in March NVIDIA announced that this would be a multi-tier basic/premium service. However as things have been finalized, NVIDIA has reduced that to a single tier of paid service, and there has been no talk of a basic or free service ala the current free beta. As such the GeForce NOW service will be priced at $8/month, with a 3-month free trial period starting after sign-up.

In terms of games, the catalog has been fairly consistent in the type of games NVIDIA is offering over the lifetime of the GRID beta, and it appears that this will continue to be the case for the paid service. This would mean that the games on the subscription service will largely be second-run games that have already been on the market for 6 months or more; the previous Batman game, the next-to-latest GRID game, etc, with 50 or so games to kick things off. In this sense GeForce NOW is very similar to the early days of Netflix, with the service acting as a way of accessing second-run content for cheap. 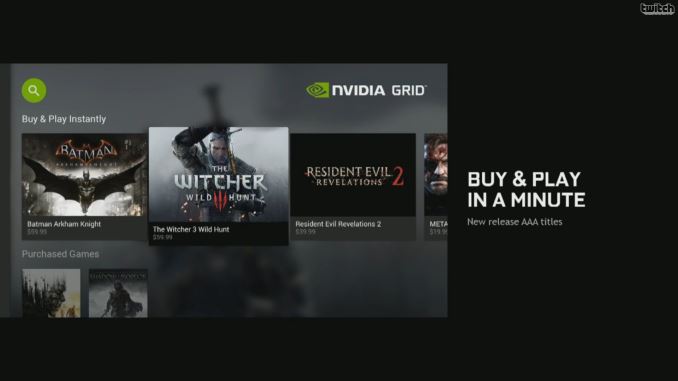 However NVIDIA is still bringing brand-new games to the service as well, and as previously announced back in March this will be through their Buy & Play program. Under Buy & Play, newer games that aren't available from the publisher for full subscription licensing can instead be purchased by individual customers for use with the streaming service, allowing customers to buy and immediately play these games on GeForce NOW. NVIDIA tells us that they will be rolling out new games under this program on a weekly basis, with the service launching with heavy hitters such as The Witcher III and Resident Evil: Revelations 2 available via Buy & Play on day one. However we should also note that based on NVIDIA's comments, it sounds like you must remain a subscriber in order to access the GeForce NOW service at all, so individual games picked up via Buy & Play would not be available if you discontinued your subscription.

Wrapping things up, NVIDIA has told us that GeForce NOW will be available in the US, Canada, Europe (incl. western Russia), Japan and South Korea starting today. The launch regions have been mainly dictated by the availability of data centers to serve the regions with minimal latency.

Finally, as part of the updates today, NVIDIA will also be more widely selling the SHIELD Android TV. In particular, Europe (UK, Germany, France and the Nordics) will finally be receiving the console, bringing the console beyond the American shores. Meanwhile in the US, we will start to see the STB available in brick and mortar stores such as Best Buy, Frys and Micro Center. And last but not least in a marketing promotion, Google Fiber outlets will also be promoting the SHIELD Android TV.