The Das Keyboard 4 Professional is a postmodern design, with the company trying to balance between a minimalistic and a futuristic appearance. The asymmetric body consists of an aluminum top cover and a plastic lower frame, with the company logo printed at the top right corner of the keyboard. Note that the top aluminum frame is for aesthetics only and not for mechanical cohesion, as the keyboard's keys and PCB are internally supported by a steel plate.

We received the US layout version of the Das Keyboard 4 Professional. It is a standard 104-key keyboard that fully adheres to the ANSI layout, with a normal bottom row. The bottom row of the keyboard has a 6.25× Spacebar and seven 1.25× bottom row keys. Virtually the only slight exception is that the company printed their own logo on the "Windows" keys instead of Microsoft's.

The keycap characters of the Das Keyboard 4 Professional are laser etched. Laser etching is a common feature among keyboards with price tags this high, yet we should note that there can be great quality differences between different manufacturers. With this process, the etching removes part of the paint on the keycap to reveal the unpainted plastic underneath; therefore the character cannot fade because the character itself actually is the only part of the keycap that is not painted. The paint of the keycap however can fade, meaning that the keycap will eventually start becoming smoother and blurry. In such cases, it all comes down on the quality of the keycap and its painting. Unfortunately, we cannot comment on the long term reliability of the process as it would take at least several weeks of testing. The relatively small characters on the keycaps of the Das Keyboard 4 Professional are very sharp. 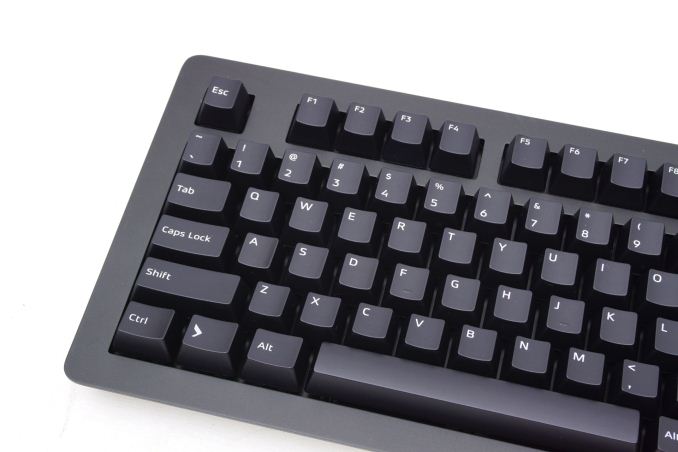 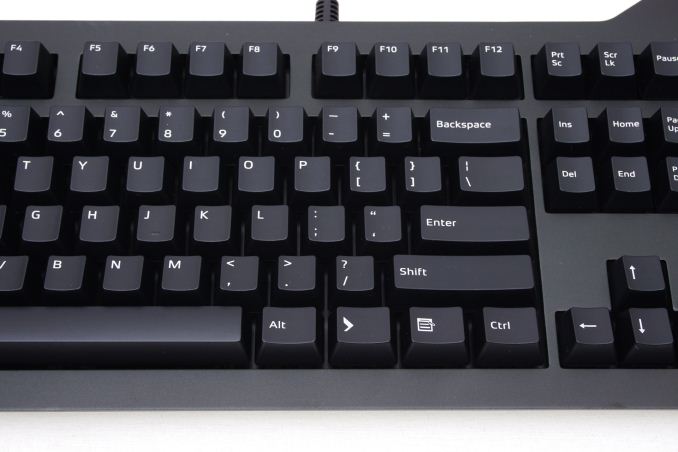 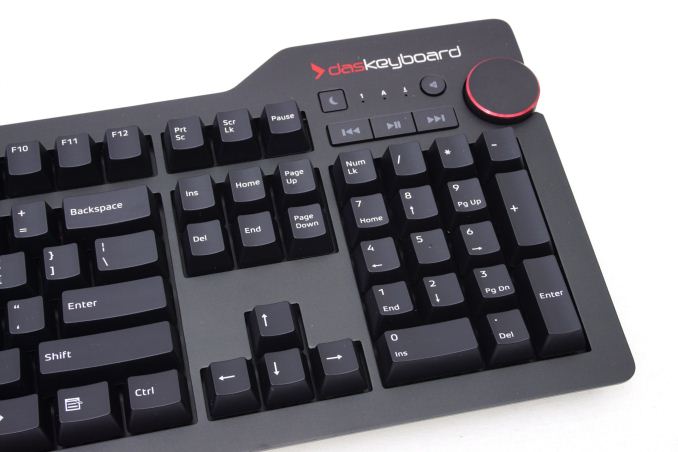 There are no macro keys on the Das Keyboard 4 Professional and the keyboard has no reprogramming/layout changing capabilities - at least not without with assistance from third party software. At the top right corner of the keyboard we can see a large volume wheel and five low-profile buttons. Three of the buttons are for basic media controls, the round button is for muting the sound volume and the square button is, by default, sending a sleep command to the PC. This can be very handy for quickly putting a PC to sleep/lock and then waking it up from the keyboard without having to reach for the tower, especially in office/working environments where people cannot just leave their posts with their PCs on. The volume wheel is immaculately integrated onto the keyboard and has a satisfactorily clicky feeling when used.

The designer placed two USB 3.0 ports at the rear top right corner of the keyboard. Note that we rarely see USB 3.0 hubs on keyboards, even on some of the most expensive models out there. The Das Keyboard 4 Professional has only one thick cable that ends up to a single USB 3.0 connector. If the keyboard is connected to a USB 3.0 or 3.1 port, the port should provide enough power for the keyboard and its two USB 3.0 ports. If however it is connected to a USB 2.0/1.1 port, the hub might not operate properly. 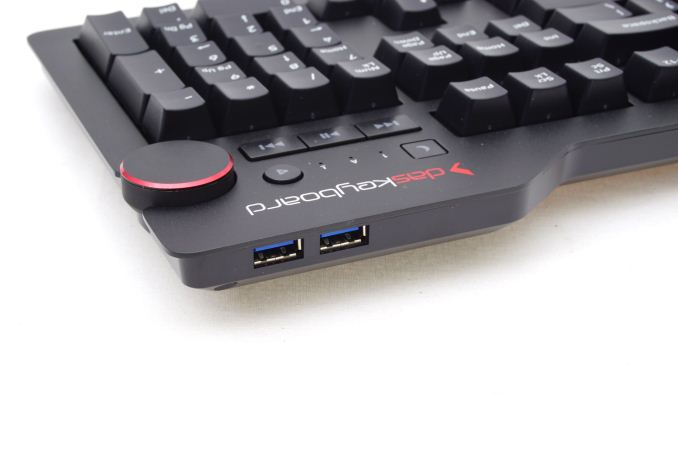 Beneath the keycaps we find original Cherry MX switches. Our sample came with Brown switches but there is also a version with Blue switches for those that prefer to have a strong audible feedback. The strange part is that we found Costar-type bar stabilizers beneath the larger keys rather than the usual cross-type stabilizers we usually find on Cherry-based motherboards. There is very little difference on the actual feeling of the key when comparing the two stabilization methods, but keycaps with costar-type stabilizers tend to wiggle a little more and can be a pain to remove. Combined with the fact that the company does not provide a keycap puller, the designer really did not mean for the user to be removing the keycaps on this model. 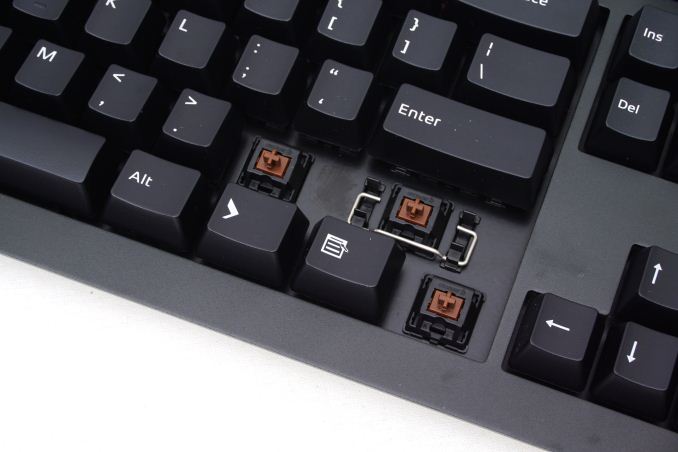 Removing the core of the Das Keyboard 4 Professional from its exterior frame reveals that the keyboard is built on two PCBs. The main PCB features only the keys and is attached to a steel plate that provides the usual excellent mechanical strength that most mechanical keyboards have, while the second PCB is home for the extra buttons, the USB hub and the ICs.

A Nuvoton NUC123SD4AN0 microcontroller is the heart of the Das Keyboard 4 Professional. Its Cortex-M0 core runs up to 72 MHz and has 68 KB of flash memory. Although it would not be out of the ordinary on a fully-featured gaming keyboard, this microcontroller is a major overkill on a model that has no backlighting and lacks any programmability features. A VIA VL812-Q7 controller handles the USB 3.0 ports. 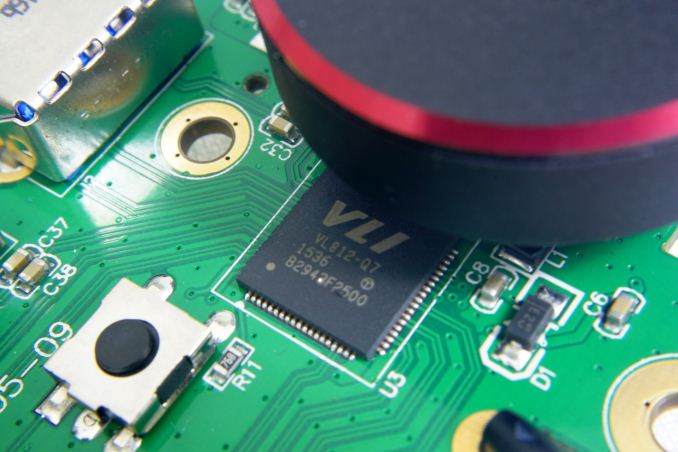 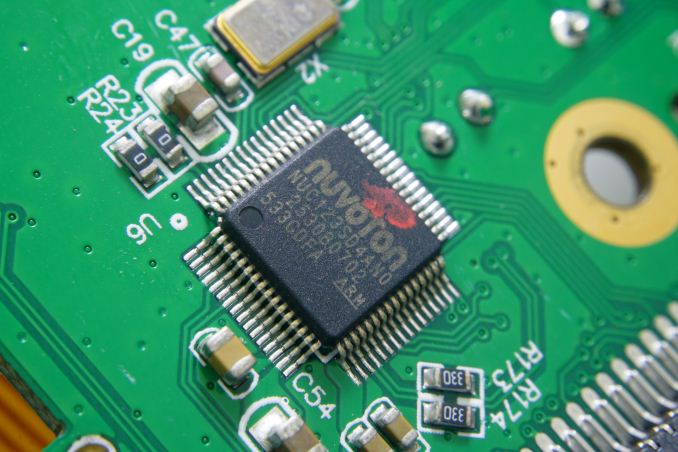