Lenovo is gearing up to launch a new series of notebooks aimed at mainstream users. The new ThinkBook laptops were recently showcased at a trade show in China and are currently listed by at least two European retailers. Meanwhile, based on model numbers, it looks like that when they launch in the coming weeks, the new ThinkBooks will succeed certain IdeaPad models within Lenovo's laptop product stack. 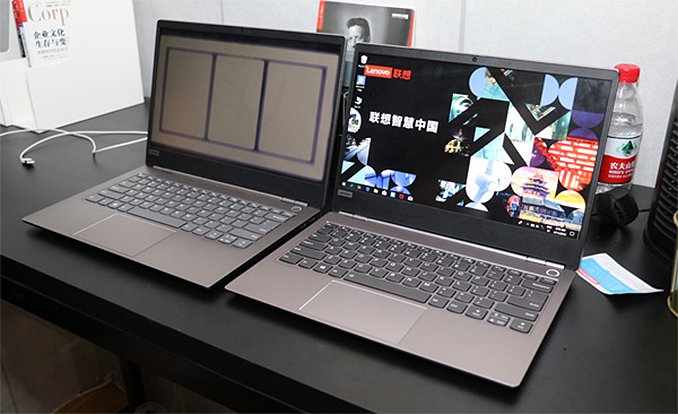 The flagship Lenovo ThinkBook S models are based on Intel’s Core i7-8565U (Whiskey Lake) processors and are paired with 16 GB of RAM as well as a 512 GB M.2 NVMe SSD. Select models will also come with a discrete AMD Radeon 540X GPU, but expect this one to be available only inside premium SKUs. In fact, based on Lenovo’s usual approach, expect to see the Lenovo to release the ThinkBook S in a wide variety of configurations in order to cover several market segments.

Both demonstrated ThinkBook S models will also be outfitted with Lenovo’s Accutype keyboard, a rather large touchpad, a 720p webcam with IR sensors for Windows Hello, stereo speakers with Harman badge, a microphone array, three USB Type-A ports, a USB Type-C port, an HDMI output, and a 3.5-mm audio jack for headsets. As for dimensions and weight, the 13.3 and 14.1-inch machines feature 15.9 and 16.5-mm z-heights and weigh 1.34 and 1.5 kilograms respectively. 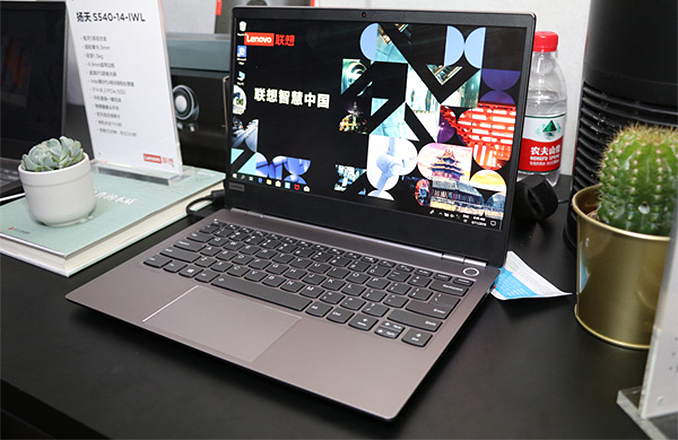 At present, Ennebi Computers from Italy and Dateks from Latvia list ThinkBook S 13-inch laptops featuring unknown configurations. The former lists the PC for €963, whereas the latter says that the notebook will be available on May 25.

Lenovo yet has to formally confirm the plan to replace certain IdeaPad models with ThinkBooks, but based on the fact that the company officially showcased the machines at a trade show and two retailers are already listing them, it's clear that their launch is imminent. What remains to be seen is how exactly the company intends to clearly distinguish between ThinkBooks aimed at consumers and ThinkPads engineered for business and corporate users.