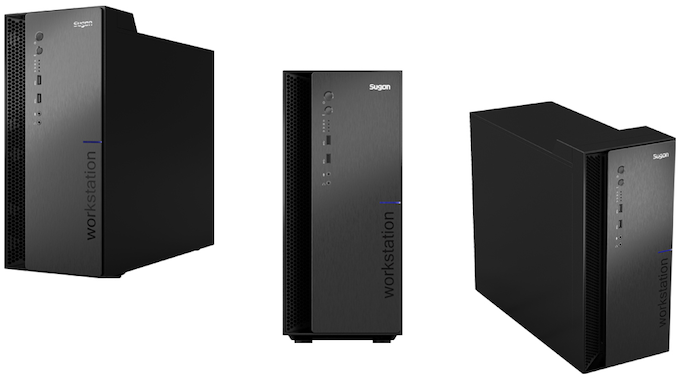 Sugon, an OEM of servers and workstations in China, has started selling of machines equipped with the Hugon Dhyana processors. These are processors based on AMD’s 1st Generation Zen microarchitecture. The CPUs feature up to eight cores and are compatible with the x86 instruction set architecture, thus can run all popular applications available today. The workstations can be equipped with the latest Quadro RTX or Quadro GV100 graphics cards from NVIDIA.

Back in 2016, AMD and Tianjin Haiguang Advanced Technology Investment Co., Ltd (THATIC, an investment arm of the Chinese Academy of Sciences) formed a joint venture to develop custom processors based on Zen microarchitecture aimed solely at the Chinese market. Under the terms of the agreement, AMD would provide its then latest x86 microarchitecture, whereas the rest of the SoC was to be designed in-house by the joint venture. 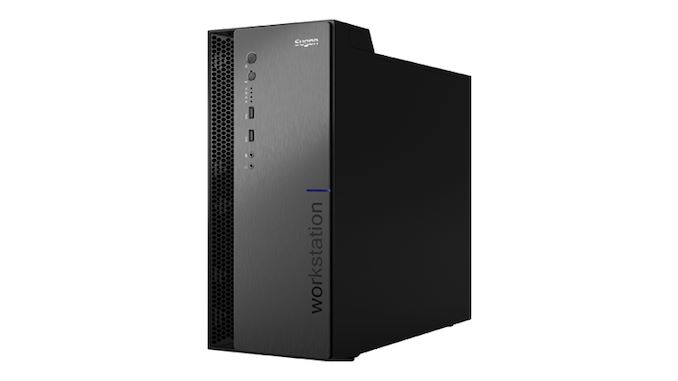 Last year the Hugon Dhyana CPUs finally saw the light of day, though their specifications remained largely unknown, whereas availability was limited to servers built and consumed by the Chinese government-funded organizations. Recently Shuguang Information Industry, a Chinese maker of servers and workstations that sells products under the Sugon trademark, started selling of its W330-H350 machines based on Hugon Dhyana 3000-series processors, revealing their specs as well as some other details.

As it turns out, Hugon’s Dhyana CPUs feature four (model 3138) or eight (models 3185 and 3188) Zen cores with SMT running at 3.6 GHz in the former case as well as 3.0 – 3.4 GHz in the latter case. We do not know cache sizes of these processors from official sources. Meanwhile, a Weibo user from China has published a screenshot allegedly taken on one of Hugon Dhyana-based machines which reveals that the eight-core Dhyana 3185 features 768 KB L1 cache, 4 MB L2 cache, and 16 MB L3 cache, the same configuration as AMD’s contemporary eight-core Ryzen processors. 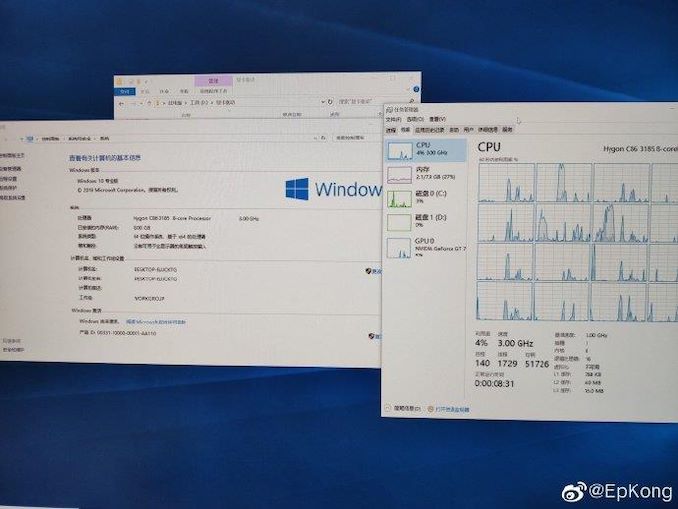 Considering how significantly Hugon’s Dhyana 3000-series CPUs resemble AMD’s Ryzen, there are several obvious questions that come to mind about these processors:

If anyone at Sugon happens to be reading this news, please get in contact with our Senior Editor Ian Cutress (ian@anandtech.com), as we'd like to arrange a review unit if possible. 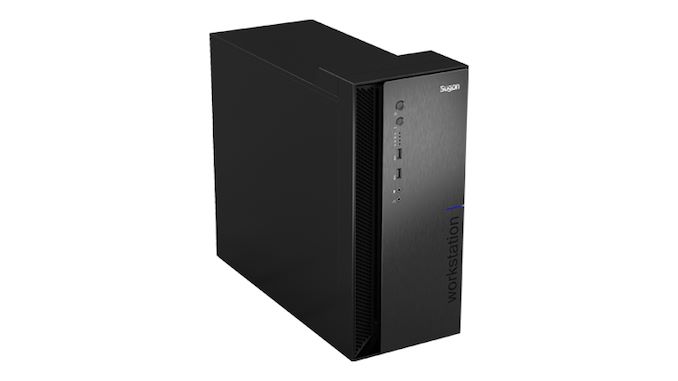