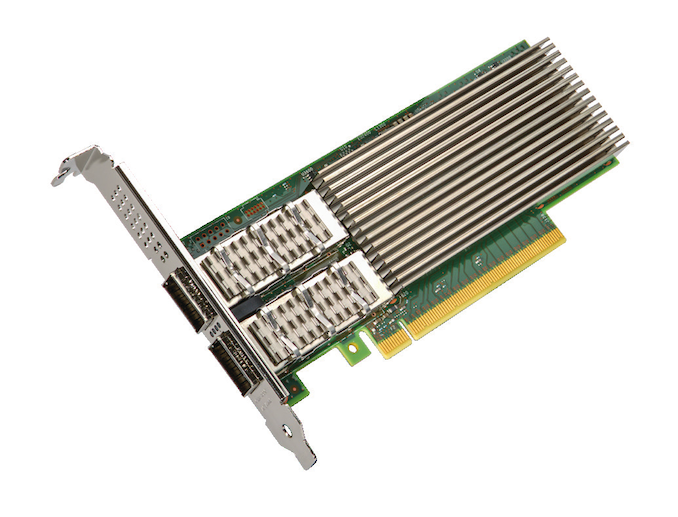 Today at the SNIA Storage Developer Conference, Intel is sharing more information about their 100Gb Ethernet chips, first announced in April and due to hit the market next month. The upcoming 800 Series Ethernet controllers and adapters will be Intel's first 100Gb Ethernet solutions, and also feature expanded capabilities for hardware accelerated packet processing. Intel is now announcing that they have implemented support for the TCP transport of NVMe over Fabrics using the Application Device Queues (ADQ) technology that the 800 Series is introducing.

NVMe over Fabrics has become the SAN protocol of choice for new systems, allowing for remote access to storage with just a few microseconds of extra latency compared to local NVMe SSD access. NVMeoF was initially defined to support two transport protocols: Fibre Channel and RDMA, which can be provided by Infiniband, iWARP and RoCE capable NICs. Intel already provides iWARP support on their X722 NICs, and RoCEv2 support was previously announced for the 800 Series. However, in the past year much of the interest in NVMeoF has shifted to the new NVMe over TCP transport specification, which makes NVMeoF usable over any IP network without requiring high-end RDMA-capable NICs or other niche network hardware. The NVMe over TCP spec was finalized in November 2018 and opened the doors to much wider use of NVMe over Fabrics.

Software-based NVMe over TCP implementations can use any network hardware, but for the high-performance applications that were originally the focus of NVMe over Fabrics, hardware acceleration is still required. Intel's ADQ functionality can be used to provide some acceleration of NVMe over TCP, and they are contributing code to support this in the Linux kernel. This makes the 800 Series Ethernet adapters capable of using NVMe over TCP with latency almost as low as RDMA-based NVMe over Fabrics. Intel has also announced that Lightbit Labs, one of the major commercial proponents of NVMe over TCP, will be adding ADQ support to their disaggregated storage solutions. 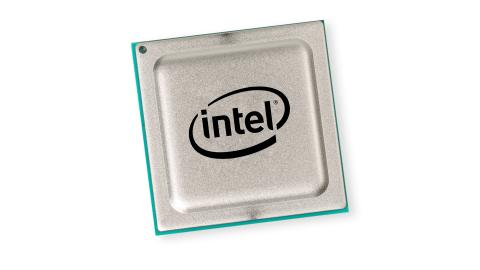 Unrelated to NVMe over Fabrics, Intel has also announced that Aerospike 4.7 will be the first commercial database to make use of ADQ acceleration, and Aerospike will be publishing their own performance measurements showing improvements to throughput and QoS.

The Intel Ethernet Controller E810 and four 800 Series Ethernet adapters will be available from numerous distributors and OEMs over the next several weeks. The product brief for the E810 controller has been posted, and indicates that it supports up to a PCIe 4.0 x16 host interface—to be expected from a 100Gb NIC, but not something Intel PR is keen to highlight while their CPUs are still on PCIe 3.0.