The original iPhone was designed to address a significant user experience problem with smartphones of the day. The iPhone itself was just the delivery vehicle, what later became known as Apple’s iOS was what made it all happen. At its launch in 2007 many lamented the significant loss of typical smartphone features with the very first iPhone. You couldn’t multitask, there was no copy/paste support, you couldn’t tether, you couldn’t send pictures or video via MMS and there were no apps. Apple of 2007 was very much a Mac company that was gaining strength, looking to dabble in the smartphone world.

Despite its shortcomings, the original iPhone/iOS combination did enough things right to build a user base. With a solid foundation Apple did what all good companies do: iterate like crazy. We got annual iPhone and iOS updates, each year offering evolutionary but important improvements. A company that executes consistently may not be competitive on day 1, but after a couple years of progressive iteration it may be a different beast entirely.
That’s where Apple finds itself today. No longer the timid newcomer in the smartphone market, Apple has turned iOS into a major player in the industry. Given its success in convincing iPod users to embrace Macs, it was inevitable that Apple would leverage a similar strategy in growing its iOS and Mac businesses. The latest release of iOS, version 5.0, announced in June of this year is as much about updating the phone/tablet platform as it is about beginning the next phase in Apple’s expansion. iOS 5 isn’t about liberating Apple from the PC, it’s a step towards unifying the experience across Apple’s product line. As it’s still just an iOS revision, Apple needed another tool to bring about this level of change, which is why iOS 5 is accompanied by the public release of Apple’s iCloud service.
A primary goal of iOS 5 and iCloud is to enable users to access their content across any Apple device without manual syncing. You should only have to worry about carrying the right device with you and not think about whether it’ll have access to your contacts, email, files or if people can still reach you if it’s all you’re carrying. That’s the theory at least.

iOS 5 is releasing on a wide range of devices, including the past three generations of iPhone, past two generations of iPod touch, and both generations of iPad. It brings with it a number of headline features, including a ground-up redesign of the notifications system, a new iOS-to-iOS messaging service called iMessage, and the integration of iCloud, a cloud computing and storage service for iOS, OS X, and Windows. According to Apple, there are a full 200 new features found in iOS 5, with features like Twitter integration, wireless sync, PC Free setup and updating, display mirroring over AirPlay, multitasking gestures, and updates to core applications like the camera, browser, mail and calendar being among the more notable changes highlighted by Apple. It’s a pretty healthy list of things to cover, so we’ll get down to it. 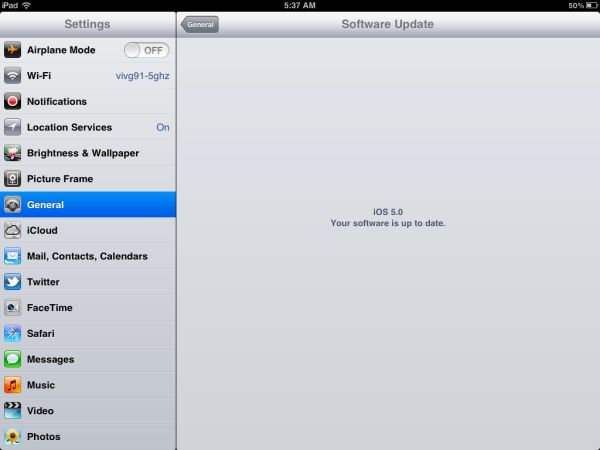 iOS 5 was designed around four devices: the iPad 2, the 4th generation iPod Touch, the iPhone 4, and of course, the new iPhone 4S. This time around, the iPad version of iOS 5 is launching alongside the iPhone and iPod touch versions, a nice change from iOS 4. The iPad was bumped from iOS 3.2 to iOS 4.2 a few months after the initial release of iOS 4.0 for the iPhone.
If you’ve ever used an iOS device before, whether it be an iPhone, iPod touch, or an iPad, the iOS 5 user interface will be instantly familiar to you. When the biggest visual change is that the toggle switches are rounded instead of rectangular, you know that not a whole lot has changed from that side of things. iOS is unique in the Apple world as it's still maturing yet extremely important to Apple's overall business. Seemingly as a result, Apple has been both reluctant to mess with the UI formula while eager to adopt new features. What we get with version 5 is a significant evolution of the iOS platform without any revolutionary changes to the UI. While understandable, it's also a bit frustrating for those of us looking for improvements in areas such as multitasking.

While the look isn’t all that different, the first boot on a newly updated iOS 5 install gives away the first clue that there are some distinct changes under the hood here. You’re first greeted with a gray cloth patterned screen with the name of your iDevice (iPad, iPod, or iPhone, respectively). 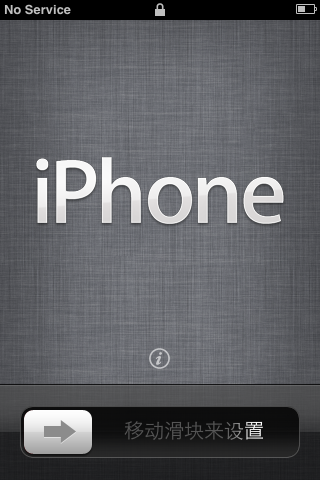 Move the lock slider to begin setup, enter your Apple ID, agree to terms and conditions, and you’re given a choice opt-in for location services and iCloud, whether you want to set up a new device or restore from a previous local or iCloud-based backup, whether to backup locally or to iCloud, and then you’re all set to start using your iDevice. The new out-of-box setup is now much more Mac-like than before.

Apple’s PC independence shines through in the settings menu, where you can get iOS software updates downloaded directly to your iDevice and installed without plugging in to a host computer. Factor in wireless sync and iCloud, and it’s legitimately conceivable that after you install iOS 5, you can go without plugging into your PC at all. Apple has invoked the "Post-PC" term a number of times since the introduction of the iPad, but it's now finally letting customers set up their post-PC devices without a PC, a key factor as iPhones and iPads become legitimate productivity devices. 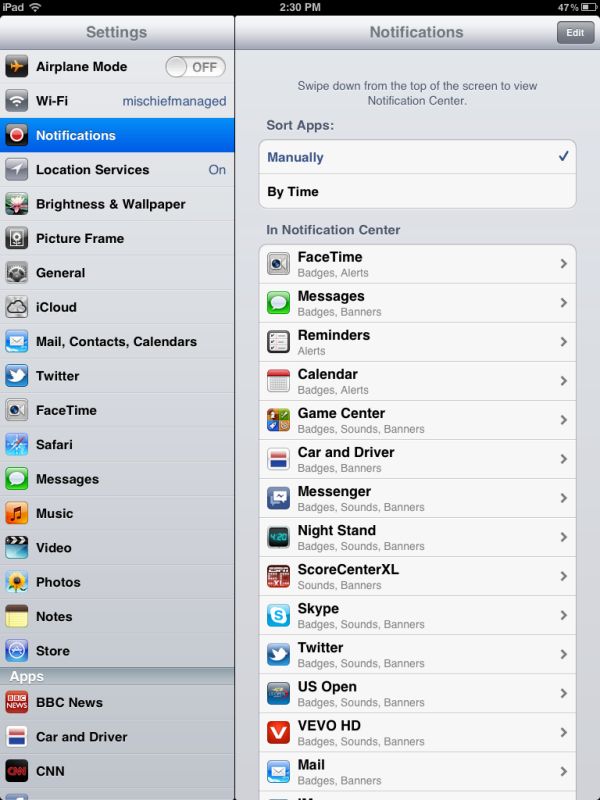 Other key differences in the settings menu are the additions of iCloud, Twitter, and (if you’re on an iPad or iPod touch) Messaging panes, as well as the new notification settings, which gives users a manual switch to decide how each application sends alerts. Notifications have been something of a sore spot in iOS for a while now, and as the single largest user experience change in iOS 5, the new alert system is something of a big deal.
Notifications and the Notification Center
Tweet
PRINT THIS ARTICLE
Comments Locked