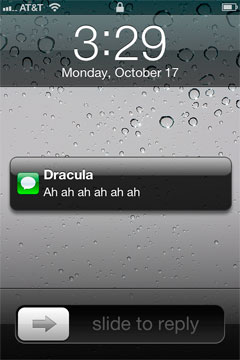 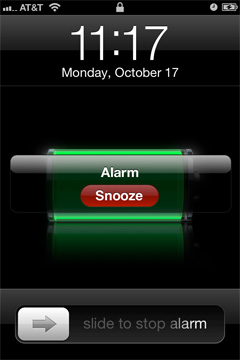 The list of notifications can get very long (we didn't test to see if it would ultimately stop, but you can now display at least 30 notifications on the lock screen) and iOS 5 allows you to scroll through them: 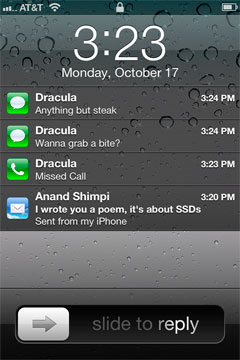 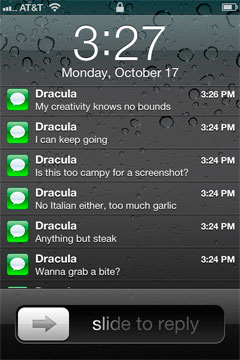 This feature alone is worth the upgrade to iOS 5 as it's a huge improvement in usability. You can now quickly get the gist of any SMS conversation and ensure there are no urgent emails that need tending to with a quick glance at your locked phone. Interacting with notifications from the lock screen is also improved, you can now slide over any notification to address it specifically: 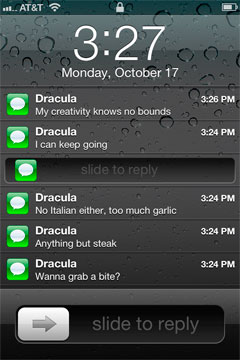 While you’re actually using the phone, notifications are delivered via a small banner at the top of the screen, rather than the pop-up that would interrupt what you were doing. You can tap the banner to launch the app associated with the incoming notification, otherwise you're free to continue to use your device as if nothing happened. The banner notification eventually folds away if left untouched. It's significantly less intrusive than anything we've seen previously from Apple. 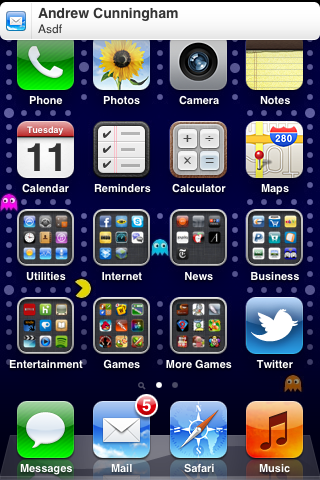 The older popup notification style is still available through the Notification Center settings page. You can now choose, on a per app basis, how you want notifications to appear: via alerts or the new iOS 5 banner style.
Apple offers a good amount of customization for notifications. You can choose whether or notifications appear on the lock screen, if a preview should be shown and if the associated badge app icon should appear. You can toggle all of these options, again, on a per-app basis. 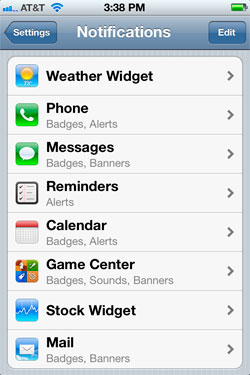 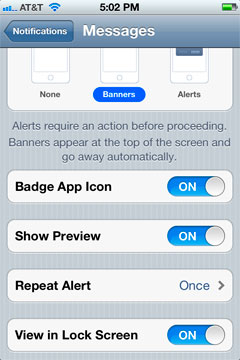 System notifications, such as those asking you to join a wireless network and those alerting you to low battery life, continue to use the “alert” style and are unchangeable. 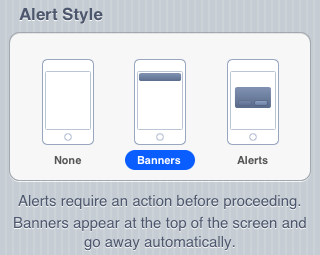 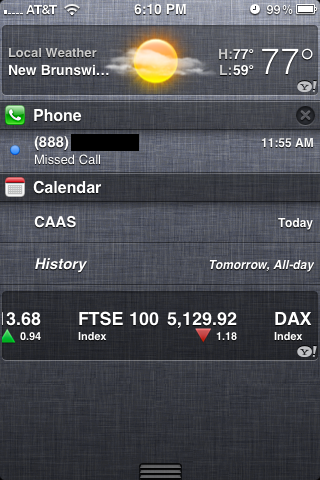 Pulling down the notification shade in a full screen app is a two-step process: pull once to reveal a tab and pull twice to reveal the shade. Apple does this to avoid any accidental shade activation. 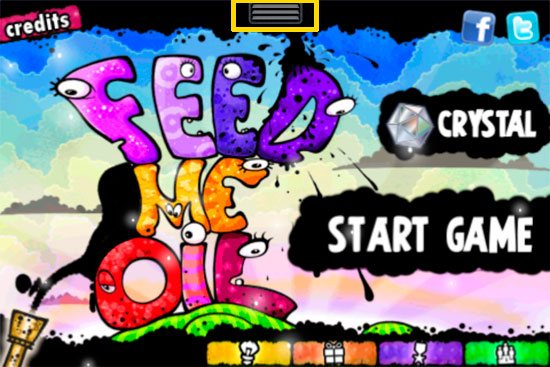 The number of notifications per app in the Notification Center is customizable: 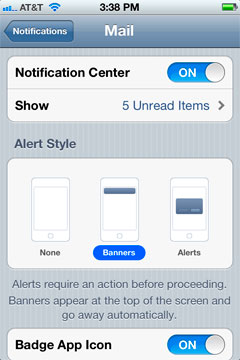 On the iPad, Notification Center works mostly like it does on the iPhone - although obviously occupying less of the screen: 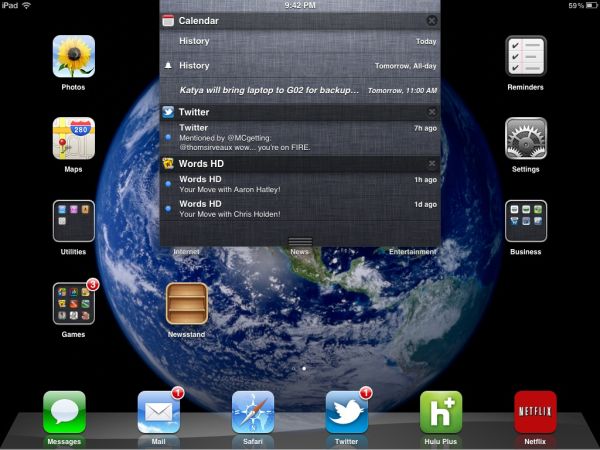 The impact of the revamped notification system is arguably even more pronounced on the iPad as the previous system was a significant burden to productive use of the tablet.

The verdict? None of these features are exactly new to smartphones (Android users, especially, will note many similarities to the notifications shade) but the implementation is smooth and it really goes a long way toward making iOS more pleasant to use - the best software upgrades make you wonder how you got by without the improvements they bring, and the notification improvements achieve that goal.