Apple seems to have had a Cyber Monday surprise of its own lined up, releasing iOS 5.1 Beta (build 9B5117b) to developers this evening. We've updated an iPhone 4S of our own to 5.1, and thus far the update looks superficially identical to iOS 5.0.1. Baseband firmware on the iPhone 4S gets a rather notable update to 1.2.01-1 from 1.0.13. 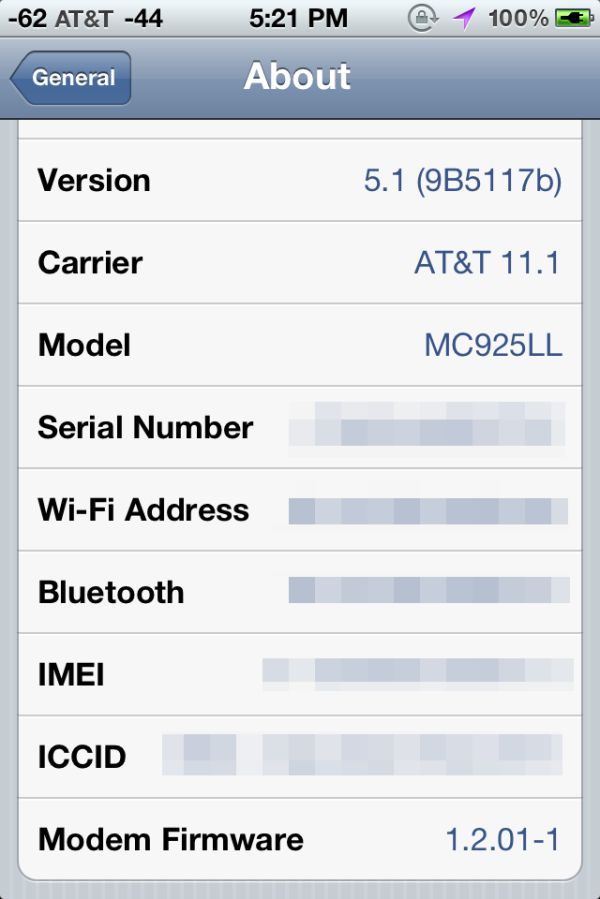 The release notes are rather spartan, and the only major new feature in iOS 5.1 are new voice dictation features in text input views:

On supported devices, iOS automatically inserts recognized phrases into the current text view when the user has chosen dictation input. The new UIDictationPhrase class (declared in UITextInput.h) provides you with a string representing a phrase that a user has dictated. In the case of ambiguous dictation results, the new class provides an array containing alternative strings. New methods in the UITextInput protocol allow your app to respond to the completion of dictation.

There's no word on whether iOS 5.1 mitigates power-related issues that iPhone 4S users are still complaining of. We'll update if we see anything major changed in 5.1.