Hands On With the Retail Oculus Rift: Countdown to Launch

The fundamentals of the Rift have not significantly changed even as far back as the DK1 and DK2 – it’s still at its core a screen and sensor package strapped to your face – but having used all four generations of the headset in one form or another, there has been a clear degree of improvement in each and every generation. Oculus has of course continued to upgrade the screen, cutting down on pixel response times while improving pixel density. But they’ve also been working on positional tracking, the optics, the fit, audio, and more. The end result has been an increasingly refined product that is as fun to use as it ever was, but with the rough edges and early technical issues reduced and/or resolved. 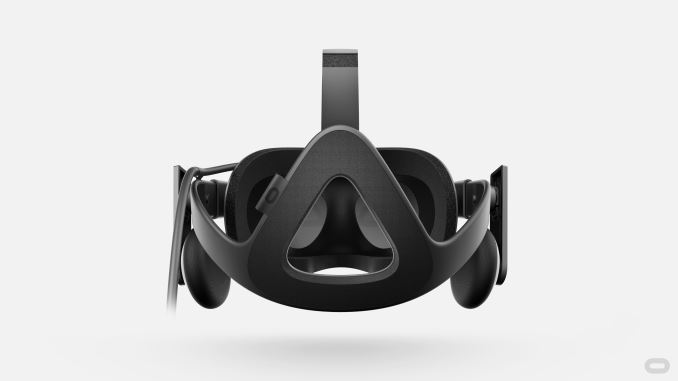 To get right to what I expect will be the big question, based on my time with the Rift at Oculus’s press demo I don’t believe that this is the perfect headset. At some point in the future there will undoubtedly be a second Rift, and it will be faster, cheaper, and better. In particular, we’re not yet to the point where pixel density is high enough to avoid seeing the edges of individual pixels (the screen door effect) on a VR headset. But that said, the Rift doesn’t need to be perfect to offer a technically solid and very enjoyable experience; it delivers on the fundamentals of the VR experience that Oculus has long promoted.

Starting with the screen then, as is well-known since last year, the Rift ships with a pair of OLED displays, one for each eye at a resolution of 1080x1200. From a technical perspective OLED works well here given its inherently low pixel response times, which has also allowed Oculus to run the displays at 90Hz. This not only improves the framerate, but also improves on what Oculus calls the motion-to-photon latency as well since a new frame is dispatched more frequently. I don’t believe Oculus has officially commented on the matter yet – and we’ll want to confirm this in our full review – but I believe the panels are using a pentile layout, which means the resolution isn’t quite as cut and dry as the official numbers.

Consequently the screen door effect is definitely present, though to what degree depends on the game. Games that are heavy in fine details like Project CARS are the worst, as even anti-aliasing can’t accommodate for what’s functionally such a low pixel density for how close the displays are to your eyes. On the other hand games that are lighter on the finer details and more abstract overall better hide this effect. Even in the case of Project CARS it’s never annoying to the point of being distracting, but it is there. It goes without saying that future iterations of the Rift will ship with higher resolution displays, and that PC video card makers are already preparing for this. 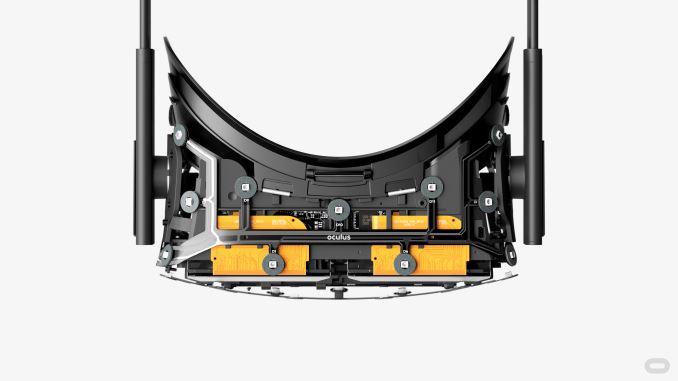 When it comes to head tracking and overall latency however I feel that Oculus has absolutely nailed it. At no point did I feel like the headset was lagging the real world – what latency is present was low enough that I couldn’t perceive it. This comes from a combination of advancements with the graphics technology and the position sensing technology, with the latter being fast enough and accurate enough that I never felt a disconnect between how my head was oriented and how the rendered world was presented. I can’t say that this means that the Rift will be a motion sickness-free experience – it’s going to depend on the content as well as an individual’s reaction times and sensitivity – but certainly after using it for a couple of hours I was no closer to being sick. Though while I’m on the subject, although the Rift doesn’t induce sickness, there’s a definite readjustment period after using it for a long while, as it takes some time to get reacquainted to depth perception and focusing in the real world.

Audio on the other hand is a mixed bag, though I feel like part of that is because I need more time with controlled testing to get a good feel for it. The Rift’s built-in supra-aural headphones are extremely convenient, making the entire Rift experience contained within a single device. However supra-aural headphones are by their nature not isolating – and with your vision already isolated this may not be a bad thing – and overall you’re looking at a limited driver side. The outstanding question then is whether a set of full headphones would deliver a better experience. At the same time controlled testing of 3D audio positioning in a few games would also be helpful; it’s a solved problem, but 3D audio implementations within games have historically varied wildly. 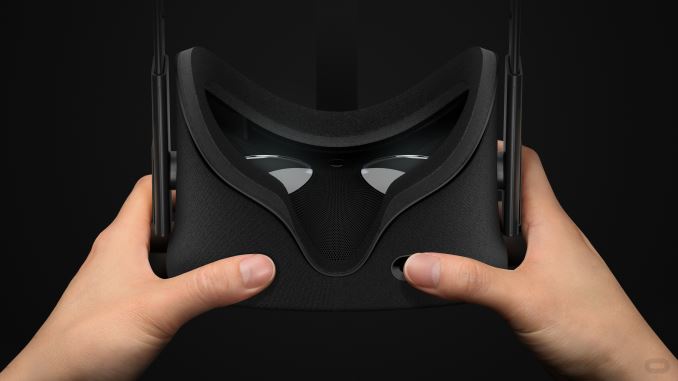 Next to the screen, the other area where I feel the various iterations of the Rift have made the most progress is with the fit. With the first devices admittedly being little more than quickly built harnesses to hold a screen in front of your eyes, the progression to retail has resulted in much better fitting devices. The fitting mechanism on the retail unit is not wildly different from the previous Crescent Bay developer kit, utilizing two side straps and a top strap. However the overall flexibility/stretchability of the retail design is far better, and as a result it can accommodate large heads without too much effort. On a personal note this was always a problem I had with the previous units (ed: he has a big head in at least one sense of the word) and as a good fit is necessary to get the optics to align correctly, this has made it so even I can use the Rift without problem for a large period of time. 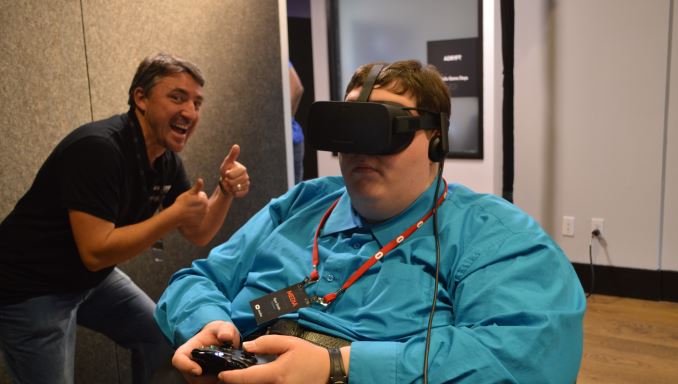 Oculus has not published an official specification for the weight of the headset, however in my experience with the fit now solved, the weight of the headset is not an issue. Even with the weight being front-loaded, the straps provide more than enough support, and the weight is low enough that it hasn’t affected my comfort. Most likely the least comfortable aspect will be that it can get hot wearing the headset, and the resulting fogging of the lenses. Though on that note, the front of the headset pushing against your face for an extended period of time will leave a temporary mark on the face for most people. And of course you will look dorky wearing the Rift – it’s a black box strapped to your face – but as the editor-in-chief for a technology website, wearing a Rift isn’t even the dorkiest thing I’ve done today.

When it ships on the 28th, the Rift will be only be available in its initial gamepad control configuration, and to this end includes an Xbox One wireless controller. Oculus also has a separate motion controller system called Touch that is in development, and while it is being demonstrated it will not be available until sometime in the second-half of the year. 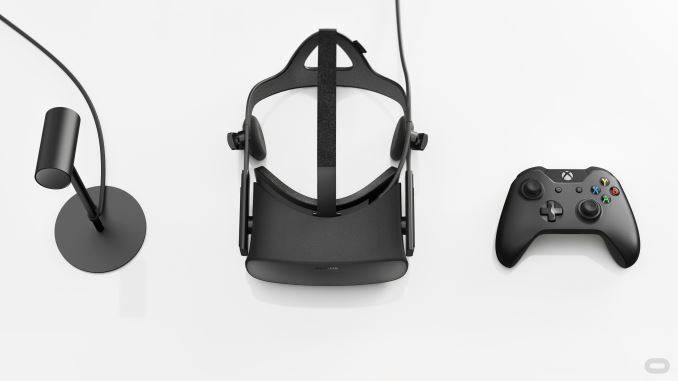 Having used both input methods – albeit never both methods on a single game – the controls work about as you expect. Playing with the Xbox One controller is like playing a traditional console game with a VR headset, whereas using the Touch controller is not too far removed from playing a Wii game with a VR headset. So what works best will depend on the game, and I find that both are comfortable and sensible for games that are a good fit respectively. Though with this being the first time I’ve used the Touch controller, I will say that I was a bit surprised by just how natural it ended up feeling after I had gotten used to it. Manipulating objects in Fantastic Contraption in VR worked very well, as squeezing the controller with your middle finger is a good analog to holding something in your hand.