Externally, the design of the Raidmax RX-700AT PSU is very subtle and simple. If not for the fan finger guard with the thicker outer rim and parallel grid, it could be easily mistaken for yet another “run of the mill” product. Raidmax markets the RX-700AT as the “shortest 700W 80Plus Titanium” power supply, but the chassis is 165 mm long and will still not fit inside several cases that can only accommodate PSUs fully adherent to the ATX standard (160mm). A well-applied satin black paint covers the chassis of the PSU, with fairly good anti-fingermark capabilities. 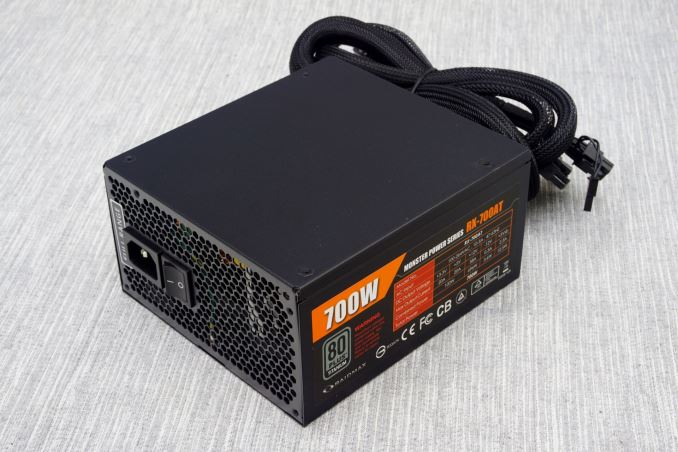 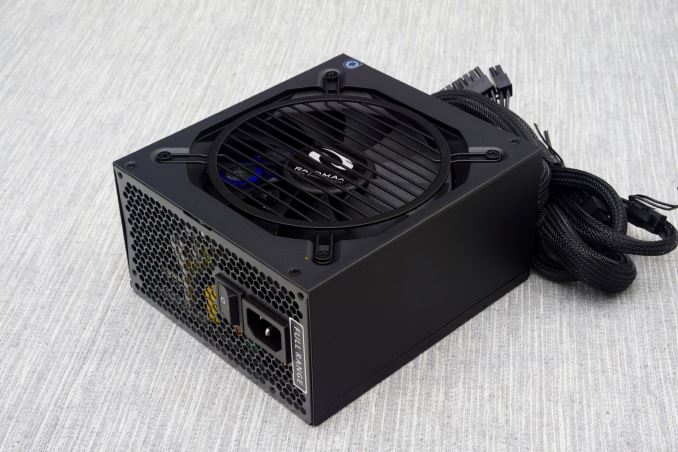 Raidmax placed the sticker with the electrical specifications and certifications of the PSU on the left side of the chassis, making it visible from a windowed side panel if the PSU is installed with its fan facing downwards. The right and top sides of the chassis are entirely plain. 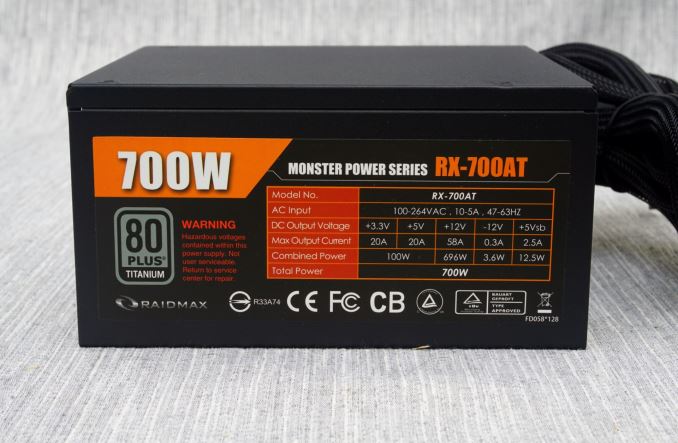 The rear of the RX-700AT is very simple, with only the AC cable receptacle and a small on/off switch to be found. Four connectors for the modular cables can be found at the front side of the PSU, next to the hole where the hardwired main cables exit the chassis from. All of the hardwired cables have black connectors, black wires and standard single sleeving. 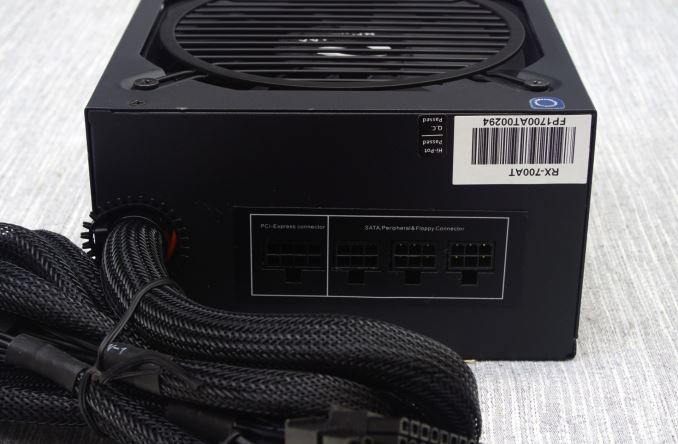 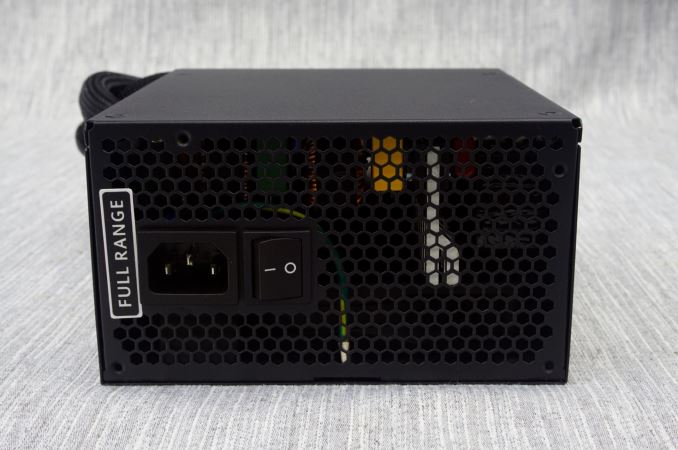 It's worth repeating the cable arrangement again from the first review page:

Typically in a 700W power supply, especially in light of the recent release of the RX480 (and claims that two cards can outperform a more expensive card), having the potential for multiple PCIe devices can be a draw to potential buyers. Having a total of four (two fixed and two optional) 6+2-pin connectors is ideal here. With that being said, the presence of a single EPS 4+4 pin connector may be limiting to users who want to push a high-end desktop platform. 700W with an 80Plus Titanium rating will fit nicely with a number of HEDT users who require a discrete graphics card, and a number of HEDT arrangements when overclocked have the ability to add another EPS connector to assist in power delivery to the processor. This ultimately affects a small number of users, so it would seem that Raidmax aiming for the mass market could potentially reduce the price with only a single EPS connector.

A black 135 mm fan is responsible for the cooling of the RX-700AT. Raidmax has replaced the branding sticker on the fan’s engine with one of their own but our investigation revealed that the original manufacturer of the fan is Shenzen Poweryear. We could not find a datasheet for the particular fan model but it has a dual ball bearing engine and a maximum speed of 1500RPM. 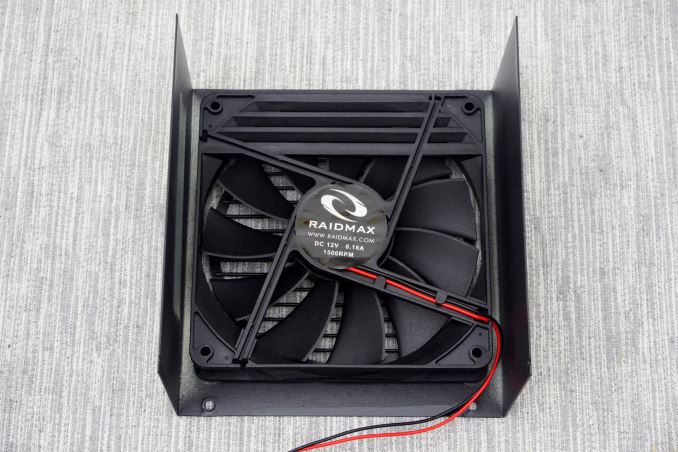 A look inside the Raidmax Monster Power RX-700AT instantly revealed that the OEM behind the unit is Andyson, as the layout is almost identical to that of the Andyson N500 PSU that we reviewed last year. The design is based on a half-bridge inversion stage with resonant conversion, which is good but atypically basic for such a high efficiency product. It has two rectifying bridges on the same heatsink as the active PFC components, two transistors and one diode. 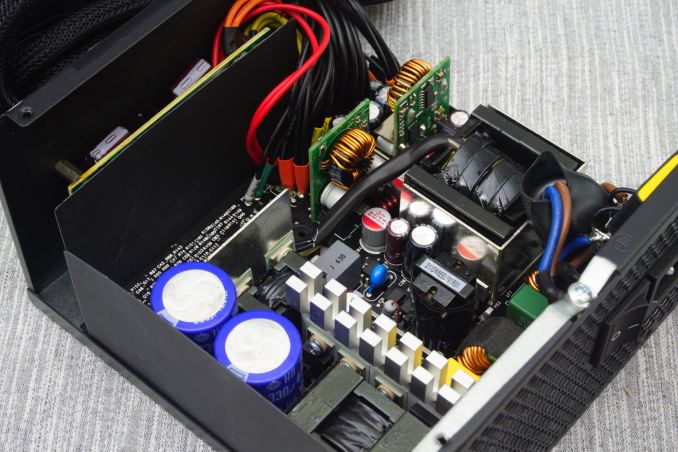 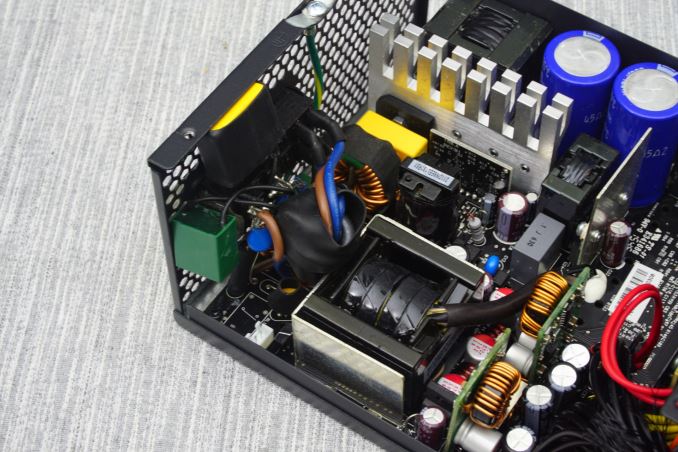 The main capacitors of the RX-700AT are two Hitachi products, rated at 420V/330μF each. These are very high quality capacitors but their combined capacitance appears to be far too high for a 700W PSU, which is likely to cause high inrush currents when plugging the unit in. The secondary side capacitors are supplied by Nippon Chemi-Con and Nichicon. FPCAP supplies the polymer capacitors. 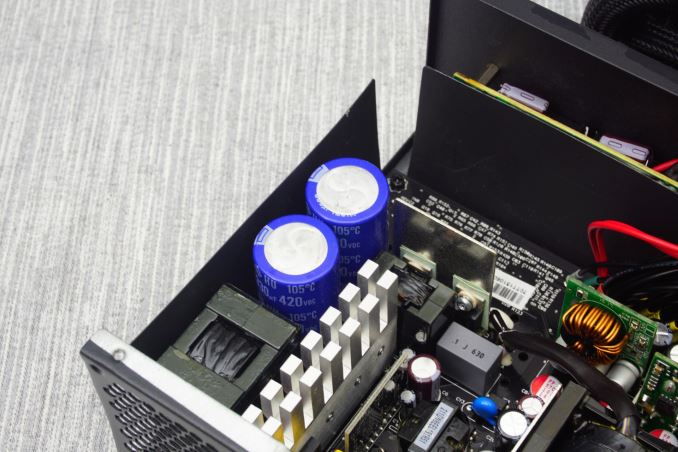 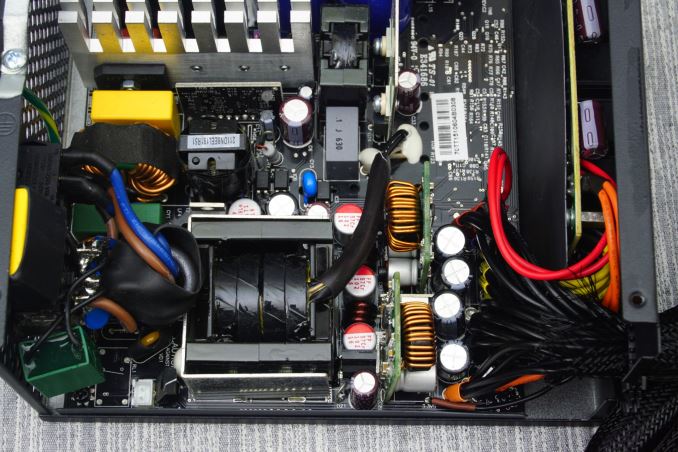 The assembly quality of the RX-700AT is generally acceptable but there were several points that could use better attention, especially considering the very high retail price of the PSU. The soldering job is great, without loose or overly large joints. Most of the problems that we encountered seem to involve tasks that were likely made by hand. For example, most of the heatshrinks hardly cover the joints, with some being wrapped around just the insulation of the cable alone. One of the X-type filtering capacitors that was supposed to be glued on the side of the AC receptacle was detached and floating inside the chassis, most likely because the silicone glue used was not of good quality or did not cure properly. Such quality errors could be passable in a $30-40 unit, but they are definitely not something we expect to see in a >$150 product. 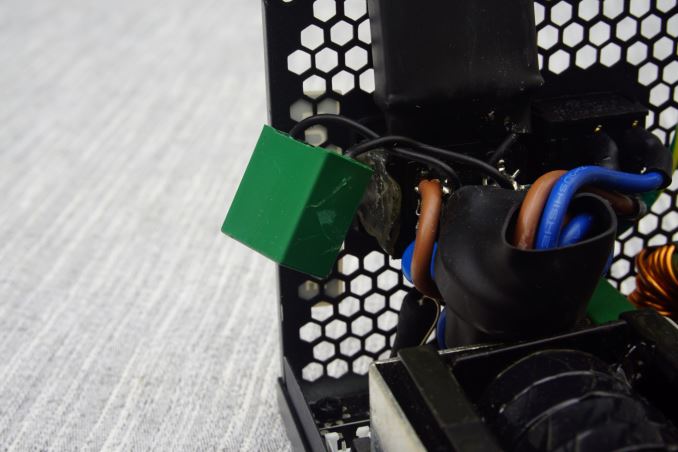