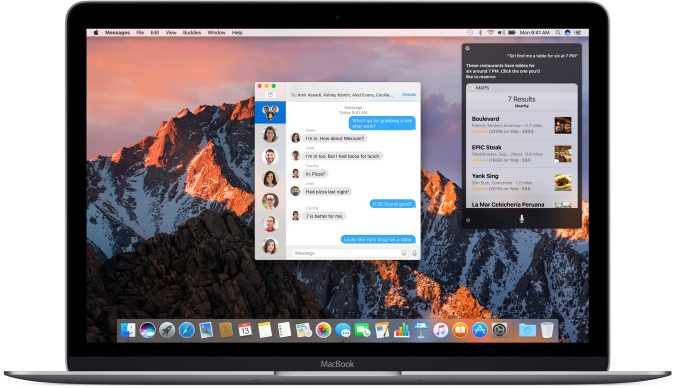 macOS Sierra was announced at this year's WWDC, and by this point it's now on its second beta release for developers. Today Apple is making a beta version of Sierra available to the general public as part of the Apple Beta Software program that technically began with the original Mac OS X 10.0 beta, but more recently began again with the later releases of OS X Mavericks. The macOS betas allow Apple to bring a wider range of users into the development and testing process which helps with discovering bugs and getting feedback about the implementation of new features.

The macOS Sierra beta will be available for anyone with a supported Mac to download from Apple's beta software site later today. As always, Apple notes that the OS is still in development and so bugs and other such issues may be encountered with existing applications as well as updated applications and features that have been added to the OS. Users also also encouraged to provide feedback via the built in Feedback Assistant app. Updates will be provided through the Mac App Store as usual, and when the final version of macOS Sierra launches there will be a direct update to it as well.