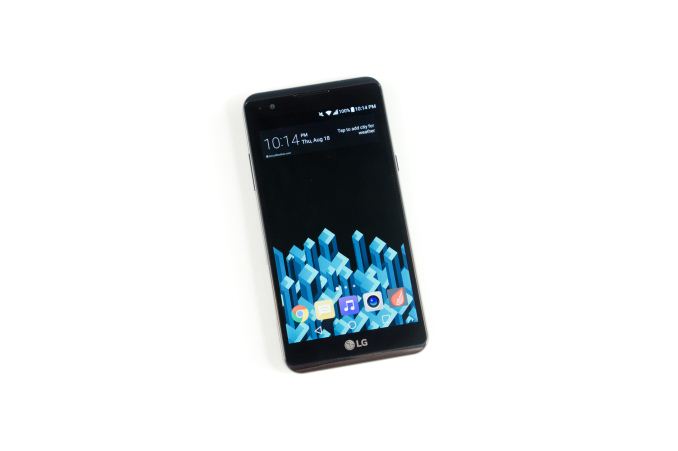 In the mid-range segment of the smartphone market you really have two types of products. The first are smartphones like the Moto G, which try to provide a good all-around experience. They aren't really exceptional in any respect, but the hope is that providing a decent experience in every respect will lead to a good overall user experience. The second type of device is one that really sells itself on a single feature. Whether it be a great camera, or a great display, the phone's identity is based on this one aspect. That doesn't necessarily mean that the other aspects of the phone are bad, but there may not be the same balance as there is with a good all-around performer.

The smartphone I'm reviewing today falls into that second camp. It's the LG X Power, a device that really sells itself on being a smartphone that will last far longer than any other. The LG X Power is just one device in LG's line of smartphones that all focus on being the best at a single thing, with some other devices in the line being named the LG X Style, LG X Mach, LG X Max, and LG X Screen. The LG X Power is the first device I've ever reviewed that really ties itself to a single feature, and you can check out its entire spec sheet below.

To start things off, the word power in LG X Power definitely isn't referring to a powerful SoC. The LG X Power comes in two versions, with the international model using MediaTek's MT6735 SoC and the North American model using Snapdragon 212. These SoCs don't actually use the same ARM cores which is really strange, and they're not paired with the same amount of memory either. The unit I'll be reviewing today is the generally less powerful North American variant, which has four Cortex A7 cores that reach a peak frequency of 1.3GHz, along with 1.5GB of LPDDR3 memory and an Adreno 304 GPU.

The display on the LG X Power is the same size as LG's flagship G5 smartphone, but with just one quarter of the pixels. It's a 5.3" IPS LCD display with a resolution of 1280x720. At this size LG is pushing the boundary of where 720p remains acceptable, but given that the phone's purpose is to provide great battery life, the choice of a 720p resolution was likely a calculated decision to avoid putting additional strain on the battery.

The LG X Power gets more interesting when you take a look at its battery and the overall size of the phone. It has a large 4100mAh battery, but it packs it into a relatively thin and light chassis. I'll talk more about that in the design section below, but LG has managed to include a large battery without making the phone too heavy to comfortably use like some other smartphones with large battery capacities are.

The cameras are another point where the LG X Power differs between its two models. Both have a 5MP front-facing camera, but the North American model only uses an 8MP sensor, while the international model is 13MP. The aperture is also wider on the 13MP version, and MediaTek's ISP allows for 1080p recording which is not available on Snapdragon 212.

As for connectivity, there's 2.4GHz 802.11n support, Bluetooth 4.1, GNSS, and your standard Micro-USB and 3.5mm audio ports. LG also provides a MicroSD slot for expanding the 16GB of internal memory.

The LG X Power has a very functional design. Given that it sells for around $150, you won't find an aluminum unibody or chamfered edges here. However, smartphones like the Moto E have shown that it's possible to build a solid feeling smartphone even when working under heavy budget constraints. 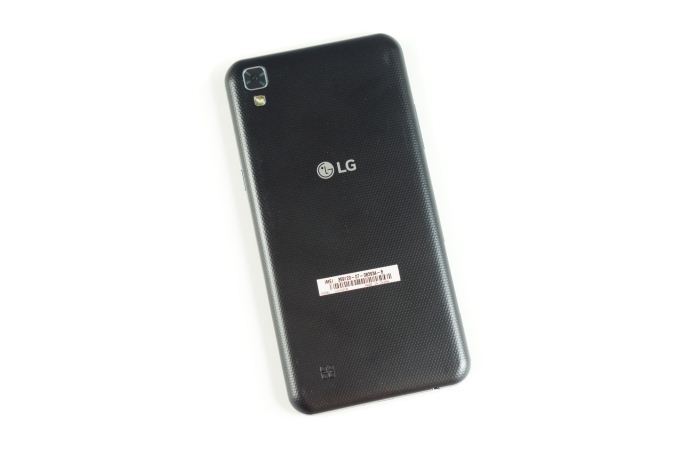 For whatever reason, the back of the LG X Power actually reminds me of my original Galaxy S i9000. The pattern on the back cover, rectangular camera lens, and double slit speaker are all very similar, although their placement is not identical. Of course, the feeling of the two phones is completely different. The LG X Power's back cover has a texture to it that is quite fine, but helps in making it easier to grip. You can't remove the back cover, which is good because it allows LG to make decisions about the internal layout to increase the space for the battery that would not be possible if the phone had a removable cover and a hard-cased battery. This also prevents the flex that many mid-range smartphones with removable covers have near where the cover meets the edges of the phone.

The edge of the phone actually reminds me of my Galaxy S as well, which isn't really a good thing. The fake chrome finish looks really tacky, and LG would have been better off just making it black plastic with a matte finish or something of that sort. 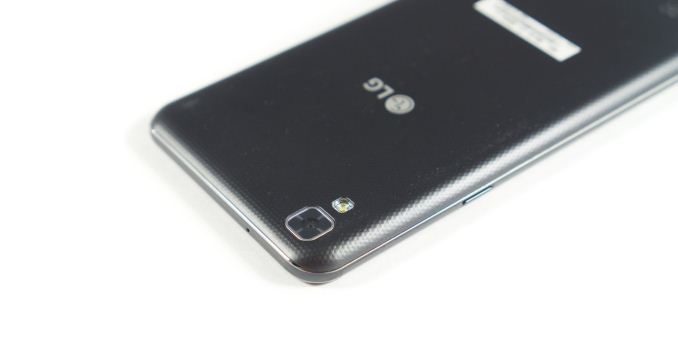 Even though the LG X Power has a 5.3" display, the usability in one hand isn't too terrible. It's definitely not as good as something like the iPhone 6s or the Galaxy S6, but it's not as difficult as the 5.5" and 5.7" devices that are coming into the mid-range like the Moto G4 series. LG has opted to put the volume rocker on the left side of the phone, and the sleep/wake button on the right. This is the same decision they made when bringing the LG G5 back to 5.3" from 5.5" with the G3 and G4, which used rear-mounted buttons. As someone who has used a lot of Samsung and Apple devices, I don't mind this at all, but I know that some users find it bothersome to have the volume rocker on the left side of such a large device.

The front of the phone is fairly basic, as most smartphones are these days. There's an earpiece on top, and a large LG logo on the bottom just in case you forget which phone you're using. I think it would have been helpful to put some capacitive keys there instead, although in the case of the LG X Power this can actually be excused as a method of freeing up additional internal space to fit a larger battery.

When I first got the phone, I was really surprised that LG was able to fit such a large battery into a device of this size. Readers may be wondering why other vendors can't fit such large batteries into phones that are actually larger and heavier. Unfortunately, I can't rip apart the LG X Power to show the insides, but based on how the insides of other phones look it's possible to make some educated guesses. Given the simple specifications of the LG X Power, one can guess that the layout of the logic board isn't very complicated. As I mentioned earlier, not having the removable back gives LG some freedom to arrange things internally to maximize the amount of space for the battery, and not having any electronics under the bottom bezel for capacitive keys helps with that as well. In a phone with additional coprocessors, larger camera sensors, and other objects on the logic board, it's more difficult to fit a large battery.

With smartphone design you're always balancing a series of tradeoffs. The design of the LG X Power is fairly plain, and it doesn't bring on the excitement that a phone like the Honor 5X does by putting a metal chassis in a relatively inexpensive phone. In LG's case the phone really has to sell itself on the large battery because the other aspects of the phone aren't too exciting, but there's definitely a market for that sort of smartphone if LG can provide a decent experience for the other aspects too. Ultimately the LG X Power's design is functional rather than beautiful, and that's really what the phone is about.