We received the US layout version of the Das Keyboard Prime 13. It is a standard 104-key keyboard that fully adheres to the ANSI layout, with a normal bottom row. The bottom row of the keyboard has a 6.25× Spacebar and seven 1.25× bottom row keys. The left "Windows" key has the Das Keyboard company logo printed on it. The right "Windows" key has been replaced with the "Fn" key that can be used to access advanced functions via keystrokes. 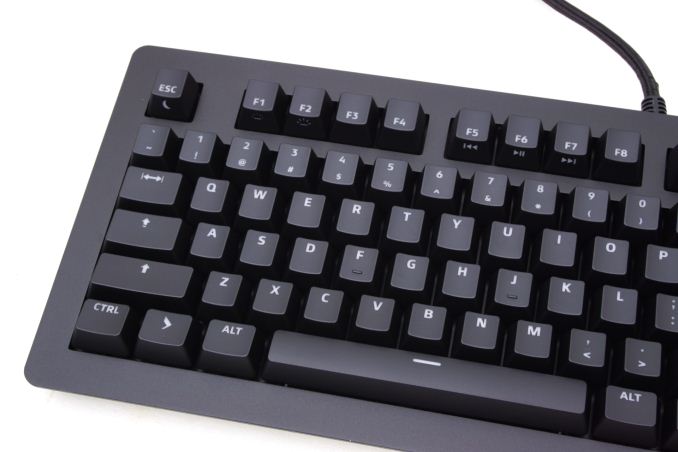 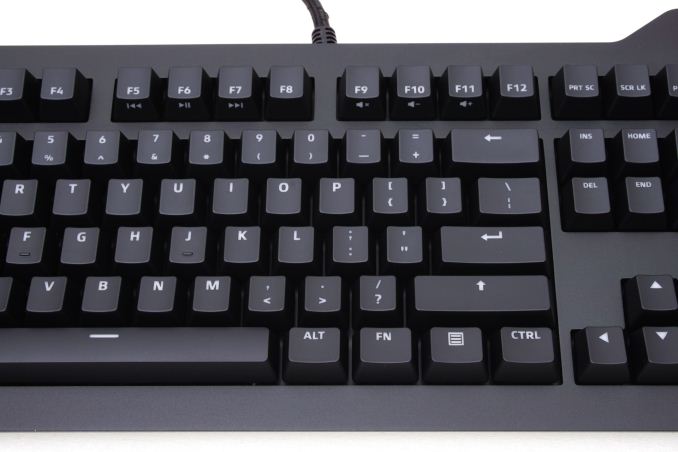 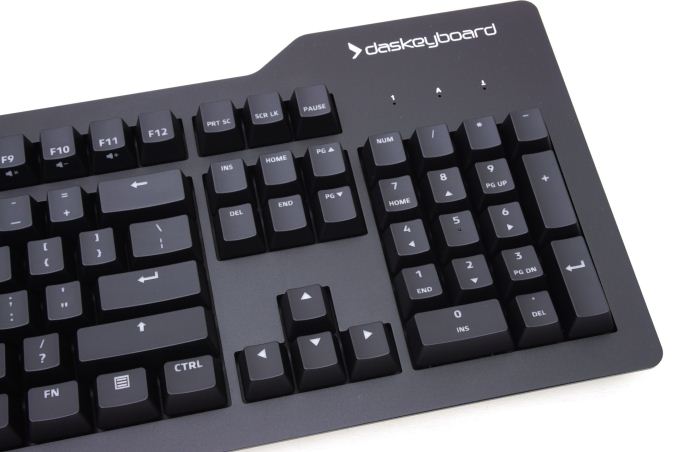 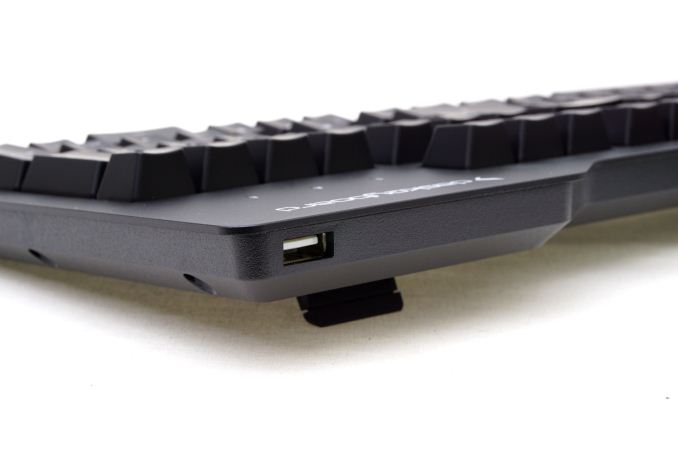 Again, beneath the keycaps we find original Cherry MX switches. This time however the switches have LEDs attached. We also found that Das Keyboard switched to cross-type Cherry stabilizers for all of the keys, which hints that the designer expects that the target group of this keyboard will at least try and remove the keycaps, even if only for cleaning. 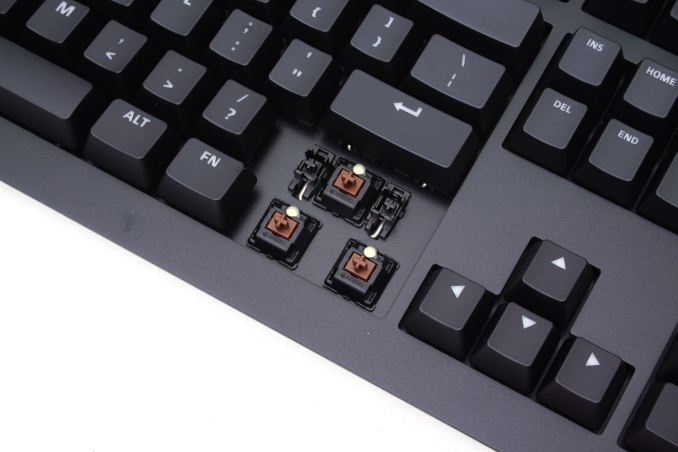 The white backlighting of the Das Keyboard Prime 13 is very well applied and stunningly bright. With the LEDs at their maximum brightness, using the keyboard in a very dark room is practically intolerable. A very slightly blueish hue spills around the keycaps, the effect of which is largely enhanced by our camera's lens, from the light bouncing on the black steel plate beneath the keys. We should also mention that the switches of the ESC row have been placed upside down, illuminating the advanced commands that are etched on the front side of the keys. This was an excellent design choice and the visual effect is excellent when viewing the keyboard on a desktop. We should also note that the LEDs will automatically switch off after 10 minutes of inactivity and come back on once a key has been pressed.

Internally, the Das Keyboard Prime 13 has only one PCB, which also is entirely different than that of the Das Keyboard 4 Professional. We noticed no significant quality shortcuts, with the assembly job and materials being of excellent quality. The significant downgrade is the Holtek HT68FB560 microcontroller. With an internal clock of 12 MHz and 16 KB of flash memory, it seems to be majorly inferior to the Nuvoton microcontroller that the Das Keyboard 4 Professional is using, yet it still is more than enough for a keyboard without any programmability options. 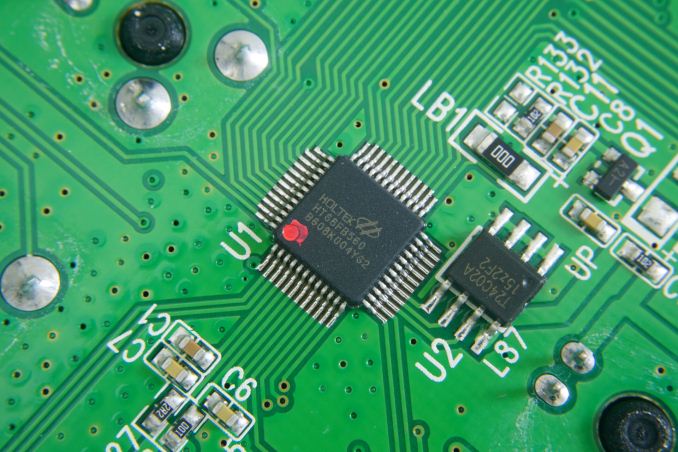