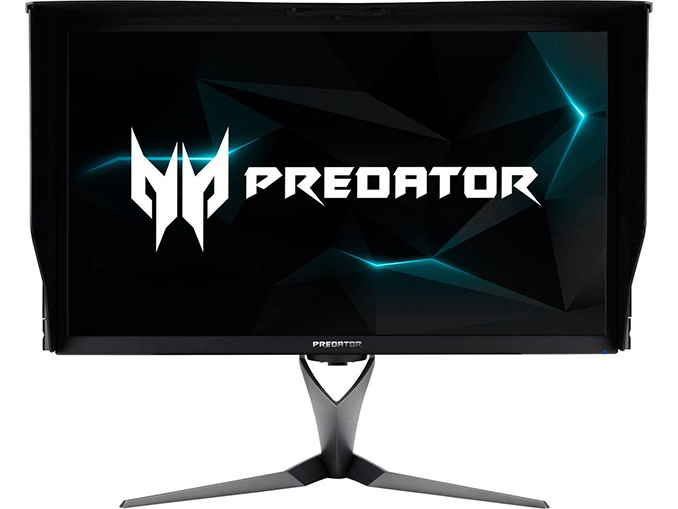 After previously being listed in Europe last month, G-Sync HDR monitor listings are finally showing up in the US, answering by far the biggest outstanding question on the new monitors: pricing. As of today, Newegg has started to take pre-orders on Acer’s Predator X27 G-Sync HDR display, listing the monitor at $1,999.99. Meanwhile, Acer has introduced a couple of last-minute changes to the specs of the monitor.

Pre-orders on the highly-anticipated G-Sync HDR-supporting Acer Predator X27 were previously expected to start at the end of this month, but it look like Newegg and Acer have moved things forward a bit. Since the announcement of the monitor and its prototype nearly a year and a half ago at CES, we were given a $2000 ballpark figure for the monitor. However there has been some doubt about that given the nature of the technology, production yields, and what kind of profit margins NVIDIA plus its partners were after. All of which were amped up when the monitor was first listed in Europe last month at the equivalent of about $2500. So with retail US prices at merely $2000, it looks like pricing will be right where we expected it to be at; which is to say that it's very much an ultra-high-end monitor for a niche group of gamers with deep pockets, but also one that stands to greatly exceed anything else currently on the market.

At any rate, in case you were rich enough to try buying multiple monitors, it's worth noting that Newegg limits availability of the display to one unit per customer, which may indicate that the number of monitors that Acer allocated to the reseller is limited. Otherwise, for gamers who do throw down two grand on the monitor, they are expected to ship on June 1st, according to Newegg. 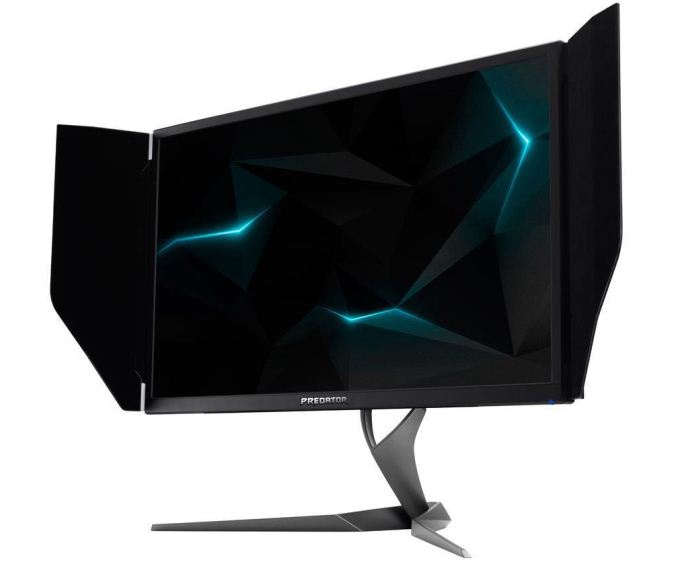 For those who wonder what kind of gaming display you can get for $2,000 let us remind you the basic specs of the product. The Acer Predator X27 is based on an AHVA panel with a 3840×2160 resolution, 178°/178° horizontal/vertical viewing angles, a 4 ms response time, an "up to" 144 Hz refresh rate (native refresh rate is 120 Hz), and 600 nits native luminance with 1000 nits peak. Critically, the monitor uses a a 384-zone FALD backlight to ensure the necessary localized contrast ratios, which is further enhanced with quantum dots to offer a wider-than-sRGB color gamut. 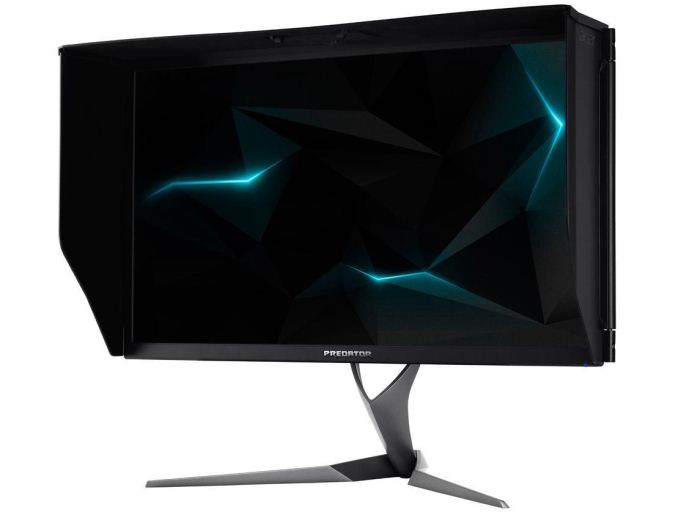 One interesting item however is that when Acer originally introduced its Predator X27 a year ago, it said that the unit could display 96% of the DCI-P3 color range. But right now the company's product page only indicates that the monitor can cover 99% of the AdobeRGB color gamut (which is similarly wide to DCI, but not covering the same gamut). This is likely a product page oversight – this being an industry that regularly lists NTSC gamut ranges for no good reason – but not a appreciable one all the same.

Meanwhile, according to product specifications, it appears that Acer has also removed the Tobii eye-tracking sensors that were present on early prototypes (keeping in mind that far not all games support the tech, it will hardly be missed by many). Meanwhile, not in the prototype but now appearing in the final version are an adjustable stand a light shielding hood (like professional monitors) to prevent glare caused by ambient lighting as well as to ensure accurate colors. 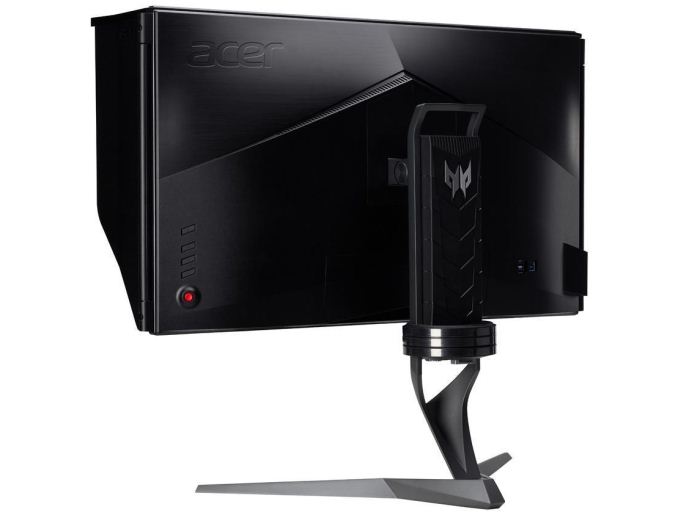 Obviously, playing games in a 4K resolution with HDR and dynamic refresh rates should be quite a good experience. In the meantime, there are a couple of things to keep in mind here. To take full advantage of the Predator X27 monitor, gamers are going to need an NVIDIA GeForce GTX 10-series (or better) graphics card with a DisplayPort 1.4 output. NVIDIA & Acer are using every bit of bandwidth offered by DisplayPort 1.4 here, but that is not enough as the X27's bandwidth requirements actually exceed what DisplayPort can provide today. Consequently, to stay within the bandwidth confines of the interface, the monitor (like all monitors based on the NVIDIA’s G-Sync HDR prototype) will either be limited to a 98Hz refresh rate with full 4:4:4 chroma subsampling, or use 4:2:2 subsampling to get to 120Hz+. Meanwhile as you might expect, the display's lone HDMI 2.0 port is limited to 60 Hz operation. 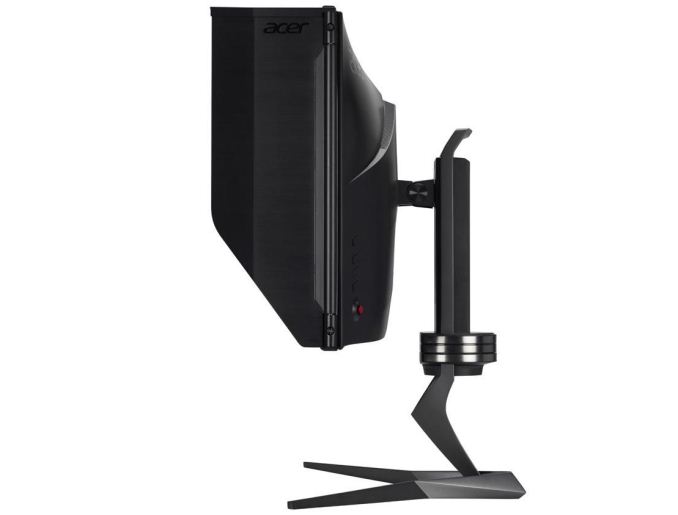 Finally, like some other high-end gaming monitors, the Acer Predator X27 has a quad-port USB 3.0 hub for peripherals and two 4 W speakers that gamers typically use for operating system sounds.