The ASRock B360M-ITX/ac looks like just about any other Mini-ITX board with its black PCB, two DRAM slots, and single PCIe slot. With real estate at a premium on small boards like this, there are a lot of features in a small area. The board includes four SATA ports and a single M.2 slot for either SATA based of PCIe NVMe drives. Being a B360 based board that does not overclock, we see the VRM heatsink isn't as large as we have seen on Z370 Mini-ITX we reviewed in the past. That said, it looks like your typical small form factor board in all black which should fit in many build themes. 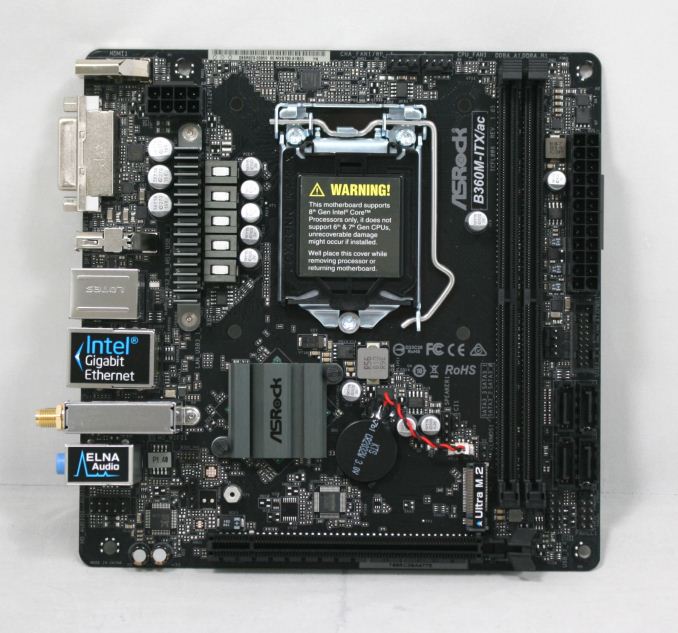 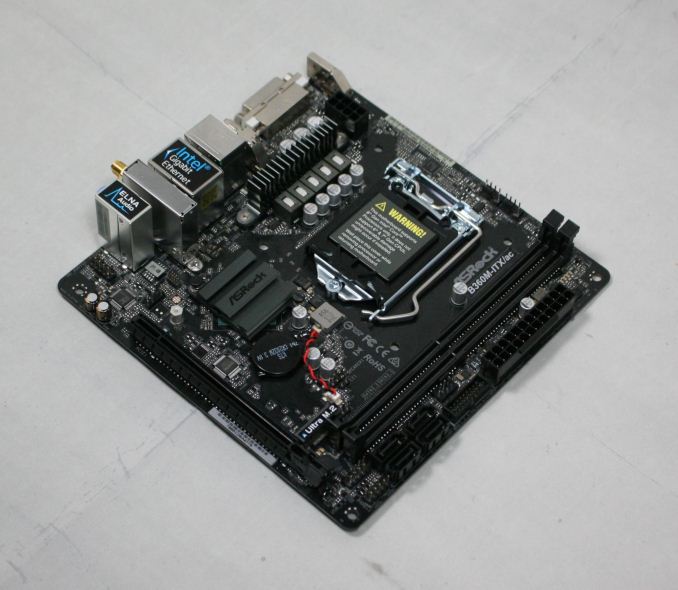 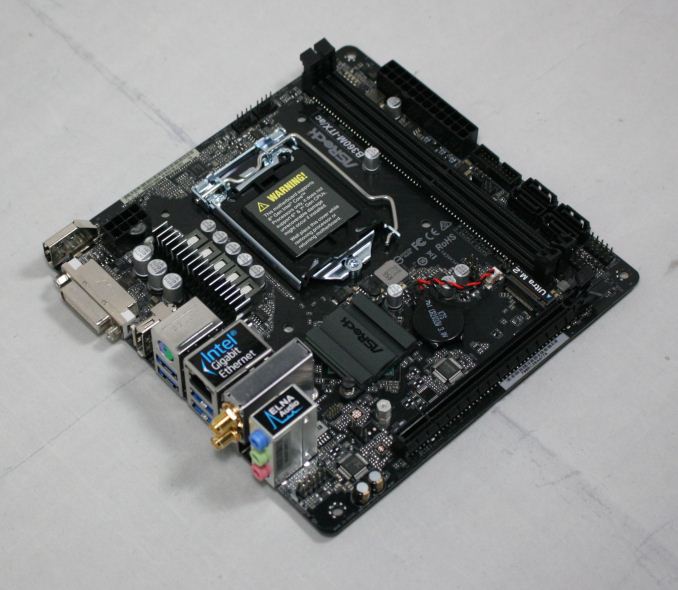 One of the first things we talk about is an RGB LED implementation, but this one will be easy. It doesn't have any RGB LEDs on the board - not even an RGB LED header to add a strip to down the road. So if RGB LEDs are a need on the motherboard, one will have to look elsewhere. That said, this may be a positive to some as many simply do not want them in the first place and this likely saves a couple of dollars on the cost of the motherboard.

The board does have a total of three 4-pin fan headers in various locations, which is usually one more than most mini-ITX boards. The CPU fan header is located above and to the right of the CPU socket. Directly to the left of it is the Chassis Fan/Water pump header which supports up to 2A (24W) power whereas the other two headers output 1A (12W). The Chassis Fan/Water pump header also supports smart fan speed control and will auto-detect if a 3-pin or 4-pin (DC or PWM) fan is in use. The fans can be controlled through ASRock's FANtastic Tuning application in the BIOS or in Windows through the A-Tuning software. 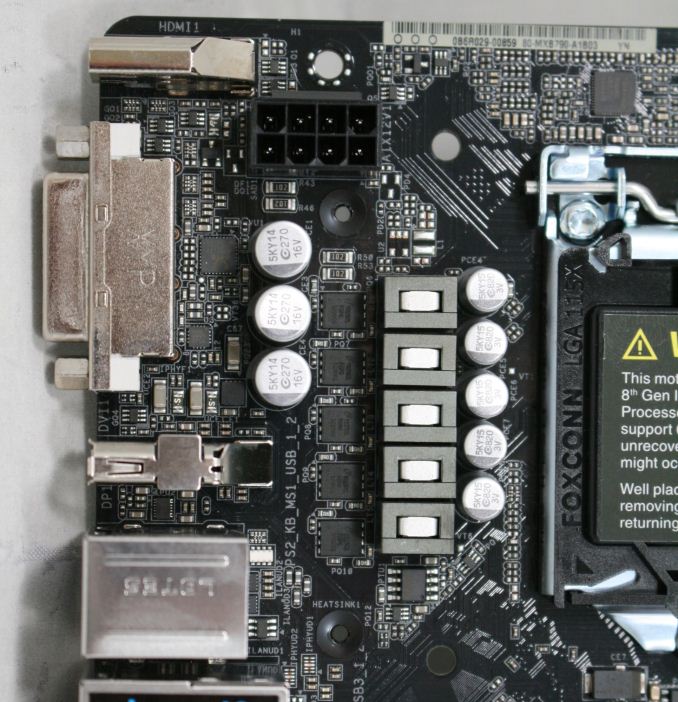 Power delivery on this board is set up as five total phases with the MOSFETs and chokes to the left of the socket and the Intersil 95866C PWM regulator above it. The dual N-channel MOSFETs are from Fairchild Semiconductor (FDPC5030) and rated at 25A each while the chokes are rated at 60A. Power is supplied through a single 8-pin EPS 12V plug.

The bottom portion of the board is where we will find the full-length PCIe x16 slot. Unlike other more expensive boards, the B360M-ITX/ac does not fortify the slot. Just above the PCIe slot is the M.2 slot which is capable of supporting both PCIe NVMe devices, as well as SATA based M.2 modules. When using a SATA based M.2 module, SATA port 0 will be disabled.

The rear IO is fairly simple but should offer users what is needed, perhaps not in the quantities many would like to see though. The left side has the video outputs, HDMI, DVI-D, and a DisplayPort for using the integrated graphics on the CPU. To the right of that, we can see a legacy PS/2 port and the Intel I219-V Gigabit Ethernet port. Below these are four USB ports (2x USB 3.0 and 2x USB 3.1 - the latter under the Ethernet port). Continuing right, we see the 802.11ac Wi-Fi module which supports speeds up to 433 Mbps (a bit slower than most, but still enough for most users).  Last but not least is the audio stack. Here we see a 3-plug implementation that is fed to the ALC887 codec. 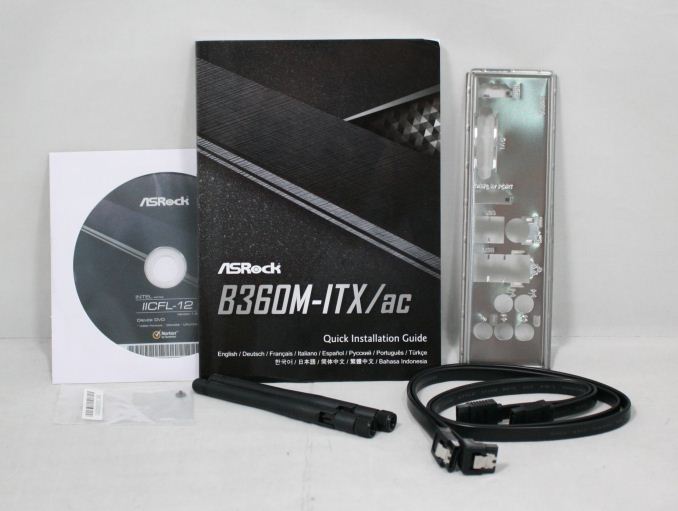 Also a fairly barren accessory package, but it still includes what is needed to the system up and running.