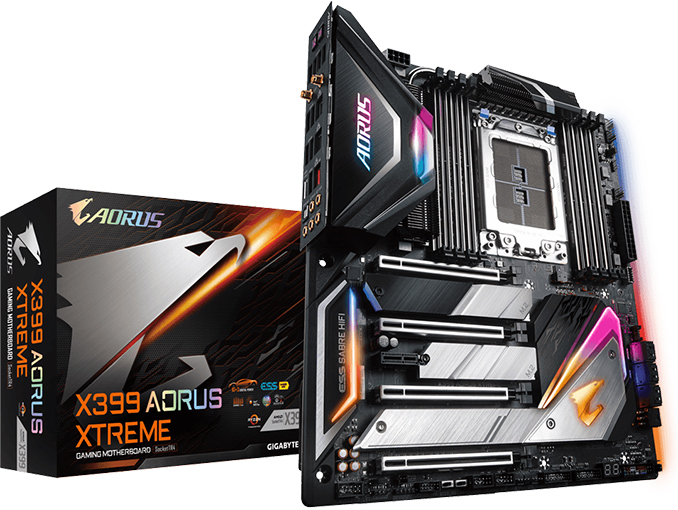 With the first AMD Threadripper 2 processors hitting the market today, GIGABYTE has started shipments of its flagship X399 Aorus Xtreme motherboard for AMD’s new chips. The motherboard comes in EATX form-factor and packs pretty much everything that one might want from a high-end desktop, including plenty of slots for add-in cards and additional SSDs, 10 GbE connectivity, an 802.11ac Wave 2 Wi-Fi controller, a high-end audio DAC, and so on. Flagship features also means flagship pricing, however, as GIGABYTE will be selling their uber Threadripper 2 board for $449.

The GIGABYTE X399 Aorus Xtreme was designed specifically for AMD’s latest Threadripper 2 processors, meaning it can handle their 250 W TDP and then some, providing some additional headroom for overclocking. To ensure the latter, the mainboard has two 8-pin EPS connectors, something typically found on dual-socket and extreme enthusiast platforms. The motherboard has a 10+3-phase VRM featuring 50A IR3575 power ICs, solid state inductors, and polymer aluminum electrolytic capacitors. The VRM is covered with passive coolers featuring a direct contact heat pipe, multiple aluminum fins for a better heat dissipation as well as two 30-mm fans that kick off at low RPMs once the PWM reaches certain temperature. In addition, GIGABYTE installed a massive heatsink on the X399 chipset that not only cools down the chip, but plays an important aesthetic role as it has embedded RGB LEDs. Speaking of RGB, there are several other zones featuring RGB LEDs, but it is noteworthy that GIGABYTE did not make its top-end platform look like a Christmas tree. 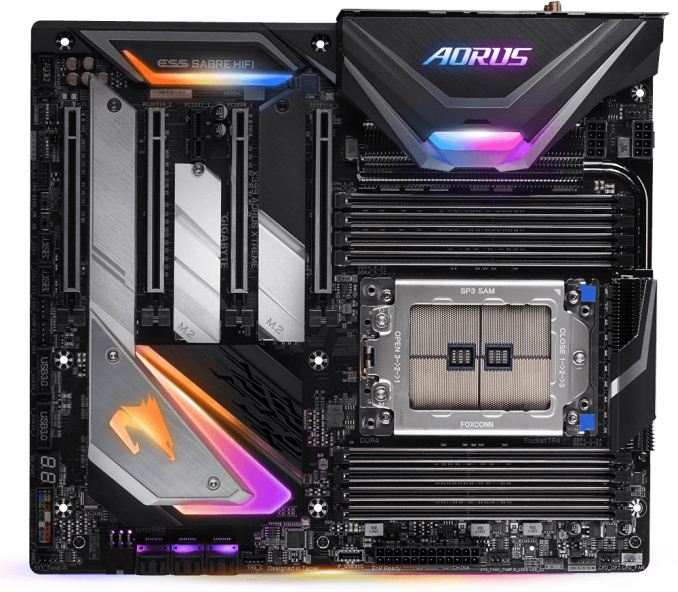 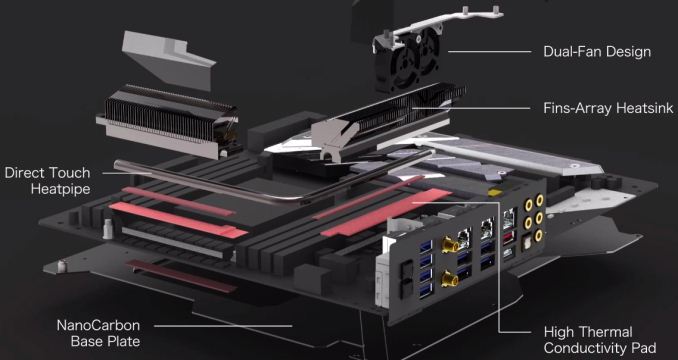 Moving on to network connectivity capabilities of the X399 Aorus Xtreme because this is something that GIGABYTE may be proud of. First off, the motherboard has one 10 GbE port powered by the Aqunatia AQC107 chip. In adition, it has two GigE ports powered by Intel i210AT controllers. To top it off, the platform is outfitted with Intel’s Wireless-AC 9265 802.11ac Wave 2 controller, which supports 2 spatial streams with up to 867 Mbps data transfer rates. Four network connections on one PC sounds like a bit of an overkill, but the target audience for modern high-end desktops is all about overkill. 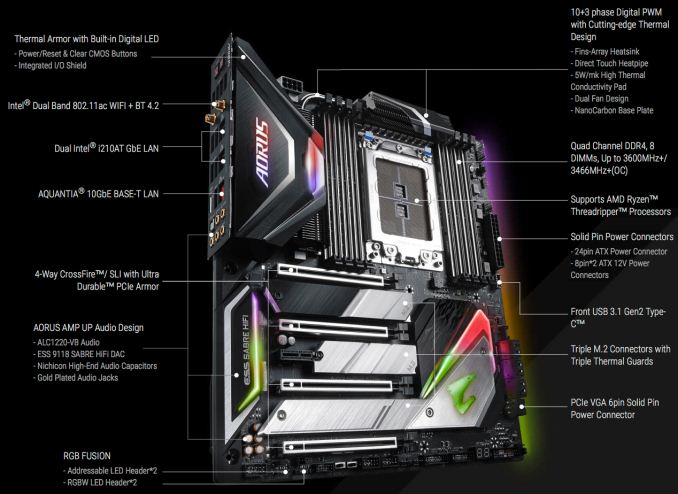 The audio subsystem of the X399 Aorus Xtreme is another differentiating feature of a high-end product. The 7.1-channel subsystem is based on Realtek’s ALC1220-VB codec outfitted with the ESS9118EQ DAC that features a 125 dB SNR and supports popular lossless formats, such as FLAC and ALAC. The audio tract uses Nichicon audio capacitors, has five gold plated audio jacks as well as a Toslink S/P DIF. 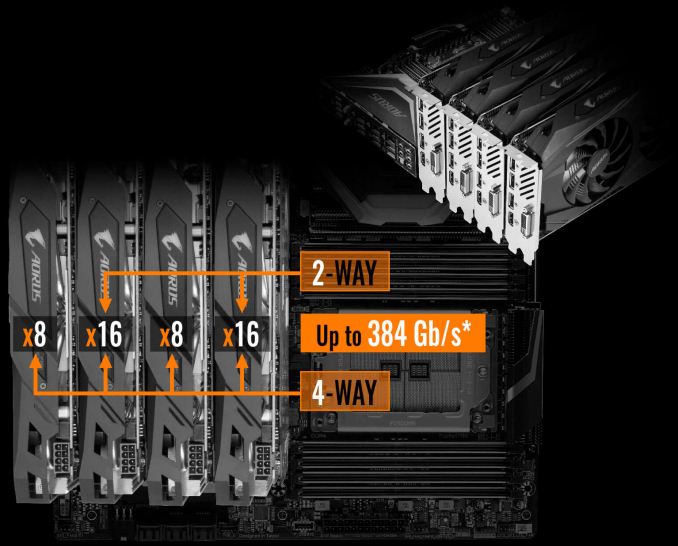 GIGABYTE’s X399 Aorus Xtreme motherboard is now available for pre-order from leading retailers, including Amazon and Newegg. The mainboard carries an MSRP of $449, which although is expensive, is also still a fraction of the price of the $1799 flagship 2990WX processor that GIGABYTE no doubt expects many of these boards to be paired with.