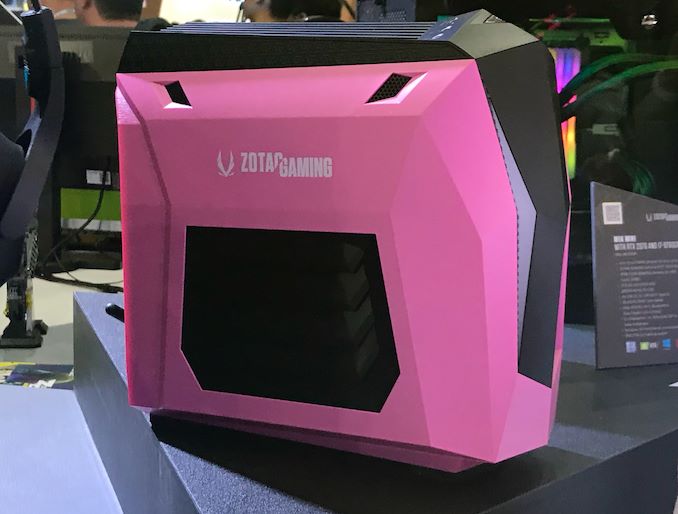 Having launched their gaming-focused Mek Mini, Mek Ultra, and VR Go 2.0 computers over the past year, ZOTAC can now address virtually all segments of gaming PC market. But even with their current lineup, there are customers that require something that looks uncommon and exclusive. To that end, ZOTAC is working on colorful versions of its Mek Mini desktop, including, of course, a pink version.

Back at CES, the company originally demonstrated four Special Color Editions of its Mek Mini systems, with cases in green, white, grey, and red. So for this year's Computex, ZOTAC showcased a pink version of its Mek Mini, to complete their rainbow lineup.

As far as hardware is concerned, ZOTAC’s Mek Mini Special Color Edition systems are based on Intel’s Core i5-9400F six-core processor, and is accompanied by NVIDIA’s GeForce RTX 2070 graphics card with 8 GB of GDDR6. The PCs are also equipped with 16 GB of DDR4-2666 memory, a 240 GB PCIe/NVMe M.2 SSD, as well as a 2 TB 2.5-inch hard drive. 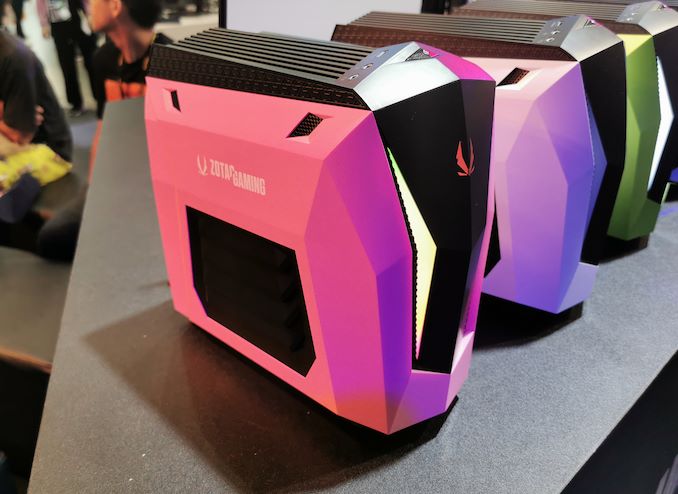 ZOTAC yet has to announce details about the availability of its Mek Mini Special Color Edition systems, but since they are based on Intel’s 9th Gen Core processors (vs. 8th Gen Core CPUs on regular models), expect them to be available when the manufacturer feels a need for a refresh of its existing compact gaming PCs. 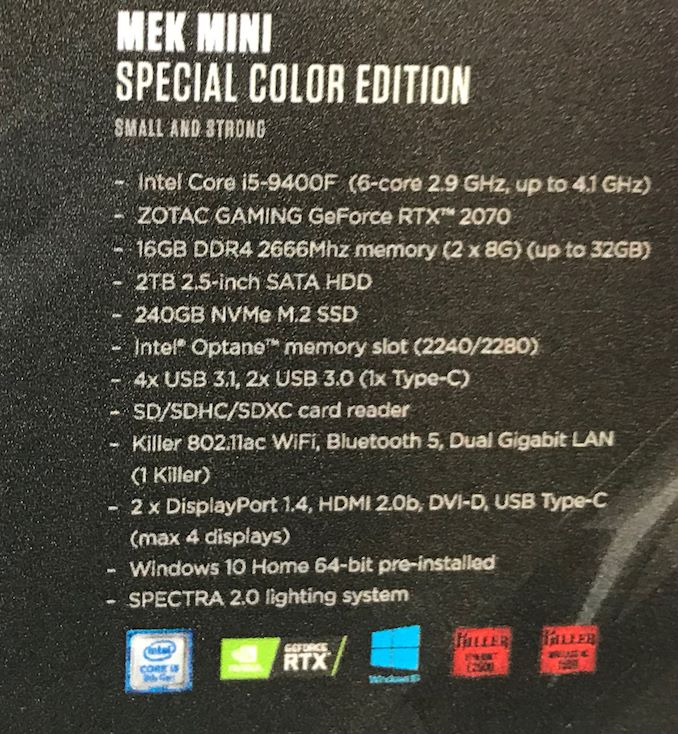