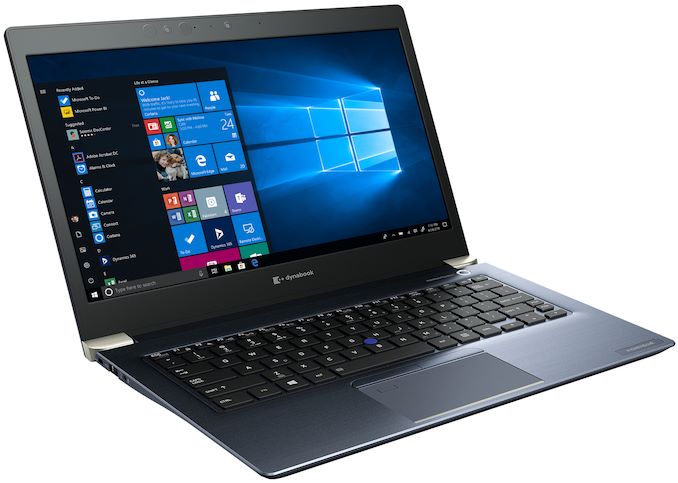 Because of the corporate turmoil in 2016 – 2018 and uncertain future of its PC business, Toshiba has not updated its popular Portégé family of notebooks in the US for more than two years. After Foxconn/Sharp gained control of the said business unit and renamed it to Dynabook, they started to launch new laptops. Among the first new mobile PCs to be released in the USA are the 2019 Portégé X30 notebooks with Intel’s Whiskey Lake CPUs.

Traditionally, Portégé X30 machines have been aimed at demanding business, enterprise, and government users seeking both portability as well as rich feature sets. The new Portégé X30 is not an exception: the system comes in a familiar Onyx Blue magnesium allow chassis that enables it to bring together high performance, connectivity, security, and a weight that is among the lowest in the 13.3-inch class. Just like its direct predecessor from 2017, Dynabook’s new Portégé X30 weighs 1.05 kilograms (2.31 lbs) and is 15.9 mm thick. 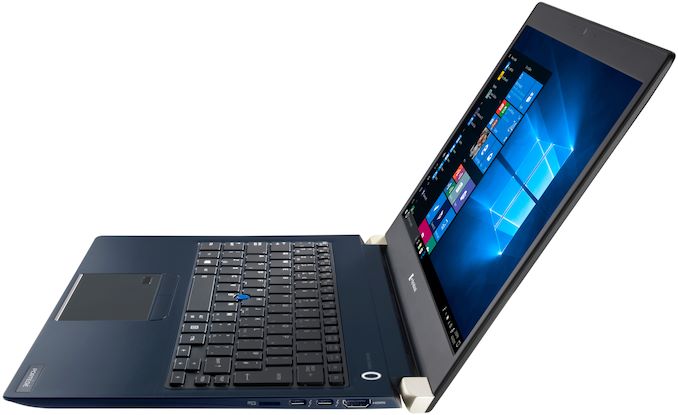 When it comes to internals, the new Portégé X30 packs Intel’s 8th Gen Core i3/i5/i7 processor with built-in UHD Graphics 620 that is accompanied by 8, 16 GB or 32 GB of DDR4 memory as well as up to 1 TB SSD (SATA or PCIe). The CPU is now cooled down using a new quieter S-Type fan and a new cooling system that enables better airflow.

As far as connectivity is concerned, the new laptops are equipped with a Wi-Fi 5 + Bluetooth 5 wireless module, an optional 4G/LTE (select models only) modem, two Thunderbolt 3 ports that can work in DisplayPort and USB 3.1 Gen 2 modes, one USB Type-A connector, one HDMI output, a microSD card reader, and a 3.5-mm audio jack. Traditionally for Toshiba X-series notebooks, the Portégé X30 comes with a backlit, spill-resistant keyboard with a trackpoint nub that complements the touchpad. As for multimedia capabilities, the PC has a stereo sub-system comprising speakers co-designed with Harman Kardon that also carry a DTS badge. 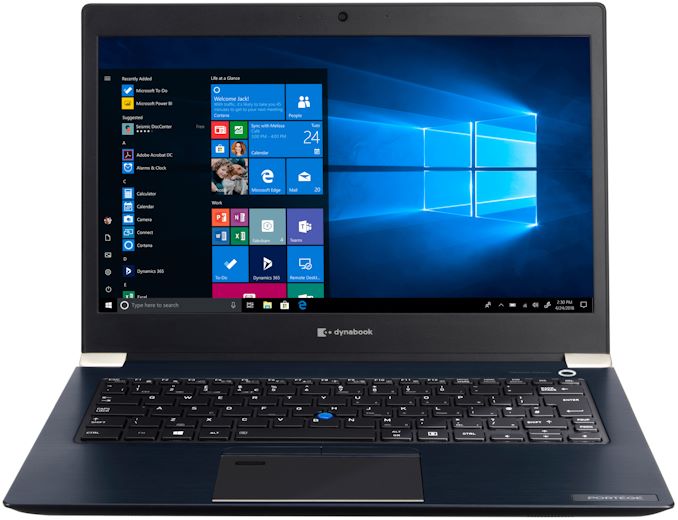 Being aimed at customers who value security and reliability, the Portégé X30 comes equipped with SecurePad with Synaptics Natural ID fingerprint sensor, a webcam with IR sensors (for Windows Hello facial recognition) as well as a Trusted Platform Module (TPM 2.0).

Dynabook’s Portégé X30 come with an international three-year warranty, which will certainly please frequent travelers. Dynabook Americas will start sales of the new laptops in August (in time for BTS season) at prices that will depend on exact configurations. 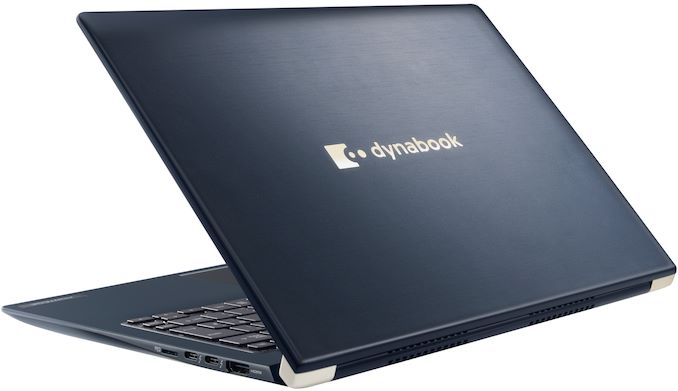