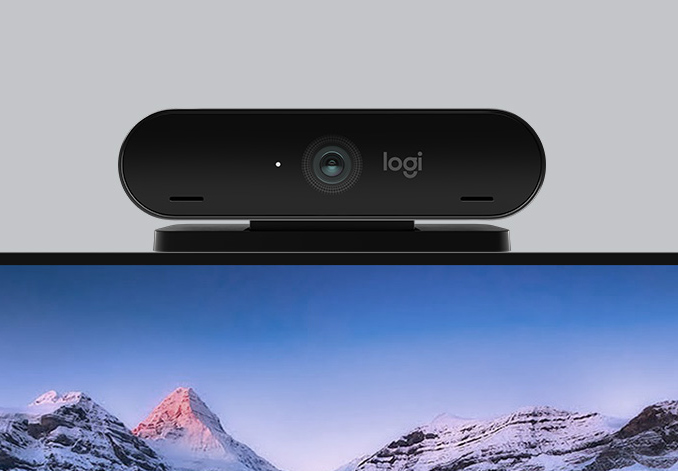 This week Apple launched its all-new Pro Display XDR monitor that happens to be one of the most advanced LCDs around, but one thing it lacks is a built-in webcam. When Apple releases its all-new products, in many cases it creates opportunities for other companies to capitalize on its devices. To enable owners of the $4,999 display to communicate stylishly, Logitech introduced its 4K Pro Magnetic Webcam, specifically designed for the Pro Display XDR.

On the hardware side of things, the 4K Pro Magnetic Webcam is based on the Logitech 4K sensor featuring the RightLight 3 with HDR backlighting technology. The webcam supports autofocus, 5X digital zoom, and has two omni-directional microphones with noise cancellation options.

The unit can capture video at up to 4096×2160 resolution at 30 fps or 1920x1080 at 60 fps. From internal hardware point of view, the 4K Pro Magnetic Webcam basically uses the same set of technologies as the BRIO 4K Pro launched two years ago. Meanwhile, since Apple’s macOS does not support facial recognition, the new webcam does not have infrared sensors for Windows Hello.

The key features of the webcam for the Pro Display XDR are its stylish design and mounting mechanism. As the name suggests, the Logitech 4K Pro Magnetic Webcam attaches to the top of the Apple Pro Display XDR using a magnet. The mount secures the webcam to the top of the monitor so steady that it can be adjusted up or down effortlessly. Furthermore, it can hold it even when the display is operated in a portait mode. Meanwhile, the device connects to the host using a USB-C to USB-C cable.

Speaking of the host system, the 4K Pro Magnetic Webcam is only compatible with Apple’s macOS and can work with MacBooks released in 2018 or later as well as iMac and Mac Pro launched in 2019 or later. As for software, it can work with Facetime, Skype, and Zoom.

Logitech has started taking pre-orders on its 4K Pro Magnetic Webcam for Pro Display XDR monitor and aims to ship it in January. The unit costs the same amount of money as the BRIO 4K Pro: $199.99, when bought directly from the manufacturer.