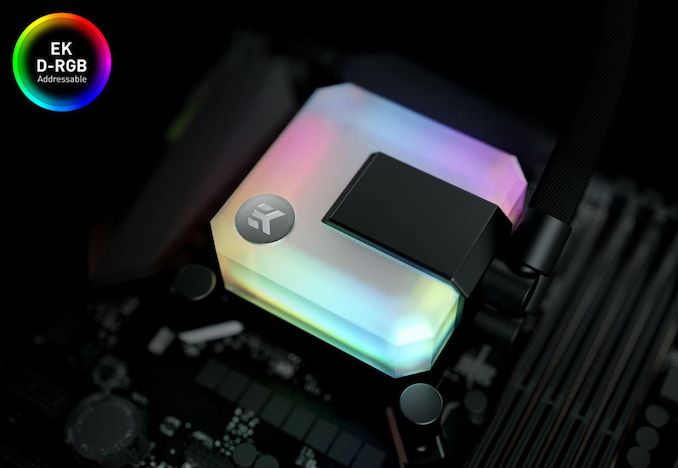 Historically, EKWB has been best known for its custom, open-loop liquid cooling systems designed for experienced enthusiasts. But as closed-loop factory-assembled cooling systems are increasingly popular among many DIYers, EKWB has also previously branched out into its modular EK-MLC Phoenix coolers, which combine ease-of-assembly and ability to customize them. Now, to cater to even more mainstream audience that tends to use prêt-à-porter coolers, EKWB is unveiling a new lineup of all-in-one coolers, the EK-AIO family.

EKWB’s EK-AIO lineup of liquid coolers that require no assembly or maintenance consists of three models: the EK-AIO 120 D-RGB, EK-AIO 240 D-RGB, and EK-AIO 360 D-RGB. The cooling systems use a water block featuring an SPC- style pump as well as a copper cold plate. As the names of the coolers suggest, the devices come with either a 120-mm radiator with one EK Vardar fan, a 240-mm radiator with two fans, or as a 360-mm radiator with three fans. The radiators have 12 channels to maximize cooling efficiency and are 28 mm thick to be compatible with the vast majority of modern PC cases. 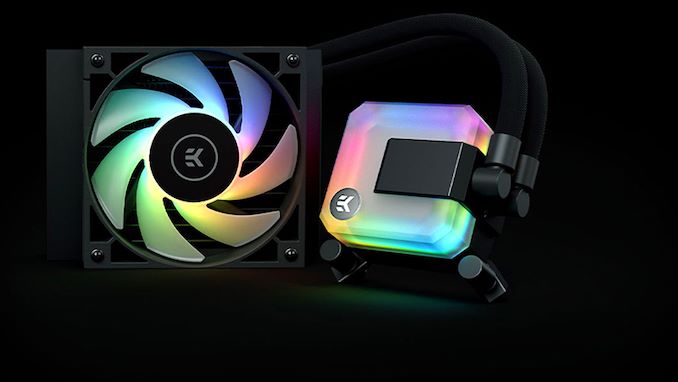 In line with modern trends, EKWB’s EK-AIO family of coolers are lit with addressable RGB LEDs that can be controlled using software from leading motherboards makers. The LEDs are located inside the water block and under the motor hub of fans creating rather interesting effects.

As far as compatibility is concerned, EKWB’s EK-AIO come with mounting kits supporting modern AMD’s AM4 and similar sockets (so, no sTR4) and Intel’s LGA1155 as well as LGA2066.