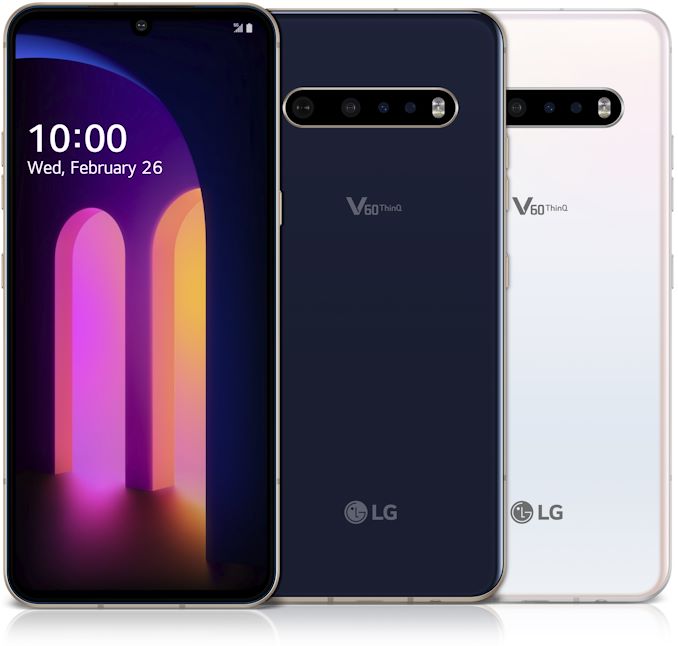 Although Mobile World Congress has been cancelled, companies still have their product cycles and have to reveal new devices ahead of launch in the coming months. LG today announced its new high-end smartphone, the V60 ThinQ 5G, which is based on Qualcomm’s newest flagship platform, features a new camera setup, and has one of the largest displays on the market.

As one would expect from a premium 2020 Google Android smartphone, the LG V60 ThinQ 5G is powered by Qualcomm’s Snapdragon 865 SoC alongside the Snapdragon X55 modem as well as the FastConnect 6800 subsystem that supports Wi-Fi 6. Meanwhile, the device also has 8 GB of LPDDR5 RAM as well as 128 GB of NAND flash storage (expandable with a microSD card). 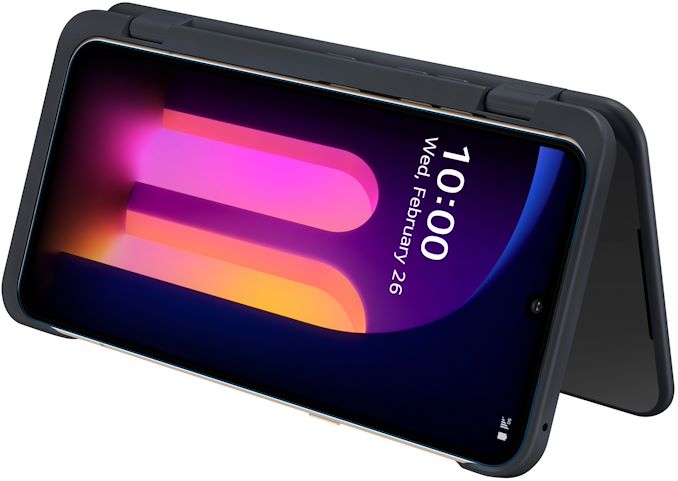 The LG V60 ThinQ 5G comes equipped with a 6.8-inch FullVision P-OLED display featuring a 2460×1080 resolution along with a 20.5:9 aspect ratio (which reminds us of Sony’s Xperia 1 with its distinguished 21:9 screen), one of the largest smartphone display around as far as high-end handsets are concerned. It's a bit odd to see LG use a lower resolution screen than the V50 last year, even at such a large device size and certainly won't be optimal for some users.

Meanwhile, for those who feel that one monitor is not enough, LG will offer a new Dual Screen accessory (featuring a similar size and resolution) for the new phone. 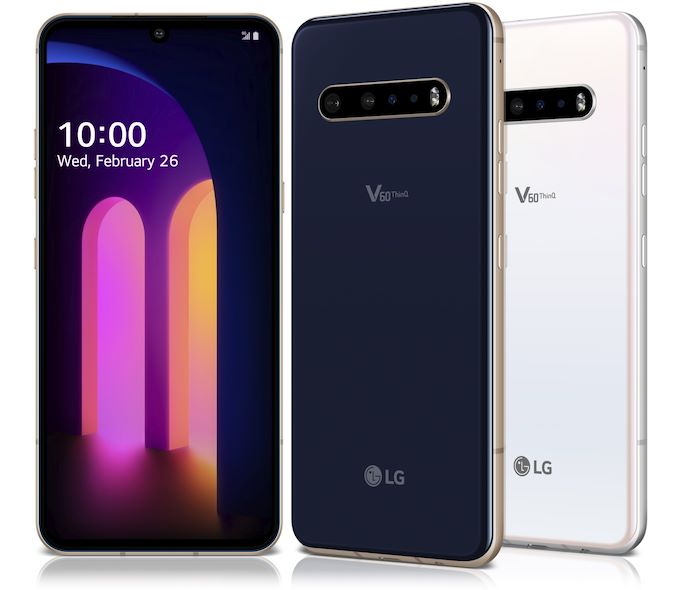 One of the key improvements that the LG V60 ThinQ 5G has over its predecessor is without any doubts its new main camera setup comprising of a 64 MP main sensor, a 13 MP module with a 117º super-wide-angle lens, a 3D time-of-flight (ToF) sensor, and a dual-LED flash. The main camera supports 8K (and 4K60) with HDR10+ video recording, along with various modes to make proper photographs in various conditions. On the front, the smartphone has a 10 MP camera housed inside a dewdrop notch design. 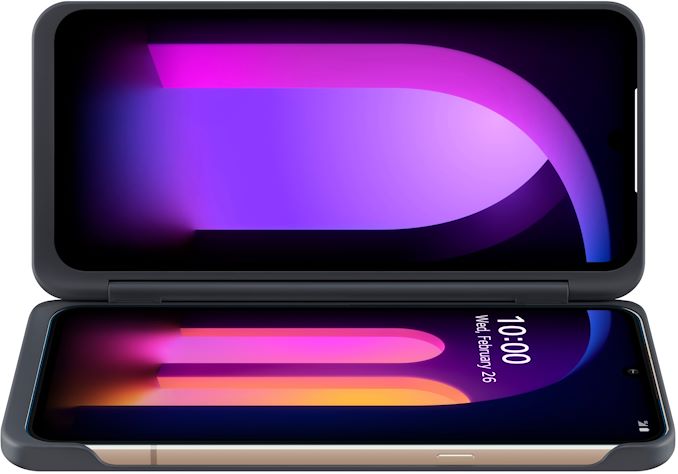 On the audio side of matters, the LG V60 ThinQ 5G comes equipped with stereo speakers, 32-bit quad DACs, and a quad-microphone array. Meanwhile the handset has a 3.5-mm audio jack, making this one of the last Android flagships with the feature, as well as a dedicated Google Assistant button. 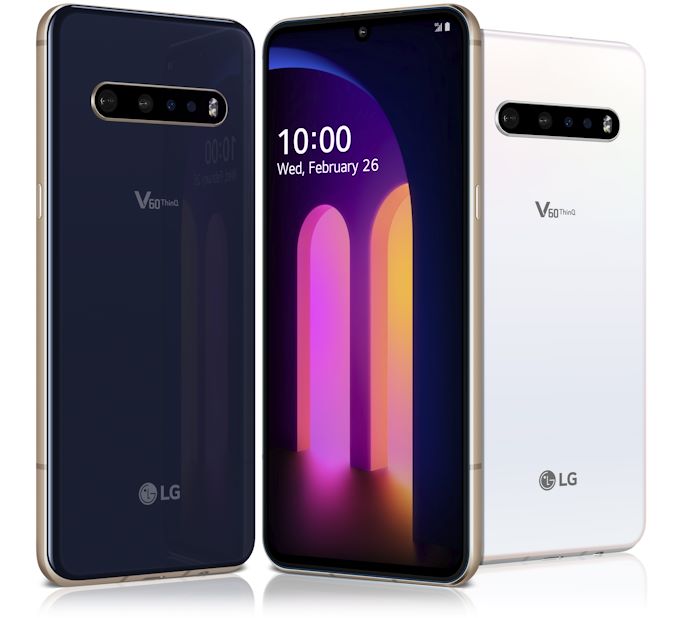 Yet another prominent advantage of the new V60 ThinQ 5G is its massive 5000 mAh battery that promises a 21-hour talk time as well as a 590-hour standby time on one charge. The battery can be charged using a Qi wireless charger supporting Qualcomm’s Quick Charge 4.0+ or a USB-C wired charger.

Traditionally for numerous modern high-end handsets, the LG V60 ThinQ 5G features an aluminum frame with Corning’s Gorilla Glass 5 on the front as well as Gorilla Glass 6 on the back. Meanwhile, the device is MIL-STD-810G tested as well as IP68 dust and water resistant (up to 1.5 meters for up to 30 minutes). The product weighs a quite heavy 219 grams (7.72 ounces) and will be available in Classy Blue as well as Classy White finishes.

Other notable hardware features of LG’s latest smartphone are Bluetooth 5.1, an under-display fingerprint reader, and a host of sensors.

The LG V60 ThinQ 5G will be available from AT&T, T-Mobile, U.S. Cellular, and Verizon in the coming weeks. Pricing is something that has yet to be disclosed.