Microsoft Opens Pre-Orders for Surface Duo - US Only 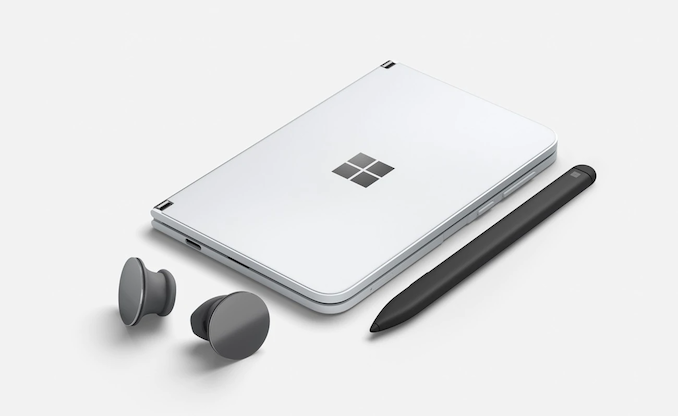 Late last year in October, Microsoft had announced the Surface Duo, the company’s first ever Android device and first-party smartphone (if you can call it that) release in years. What makes the Surface Duo special is its symmetric dual-screen nature and 360° hinge mechanism that allows the device to fold itself shut like a book – to fully opening itself up with two opposing displays. Today Microsoft is finally making the Surface Duo available for pre-order – although availability will be limited to the US.

Starting off with the uninteresting stuff – the internal hardware of the Surface Duo isn’t all that exciting as it features a last generation Snapdragon 855 SoC. Given the device’s early announcement last year it seems Microsoft took a long time to bring the device to market. We’re seeing a standard amount of DRAM and storage space with 6GB and either 128GB or 256GB options. All in all there’s nothing too special about the internals here and are in line with 2019 flagships. 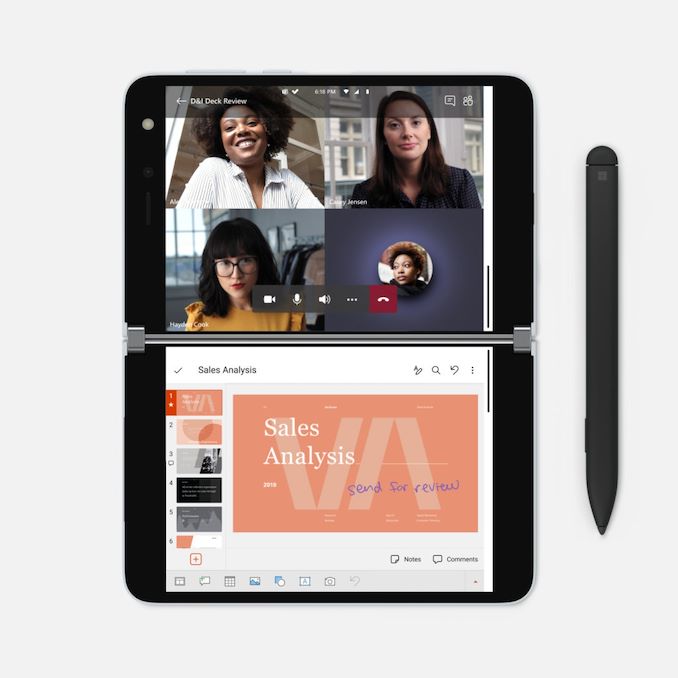 The device’s key characteristic is naturally its symmetrical folding design with two 5.6” 1800 x 1350 resolution OLED screens. Although we call this a folding device, this doesn’t actually apply to the displays as they’re two distinct units covered with solid glass.

Further unique to the design is the hinge mechanism which is symmetrical as well – it allows for a full 360° tilt of the two sides, meaning you can have the device either fully shut, or you can have it fully opened with both screen facing outwards. 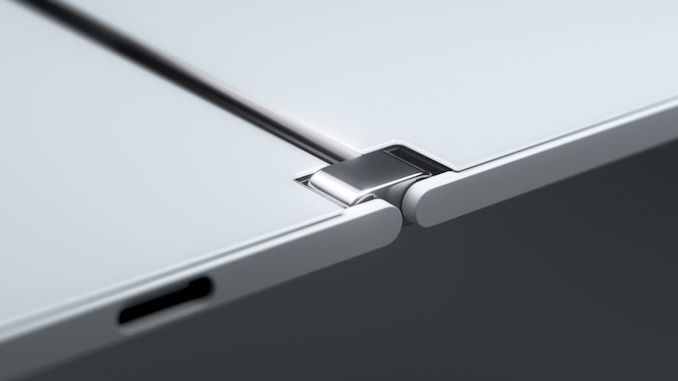 Microsoft opted for relatively unusual form-factors here as the screens are each 4:3 – and when opened up it gives you a sort of effective 8.1” diagonal 3:2 surface to work with.

The dimensions of the device come at 145.2mm height in portrait mode, and one side is 93.3mm wide, which opens up till 186.9mm. Each half is extremely thin at only 4.8mm meaning that even when folded it remains a relatively reasonable 9.9mm in thickness. 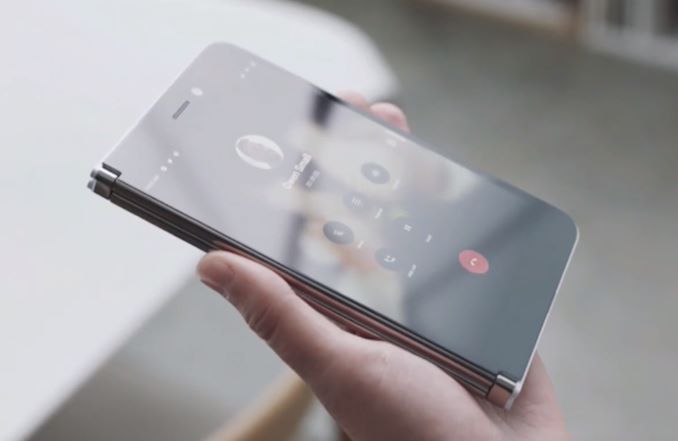 The device’s 360° folding nature means that the internal screen surface can face completely outwards, and Microsoft took advantage of this for their camera design, of which the Surface Duo only has a single unit. The 11MP 1µm pixel f/2.0 standard wide-angle unit is relatively conservative in specifications, but that’s the compromise that had to be made to fit into a 4.8mm thick chassis and not having the possibility to employ a camera bump.

Microsoft positions the Surface Duo as a productivity device, and its first-party applications such as the Microsoft 365 suite will be optimised for the experience. This seemingly will be the deciding factor as to how the Surface Duo will be received, as it represents quite a niche device market.

The device’s high price and relatively lacklustre specifications will likely result in limited adoption amongst users- and the device in general feels more like an experiment than a product that’s aimed at commercial success.