Intel to Acquire Tower Semiconductor for $5.4B To Expand IFS Capabilities 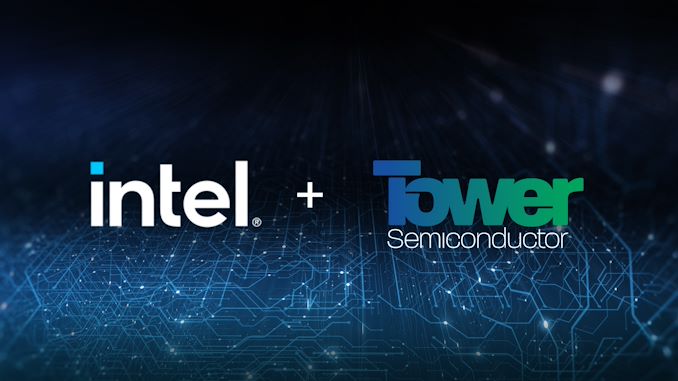 Continuing their recent spending spree in expanding their foundry capabilities, Intel this morning has announced that it has struck a deal to acquire specialty foundry Tower Semiconductor for $5.4 billion. If approved by shareholders and regulatory authorities, the deal would result in Intel significantly expanding its own contract foundry capabilities, acquiring not only Tower’s various fabs and specialty production lines, but also the company’s experience in operating contract foundries over the long run.

The proposed deal marks the latest venture from Intel that is designed to bolster Intel Foundry Services’ (IFS) production capabilities. In the last month and a half alone, Intel has announced plans to build a $20B fab complex in Ohio that will, in part, be used to fab chips for IFS, as well as a $1B fund to support companies building new and critical technologies for the overall foundry ecosystem. The Tower Semiconductor acquisition, in turn, is yet another piece of the puzzle for IFS, fleshing out Intel’s foundry capabilities for more exotic products.

As a specialty foundry, the Israel-based Tower Semiconductor is best known for its analog offerings, as well as its other specialized process lines. Among the chip types produced by Tower are MEMS, RF CMOS, BiCMOS, CMOS image sensors, silicon–germanium transistors, and power management chips. Essentially, Tower makes most of the exotic chip types that logic-focused Intel does not – so much so that Intel has been a Tower customer long before today’s deal was announced. All of which is why Intel wants the firm and its capabilities: to boost IFS’s ability to make chips for customers who aren’t after a straight ASIC processor.

The proposed acquisition would also see Intel pick up ownership of/access to the 8 foundry facilities that Tower uses. This includes the Tower-owned 150mm and 200mm fabs in Israel and two 200mm fabs in the US. Meanwhile Tower also has majority ownership in two 200mm fabs and a 300mm fab in Japan, and a future 300mm facility in Italy that will be shared with ST Microelectronics. As is typical for analog and other specialty processes where density is not a critical factor (if not a detriment), all of these fabs are based around mature process nodes, ranging from 1000nm down to 65nm, which sits in stark contrast to Intel’s leading-edge logic fabs.

Along with Tower’s manufacturing technology, the proposed deal would also see Intel pick up Tower’s expertise in the contract foundry business, which is something the historically insular Intel lacks. On top of their fab services, Tower also offers its customers electronic design automation and design services using a range of IP, all of which will be folded into IFS’s expanded offerings as part of the deal. Consequently, although the company has already brought on executives and other personnel with contract fab experience in past hirings, this would be the single largest talent transaction for IFS.

All told, Intel currently expects the deal to take around 12 months to close, with the company paying $5.4 billion in cash from its balance sheet for Tower Semiconductor shares. Though approved by both the Intel and Tower Semiconductor boards, Tower’s stockholders will still need to approve the deal. Intel will also need regulatory approval from multiple governments in order to close the deal, to which the company isn’t expecting much objection to given the complementary nature of the two companies’ foundry offerings. Still, as the last week alone has proven, regulatory approval for multi-billion dollar acquisitions is not always guaranteed.