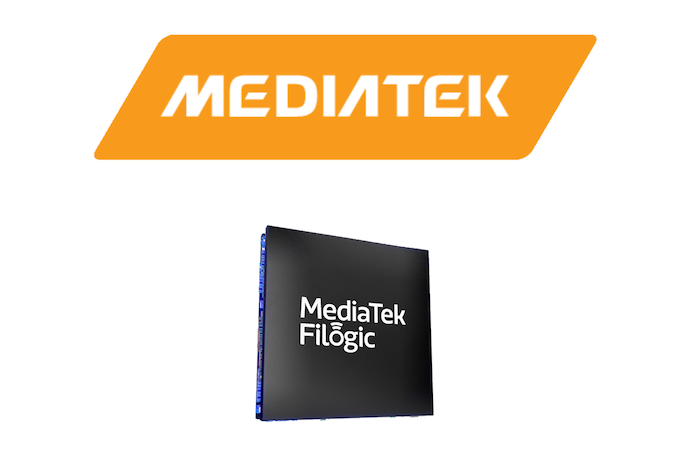 Mediatek was one of the first vendors to demonstrate working 802.11be-compliant silicon under the Filogic lineup in January 2022. As part of the announcements at this week's Computex, the company provided additional technical details along with part numbers. The Filogic 880 platform will service access points, routers, and gateways, while the Filogic 380 will be seen in the client devices.

The 802.11 Working Group focused on extremely high throughput when starting work on 802.11be. This has been achieved primarily through a combination of three different aspects:

It must be noted that wider channels are available only in the 5 GHz and 6 GHz bands. Theoretically, these aspects allow for up to around 46 Gbps of wireless throughput. 802.11be also aims to enable usage of Wi-Fi for real-time applications by including features for low-latency communications such as Multi-link operation (MLO). This allows a client and an access point to simultaneously communicate over multiple channels that might even belong to different bands.

The benefits of MRU are brought out in the above picture - on top, puncturing allows improvement in spectral efficiency, and hence, data bandwidth. Below that, we see obvious latency benefits when multiple clients are simultaneously active.

Interference and co-existence with non-Wi-Fi users of the same spectrum is handled using automatic frequency coordination (AFC). While Broadcom's pledge of support for the Open AFC initiative, and Qualcomm providing its own turnkey solution for its customers, Mediatek has only indicated that the Filogic 880 platform supports AFC, with no additional details.

The platform supports up to five bands with independent RFICs that communicate with the Filogic 680 Wi-Fi 7 baseband chip. While traditional routers may use only three bands, mesh systems and premium routers can make use of the support for two additional bands. At the heart of the reference design is a 1.8 GHz quad-core Cortex A73-based WiSoC. It also includes a network processing unit (NPU) with hardware-accelerated QoS and tunneling offload engines. The WiSoC doesn't include an integrated switch, though. Designs are expected to adopt an external switch to translate one of the two 10Gbps USXGMII ports to either a single 10GbE, or a mix of NBASE-T and Gigabit Ethernet ports. Various other high-speed I/Os are also available in the WiSoC.

Unlike Qualcomm (whose announcement of the Wi-Fi 7 Networking Pro product suite was covered earlier this month), Mediatek is adopting an open approach in terms of making technical details of the platform available to the public. Broadcom also adopted a similar approach while introducing their product suite.

The Filogic 880 platform's WiSoC is fabricated in a 6nm process. According to Mediatek, this delivers significant power efficiency compared to its competitors (without public knowledge of the fabrication process for Qualcomm's and Broadcom's offerings and/or public availability of their platforms, this claim is difficult to evaluate).

The MAC/baseband is implemented in the Filogic 680 part. Here, Mediatek opts for an interesting approach The 6GHz band also adopts a 4T5R (quad-transmit, penta-receive) antenna configuration to boost throughput and range, particularly for backhauls in mesh systems. The Filogic 680 contains the MAC and baseband logic for all three bands, and also includes MLO control. Mediatek contends that this approach is better than the scheme of discrete MAC/PHYs for each band between the WiSoC and the basebad/RFIC, and putting the MLO logic in the WiSoC - in terms of latency (claims of up to 100x improvement) as well as board design cost.

Mediatek's reference design is a four-layer PCB, which should lead to a lower cost for its customers. Mediatek claims that the multi-chip MAC / PHY / baseband approach of its competitors results in higher cost due to more complex PCBs (six or eight layer PCBs). These aspects should be readily evident to end users when routers / APs based on platforms from different vendors come to the market.

On the client side, Mediatek is announcing the Filogic 380 combo solution with support for Wi-Fi 7 and Bluetooth 5.3. This combo single-chip solution is also built on a 6nm process. The 2x2 solution supports speeds up to 6.5Gbps with dual-band dual-concurrent operation. 320 Mhz bandwidth, 4K-QAM, MLO, and MRU are supported.

Mediatek also indicated support for an extra receive antenna to improve performance and range for Bluetooth 5.3 connectivity by enabling MRC (multiple receive combining). Bluetooth LE audio is also supported. The Filogic 380 also includes coexistence technology to ensure that BT and Wi-Fi can both operate in the 2.4GHz band without interference. Host connectivity is either via PCIe 4.0 x1 or USB 3.0.

Mediatek is currently demonstrating both platforms at Computex 2022. Based on Mediatek's claims, it appears that routers and APs based on the Filogic 880 should hit very attractive price points without sacrificing anything in terms of performance or  features. Products based on the new Filogic platforms should start appearing in the market within a few quarters.