While I was scheduling my Mobile World Congress meetings I got an email request from Intel. It wanted to give me a quick tour of the latest MeeGo UI for tablets. MeeGo, as you may remember, was the combination of Intel's Moblin OS and Nokia's own efforts. While MeeGo isn't completely abandoned by Nokia, it's looking unlikely that Nokia will be a major player in it going forward considering the fresh partnership with Microsoft.

Intel is still trucking away with MeeGo and unfortunately appears to be retaining the less-than-ideal name despite the recent shakeup with its partner (at least Moblin sounded respectable, MeeGo sounds like something you say before using the bathroom). 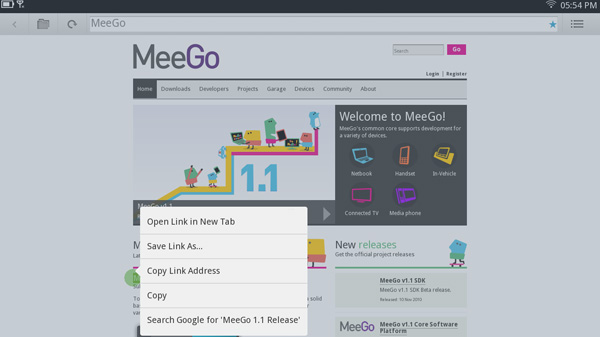 MeeGo is designed to be a mobile OS that can be used across a wide variety of devices. Cars, netbooks, smartphones, tablets and even TVs are supposed to be built around the totally open OS. Intel hopes that MeeGo will be the truly open alternative to Android. It's a lofty goal to say the least. Google officially introduced Android 3.0 earlier in the month and devices based on it are expected to be shipping in the next couple of months. The version of MeeGo Intel demoed for me however is a meager 1.2. While I know that comparing version numbers isn't the most scientific thing in the world, it's the easiest way for me to point out that MeeGo is no where near the maturity level of Android. 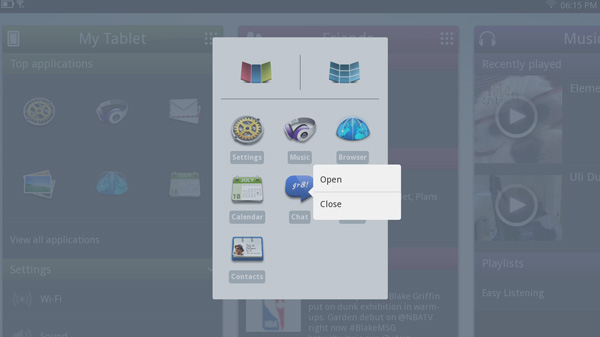 The point of today's demo was to showcase the foundation of MeeGo's tablet user experience. Intel's focus here is multitasking. What Intel wants to do away with is the concept of going back to an app launcher to do something else with your tablet. Instead, Intel believes you should be able to launch apps based on what you're doing. It's a subtle difference, but one that's best described by a screenshot. 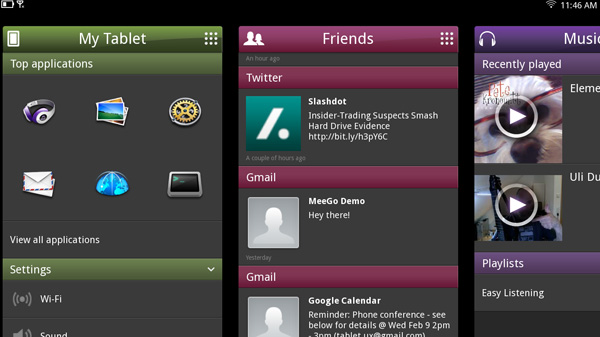 This is the MeeGo tablet user experience. The screen is treated as a viewport into an infinitely wide and infinitely tall desktop. You scroll from left to right to view more panels, and up/down to view more information within a panel.

Each panel is grouped according to an overall function. The My Tablet panel includes your top applications as well as device settings for when you absolutely need to do something the old fashioned way. The Friends panel aggregates all of your communications between you and your friends. This could be in the form of tweets, Facebook status updates as well as emails and other messages. Everything appears in this one view. If you tap on any of the items in the view, the associated application will launch (e.g. tap an email you received from one of your friends to fire up the email app). 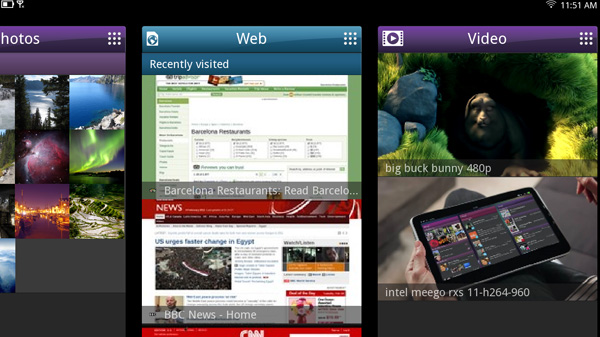 There are also panels for music, photos and websites.

Intel believes that launching applications to later access data with them is silly and you should instead be presented with the data you want and it should launch any necessary application for you. It's a shift from the app centric model of today's smartphone/tablet OSes to a data centric model. Intel feels that this approach will reduce the number of taps necessary to efficiently multitask, which will obviously encourage heavier usage models and ultimately require faster SoCs to run everything. 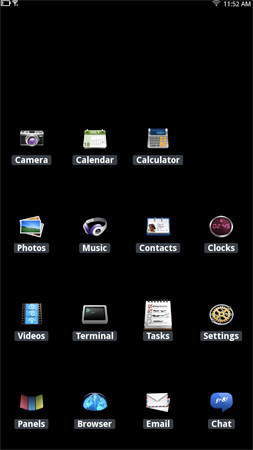 If the infinitely wide/tall viewport sounds a lot like Microsoft's Windows Phone 7 UI then you're not alone. The concept seems very similar, although it's not nearly as pretty/polished in MeeGo today. For not supporting full blown multitasking out of the box, Microsoft's WP7 UI is very efficient at moving between apps. If MeeGo can duplicate that efficiency and expand upon it, I'm interested.

The bigger issue I see with MeeGo is the huge disconnect between Intel's aspirations and the current state of affairs. If Android is the target, MeeGo needs to make a great deal of progress in a relatively short period of time. These consumer facing smartphone/tablet OSes have to be ridiculously polished, they need to make mechanical toasters look difficult to use, and MeeGo just isn't there yet. 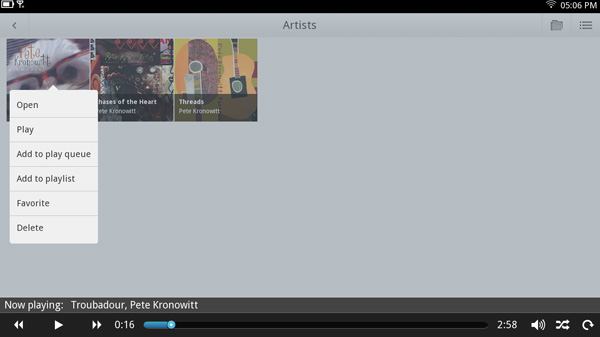 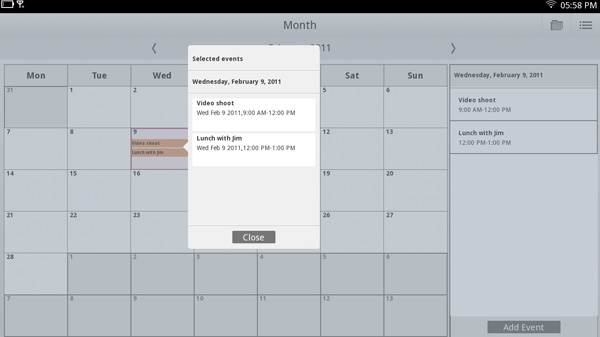 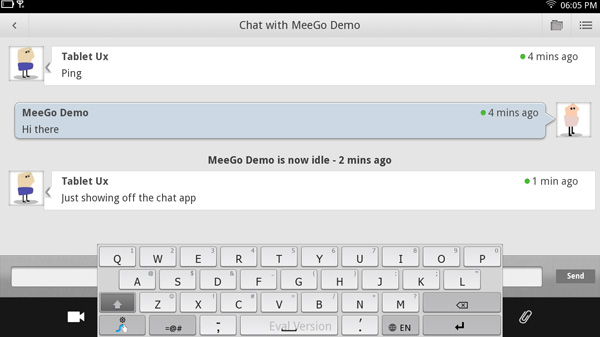 I like the concept. A truly open OS that allows for infinite customization and supports everything from smartphones and tablets to PCs and TVs. We need unification. The last thing I want is to have a HP tablet that can't run the same apps as my iOS smartphone and my Google TV. Unfortunately for Intel I feel like the deck is stacked against it on this. Intel does an amazing job executing on its microprocessor designs, but its extra curricular activities are rarely met with a similar amount of success. 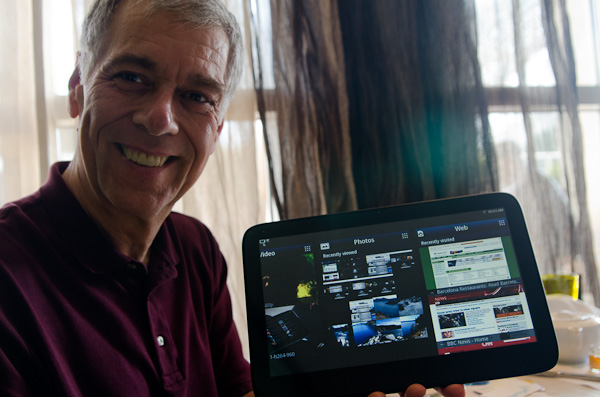 I'm all for more competition so let's see where MeeGo takes us over the coming years.