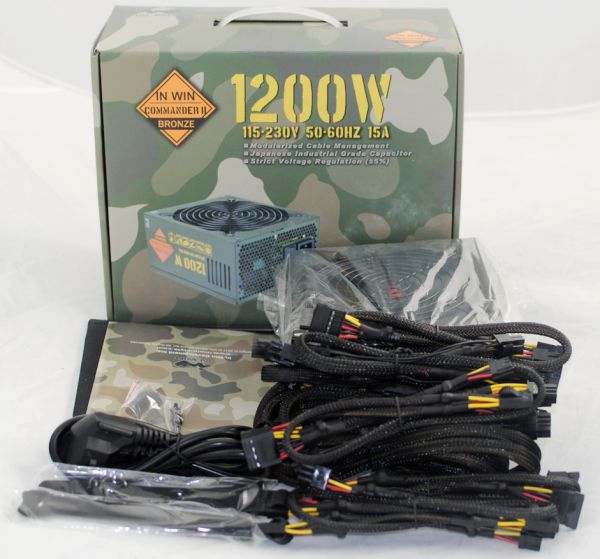 Since we've had some 750W and one 520W PSU reviews of late, we thought it might be time for another high-power model. The In Win Commander II 1200W is an 80 Plus Bronze certified power supply with modular cables. In the package we find a large number of modular cables, a user manual, some cable ties, four screws, and one power cord. That last item was a bit of a surprise, as In Win provides a 10A cable while the maximum input current is rated at 15A. In Win should provide a 16A cable, at least if they expect users to actually come anywhere near the 1200W power output. At maximum load and 82% efficiency (80Plus Bronze), the Commander II 1200W can draw approximately 12.7A. 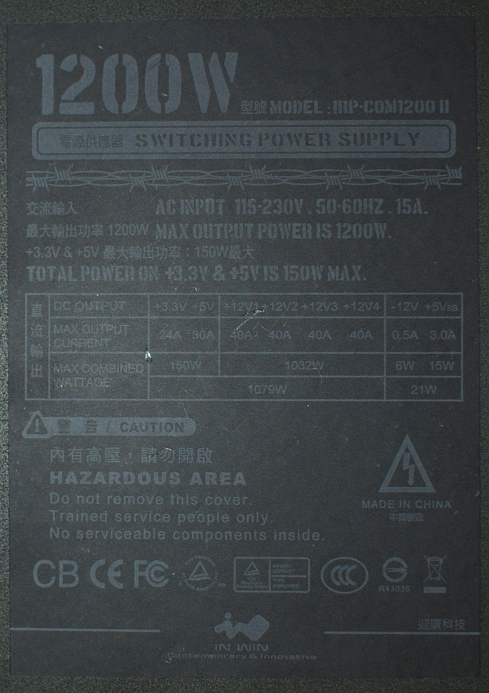 As mentioned in the summary, this PSU comes with four +12V rails. Combined they can deliver up to 1032W. Every single +12V rail is rated for up to 40A, though you obviously won't be able to put that much of a load on all rail simultaneously. +3.3V as well as +5V are rated at 150W combined, while the standby rail is specified with 3A. And in the way of more confusing stuff, the combined power of the large rails is just 1079W with 21W on the -12V and +5Vsb, which means this is really an 1100W PSU; 1200W seems to be the peak power. (We're getting close to the point where that 10A power cord makes sense now....) 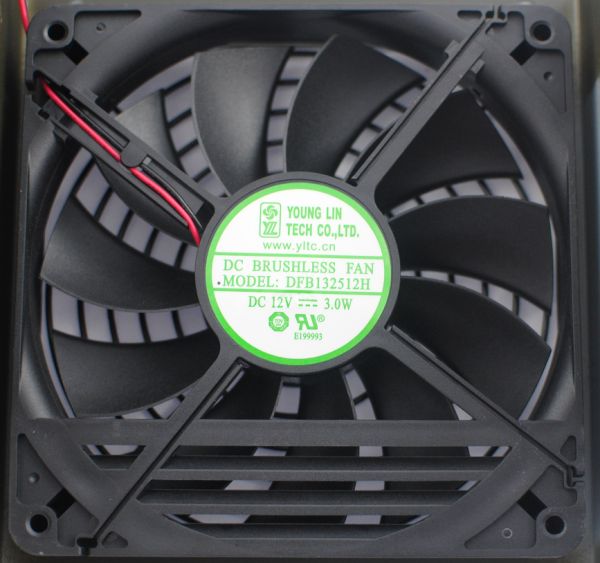 In Win uses a fan from Young Lin with the model number DFB132512H. H stands for "high rotations per minute" (1700RPM). This double ball bearing type fan has a peak power consumption of 3W. There are also three guide vanes at the bottom of the fan, where other manufacturer usually use a foil.