When you get north of the $140/$150 price point you do start to see a lot of unusual case designs begin to surface. Making a bog standard ATX case is reasonably easy, but tweaking and changing designs in an effort to improve both aesthetics and performance does take some effort. Likewise, the end user should be prepared for a little more thought and work to go into his or her build.

The Thermaltake Level 10 GT's assembly is actually less daunting than it looks, but it can be rife with minor nuisances. The absolute first thing you're going to want to do is take the hinged side panel off, and that's done by just opening it and then lifting it off the hinge. It's nice for quick and dirty changes internally, but for anything remotely more involved like installing a motherboard or expansion card, it needs to come off. 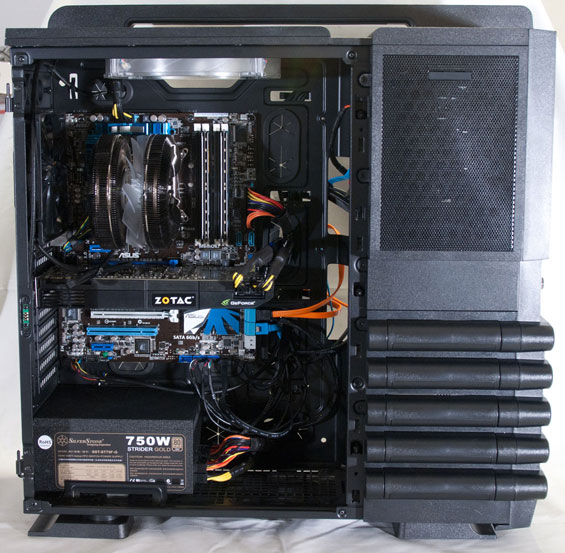 Someone over at Thermaltake heard my prayers when it came to motherboard installation, because I didn't have to install a single standoff into the motherboard tray. The exact standoffs for a bog standard ATX board were already in place and ready to go; all I had to do was pop in the I/O shield (a slightly tighter fit than usual) and then screw in the motherboard. It was incredibly painless.

Installing a 5.25" drive is also reasonably easy, with the bay shields designed to pop out of the front by squeezing the sides. It's a little unsightly but not a deal breaker, and the 5.25" drive is then clamped into place using a toolless clamp on the other side of the case. As I mentioned on the previous page, I do take issue with this, because I found it to be fairly difficult to get our optical drive to feel fully secure in the bay. Installing an external 3.5" drive is also a little fraught, as you'll have to carefully maneuver two screws into the enclosure to secure it in the bay.

The hot-swappable 3.5" drive bays are easy enough to install into. Each tray includes rubber grommet-lined mounting holes for both 2.5" and 3.5" drives, and that's much appreciated. It highlights a reason why using drive trays in modern enclosures is such a smart idea: it makes integrating 2.5" drive support much easier. 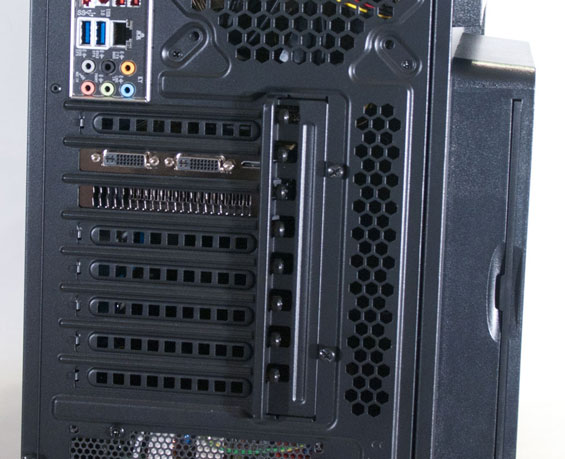 Unfortunately, having that smooth, flat rear (heads out of the gutter, kids) around the I/O shield and expansion ports creates an issue other enclosures don't have: there needs to be a way to secure expansion card brackets while giving space to work them into place. The result is that the Level 10 GT adds an extra step: you have to remove a small plate affixed with two thumbscrews and then remove the slot covers for the expansion slots before popping in the card.

Finally, installing the power supply is fairly easy and routing cables wasn't too problematic. There's a healthy amount of space behind the motherboard tray that it can be done without too much trouble, but you're probably still going to have to squish the side panel back down and on. The only power leads the enclosure requires are a single SATA power lead for the drive bays and a molex lead for the fans; the rear fan uses its own 3-pin lead allowing it to be controlled by the motherboard. That's a detail I actually really liked: Thermaltake seemed to know exactly which fan you'd want your hardware to control.

The takeaway with assembling the Level 10 GT is simple: remove the side panels completely, and then try to approach it like a regular enclosure. It will still take a bit of time and thought, but if you're buying a $270 case that shouldn't be a problem.