Rosewill Thor v2: The God of Cooling and Silence?

Most enthusiasts are familiar with Rosewill as a brand of inexpensive parts of decent quality. They've had enclosures on the market for ages, but those cases are almost always for budget builds. But today we have something that you may not be prepared for: an enthusiast-class full tower enclosure, competitively priced but clearly not for just any build. Rosewill's beast is able to support the largest of ATX motherboards and can handle quad-SLI and quad-Crossfire rigs with room to spare. In a market of SilverStones, Antecs, Corsairs, and Lian Lis, should you be giving Rosewill another look? 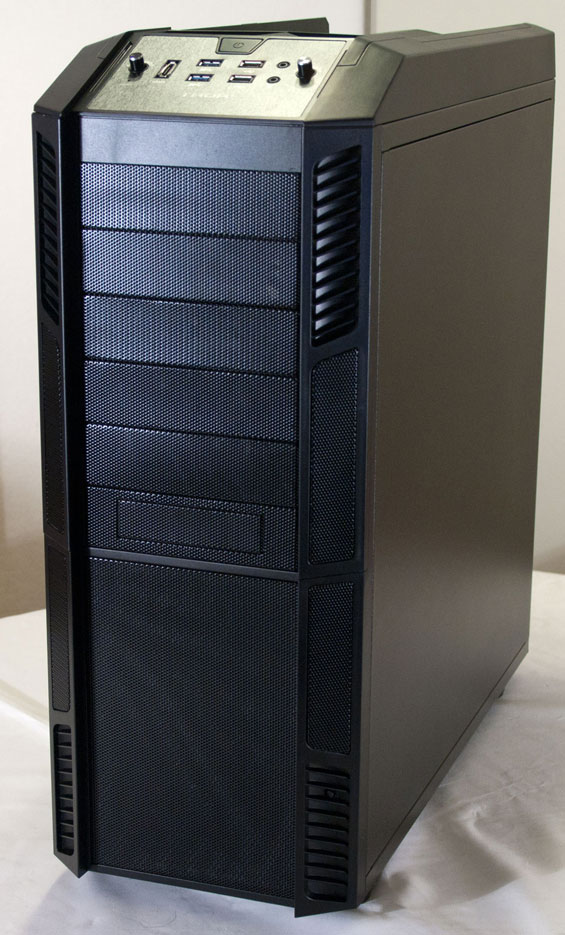 I'll be candid: I wasn't expecting a case like this from Rosewill. This thing is a monster, clearly designed with performance in mind, and priced that way. The plastic and steel build is actually remarkably staid, while connectivity is among the best of breed. It's not a bad looking case at all, and from just glancing at the specifications, the Thor v2 looks like it may have what it takes to perform with the best of them.

In addition to the staggering amount of expansion space within the Thor v2, the front 230mm fan glows red, a feature you can toggle on and off using a recessed button on the face. The fan controllers also support up to three fans per channel for six total. What perplexed me from the get-go was the venting on the top, though: there's a slider switch you can use to open or close the top vents, which seems like a cool idea until you realize that with those vents closed, there's nowhere for the top exhaust fan to channel air. Just from a cursory examination, though, it seems like airflow should be the last of the Thor v2's problems.