Intel has had a bit of a reorg. The photo above depicts how Intel used to work. Core and Atom architecture development happened via independent design teams. Core was optimized for performance, Atom for low power. This is what Intel looks like now: 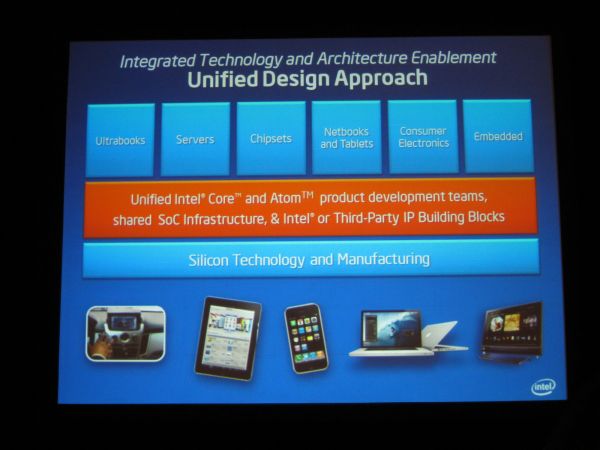 Core and Atom are developed under one unified design infrastructure. There are still independent design teams but there's going to be much more sharing of design, resources and execution. If there's a a particular IP block (e.g. integrated IO controller) that could be used in both Atom and Core architecture products it'll be easier to reuse across the entire family now. At a high level, Core will become more power efficient (really starting with Haswell) while Atom will leverage the performance learnings from the Core side. Everything becomes an SoC; it sort of has already.

Intel reaffirmed its commitment to a doubling of Moore's Law with regards to Atom. Each year from now through 2014 we'll see a new Atom part on a new process node. We'll get 32nm this year, 22nm next year and 14nm in 2014. The goal is to deploy Atom and Core architectures on the same process node with as little lag time between the releases as possible. 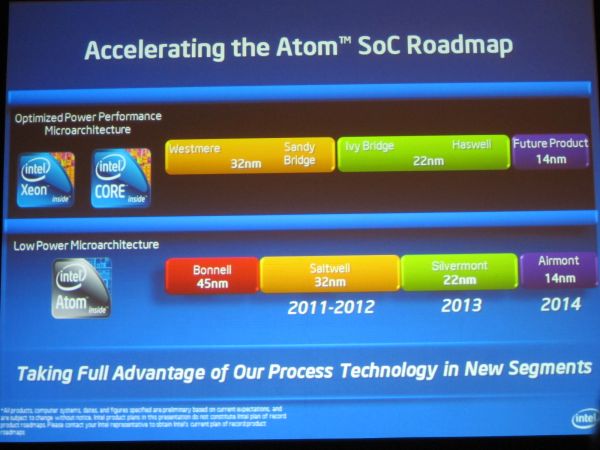