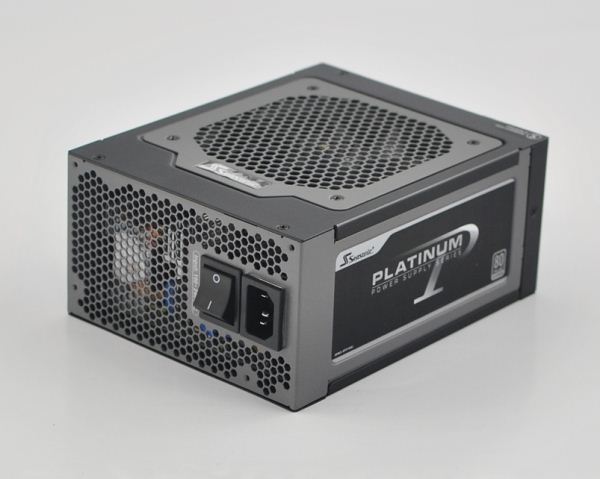 Other than the change in color, the top of the casing looks exactly like the one from the X-1000 and X-1250. All the sides are very thick and even after opening the chassis we couldn't find any sharp-edged parts. One side shows the name of the series, and the opposite side has the power output label. On the rear of the PSU, next to the power input is a large power switch, occupying more than its fair share of space and taking away a bit of area that would otherwise be used for the ventilation holes.

At the front we find that all the modular plugs are uniform in color. The top right socket can be used either for a PCIe or for a CPU connector. When in doubt, the customer must choose one of the two variants, but the PCIe connector can also be connected in the bottom row. Three more PCIe plugs are available, though only two of them are required for the 860W model (e.g. there are only two PCIe cable harnesses).

Worth note is that at 19cm the body is relatively long, but it's not surprisingly long for a modular PSU in this power class. The product wasn't designed for HTPCs so the length shouldn't be a point of criticism. However, you'll want to ensure your intended case has enough room for the PSU. 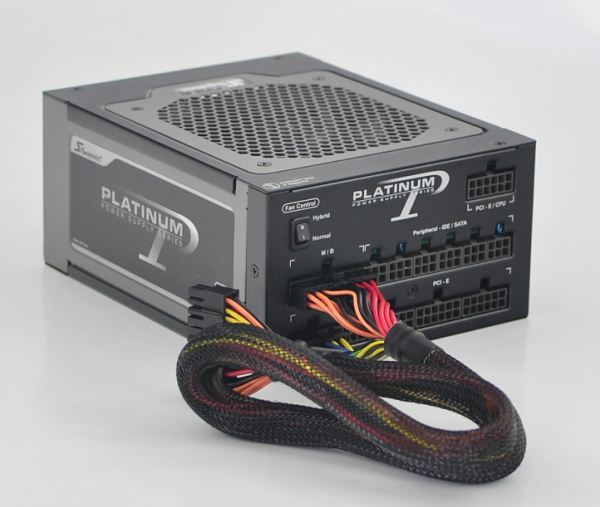 In total there are eleven SATA connectors on four separate harnesses, which is above average. The eight Molex connectors are common for this performance category. Note that the connector panel of the PSU only supports using six total harnesses, so you'll have to either skip out on one SATA harness or one of the Molex harnesses. Apart from the two slightly shorter peripheral cables it would have been nice to get different lengths for the remaining SATA and Molex cables.

As noted above the upper socket can be used for graphics cards or the CPU. At up to 85cm long, the peripheral cables should work in nearly all cases, while the mainboard and PCIe plugs reach 60-65cm. The 24-pin plug is connected to the bottom row (with 12 volt) and the middle row as well.

The cable sleeving is very good and relatively opaque, but ends just before the plug sockets, which doesn't look as good as it could. That's apparently the price one must pay for the full modular connector system; perhaps flat cables would be a better solution here. But this is a matter of taste. As always the electronics is much more important for us.