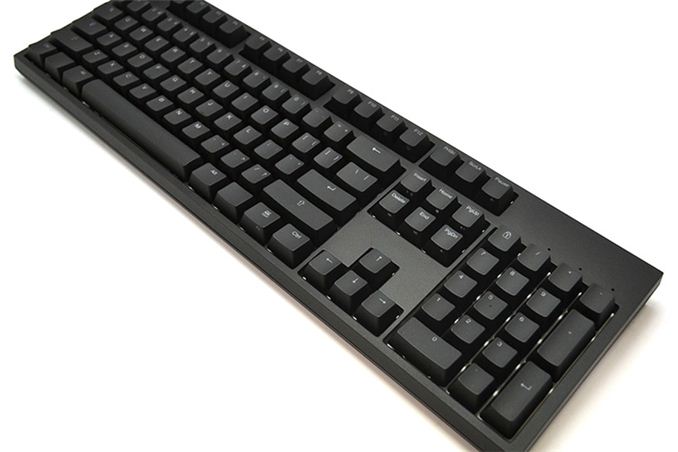 If you’ve been following my reviews this year, you’ve probably noticed my hunt for the perfect ergonomic keyboard. So far, I’ve been through four keyboards with mechanical switches, three of which have been ergonomic designs: the TECK, Kinesis Advantage, and ErgoDox. I’ve also used a Rosewill RK-9100 that’s not ergonomic but sports a traditional layout. If you’re curious, my personal favorite of the bunch so far is the Kinesis Advantage, but I have to admit that when it comes to numeric input, I really miss having a dedicated 10-key. You know what they say about opinions, but every review that I complete usually has a bunch of numbers that need to be input into a spreadsheet or Mobile Bench, and for doing that sort of work there’s simply no beating a 10-key in my book.

Of course, many people have differing opinions on what makes for a great keyboard. For typists, I don’t think you’ll find many that will disagree with the claim that mechanical switches are better than membrane domes, though I’m sure there are also a few people that prefer scissor-switches (e.g. Logitech K740) or buckling springs (IBM Model M). Jeff Atwood over at Coding Horror has decided to team up with WASD Keyboards to create the CODE Keyboard, apparently his dream keyboard. As with most keyboards that come with Cherry MX switches, the cost is going to be higher than membrane-based keyboards: $150. And at first blush, it might seem that the CODE Keyboard isn’t all that different from other mechanical keyboards – it has a lot in common with my Rosewill RK-9100 for example. Dig a little deeper however and you’ll find some nice features.

Starting with perhaps one of the most critical factors, the CODE Keyboard uses Cherry MX Clear (White) switches. The description of the keyboard calls these “ultra-rare” switches, but I’m not sure there any rarer than some of the other Cherry MX switches; “lesser-used” might be a better term, and interestingly the ErgoDox that I just reviewed used the same switches. Again, everyone has opinions on what’s “best”, and I don’t think it’s possible to definitively call one switch better than another; they’re just different. I personally really like the clicky action of Cherry MX Blue while other people prefer Cherry MX Red; Jeff Atwood apparently prefers the Clear switches. They have a tactile bump but are not clicky with a slightly higher activation force than Blue switches, basically a slightly stiffer version of the cherry MX Brown switches.

Besides the switch choice, the CODE Keyboard supports 6-key rollover in USB mode (N-key rollover via the included PS/2 adapter), and control, alt, and shift don’t count towards the six keys. I’m not sure I ever really needed to press that many keys at once when I was coding, but for certain games it would definitely be beneficial. It also has white LED backlighting (with seven levels of brightness, including the ability to turn it off), a steel back plate to provide a solid feel, a dual-layer PCB, and a detachable micro USB cable. It’s also available in two models: a standard 104-key with a numeric keypad and an 87-key that omits the keypad. (You know which one I would choose, right?)

Finally, in terms of customization options, a set of six DIP switches on the bottom allows you to configure several options: you can select between QWERTY, Dvorak, and Colemak layouts, Mac users can swap Alt with Command, you can disable the Windows key, and “more”. What I would really like to see is the ability to reprogram the entire keyboard similar to what you can do with the ErgoDox configurator at Massdrop. I’m not sure I’ve seen anything like that for any other keyboard, although the TECK now has a layout designer that at least provides a decent level of configurability. Considering the price of the CODE Keyboard, I think the layout designer is something they really need to create – my personal preference for example is to have a Windows key, Fn key, and Menu key all available; the CODE Keyboard apparently support either the Menu key or an Fn key, but not both. The Fn key provides access to the multimedia shortcuts as well as backlighting functions, but I personally use the Menu key regularly; it looks like there’s a right hand Windows key, which I would be more than willing to give up in order to get both, but it’s not clear if the DIP switches allow this or not.

The CODE Keyboard is certainly an elegant/minimalist design, and I’m sure it will appeal to a lot of people. There’s also a wire key puller so that you can remove keys if you want to rearrange the layout or clean your keyboard. My real question is this: do you really want a straight keyboard for regular typing duties? The CODE Keyboard says yes, but Kinesis, TECK, ErgoDox, and others have a different opinion, and I’m inclined to go with them. If your primary use is hammering out code (or gaming, or maybe you just move between PCs enough that you don't want to deal with the learning curve with the modified layouts), like Jeff you might not need/want an ergonomic design. The CODE Keyboard is more expensive than a lot of other mechanical keyboards by about $50, but there aren’t very many keyboards with MX Clear switches these days so if that’s what you’re after, all of the other features are simply icing on the proverbial cake.