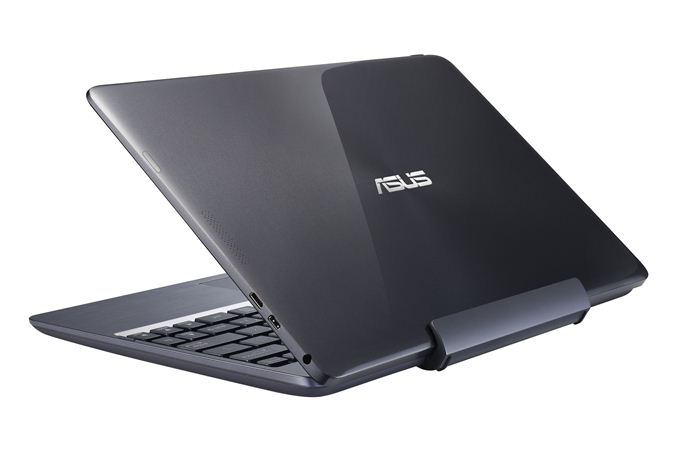 Earlier today, ASUS CEO Jerry Shen teased their first Bay Trail tablet: the T100. Today at ASUS' IDF press conference we got some more details on the tablet. The official name is the Transformer Book T100 and it's a 10.1-inch Windows 8.1 tablet. The IPS display features a 1366x768 resolution. Normally I'd complain about that, but the T100 starts at $349 for a 32GB model.

Internally, ASUS settled on the Atom Z3740, a quad-core Bay Trail SKU clocked lower than the one we previewed earlier today. The max non-turbo frequency on the Z3740 is 1.33GHz, with a max turbo of 1.86GHz. Since this isn't a D-SKU, ASUS settled on a dual-channel (2x64-bit) LPDDR3 memory interface.

Much like the Bay Trail FFRD we tested, the T100 is equipped with 2GB of LPDDR3. NAND storage options include 32GB or 64GB eMMC. There's also a single microSD card reader. 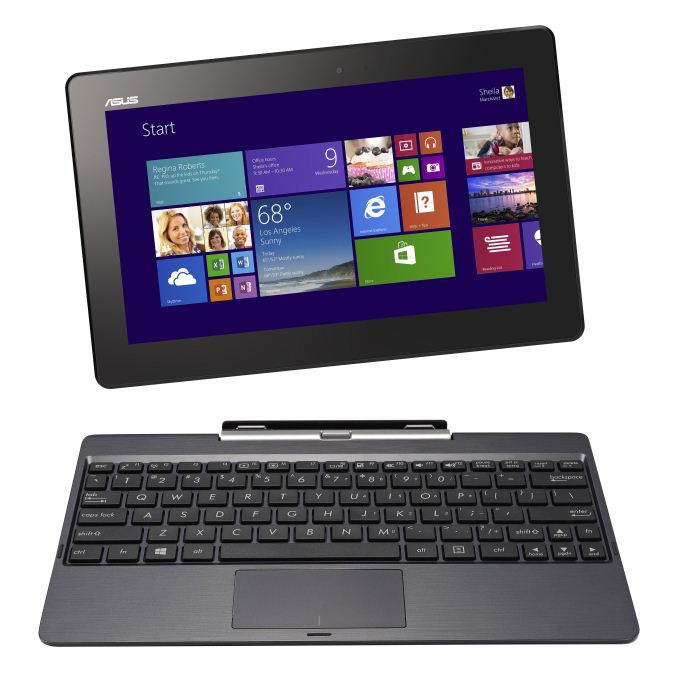 Other IO includes a micro USB port for charging (and/or external USB devices), a micro HDMI output and a headphone/mic jack. There's keyboard dock included (!!) that adds a USB 3.0 port. ASUS claims they used the Thinkpad and MacBook keyboards as the benchmarks to evaluate the T100 against.

On the software side, in addition to Windows 8.1 you get a pre-installed copy of Office 2013.

The T100 is extremely interesting as it's truly a reimagining of the netbooks of 5 years ago. It's thinner, lighter and much faster.