Visually, the Antec EDGE 550W certainly stands out from the crowd. Actively cooled units with perforated sides are rare to begin with, let alone units with an output of just 550W. This is likely to be more of a decorative measure than anything needed for cooling, as a large portion of the openings are blocked by the plastic shielding. Despite the output, the chassis of the Edge is 170mm long, making it slightly longer than a standard ATX unit and that could pose a problem in very tight compartments. 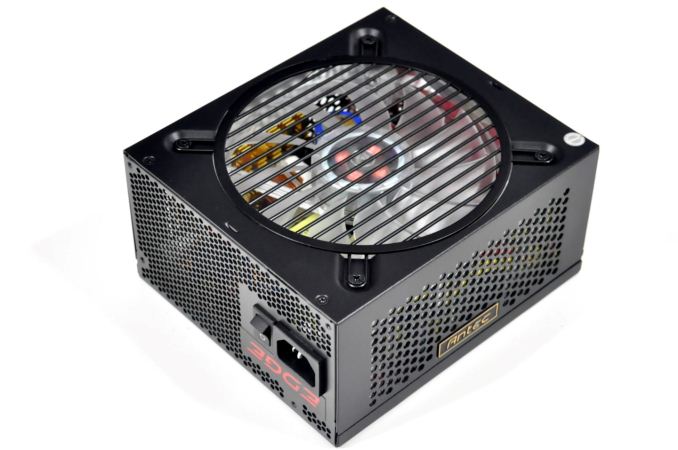 Antec made numerous small modifications to enhance the appearance of the unit, including a parallel grid fan guard, badges on the sides and rear of the chassis, and a semi-transparent white LED fan. The badges on the sides are installed in such a way that their orientation when looking at the unit from a left side panel window will be correct, regardless of whether the unit has been installed with the fan facing upwards or downwards. On the front side of the chassis are the connectors for the modular cables, as well as a switch that can turn the LED lighting off.

The 135mm semi-transparent fan is supplied by Hong Hua, a common supplier of fans for use in PSUs. It has a fluid dynamic bearing engine and a maximum speed of 2000RPM. Our instrumentation reports a maximum unobstructed volume flow of 70.5CFM. 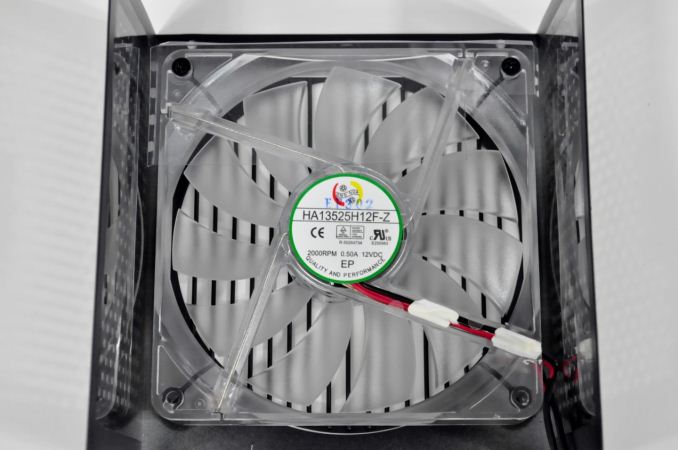 Seasonic is the company behind the creation of the Antec's EDGE series. The EDGE shares the same platform as the Seasonic S12G but there are notable differences in the selection of components. There are four heatsinks, with the smallest one holding the primary rectifier bridge, the one near the edge of the PCB the active PFC components, and those on each side of the main transformer handle the inversion and conversion transistors of the primary and secondary stage respectively.

A small shielded PCB is attached to the rear of the AC receptacle, housing some of the filtering stage components, while the rest can be found on the main PCB. There are a total of six Y capacitors, two X capacitors and two filtering inductors, which are more than adequate for a good filtering stage. Moving towards the APFC stage, we see the blue Hitachi 330μF/420V capacitor next to a large filtering coil that has been drenched in glue. The rest of the capacitors are a mix of Nippon Chemi-Con and Rubycon electrolytics, as well as many polymer capacitors from Enesol. 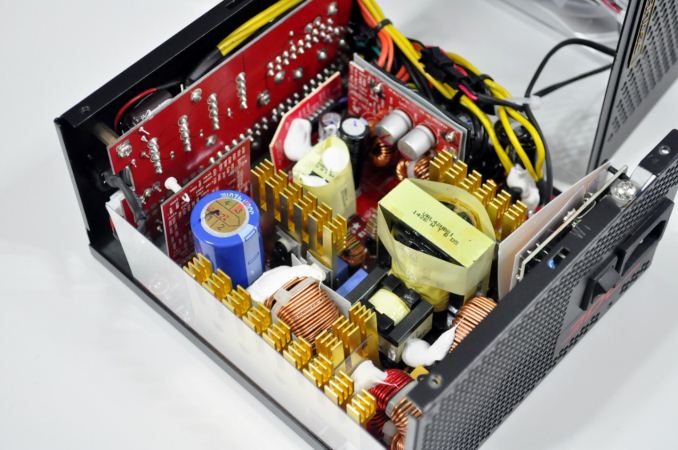 The build quality of the Antec EDGE 550W is outstanding. Not only is the soldering job flawless, but the factory also performed an excellent assembly job. Glue has been applied on all critical components, ensuring the mechanical cohesion of the unit and minimizing the risk of high frequency vibration noises (also known as "coil whine"). Plastic sheets and pins ensure that no component will short another. Our only complaint lies with the design. As this platform has not really been developed purely for fully modular designs, there are a lot of cables causing some clutter near the left edge of the unit.