Monoprice at CES: 30-inch IPS with "Guaranteed" 120Hz and a Mechanical RGB Keyboard

Over the past year or two one of the hot subjects with displays among enthusiasts has been overclocking them to drive the panel at higher refresh rates. We've seen this mostly from the Korean 27" QHD imports, and the amount you could overclock the panel was often quite variable. Monoprice has begun offering displays as well, which gives you better support options than importing something from overseas, and now they're taking it a step further with a 30" IPS display that they're saying they'll guarantee will run at 120Hz 2560x1600. 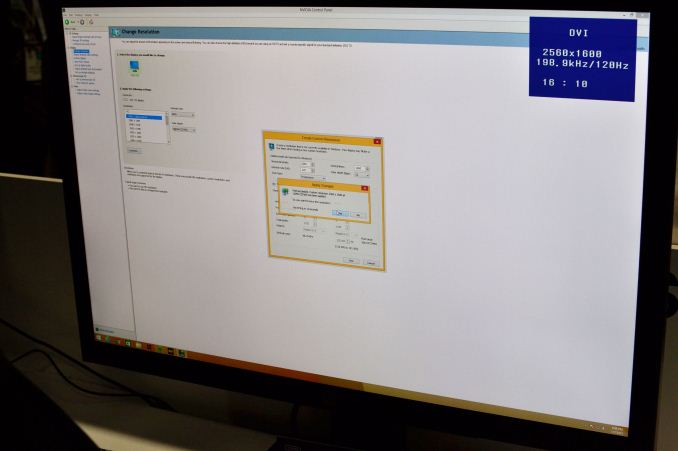 Now, just refreshing at 120Hz doesn't solve all the issues you might encounter – e.g. image persistence between frames – but given these IPS panels are supposed to have a 6ms response time (which is more marketing than fact) driving them at up to 167Hz is possible. Even if there's a bit of smearing between frames, I still think having a 120Hz display is a much better experience than the 60Hz we've had to accept for years now. It will also be interesting to see how well the display actually works with a variety of GPUs – I suspect some GPUs might struggle to send a clear signal but we'll see. There's no specific release date yet, but Monoprice says the display should be out in the next couple of months. 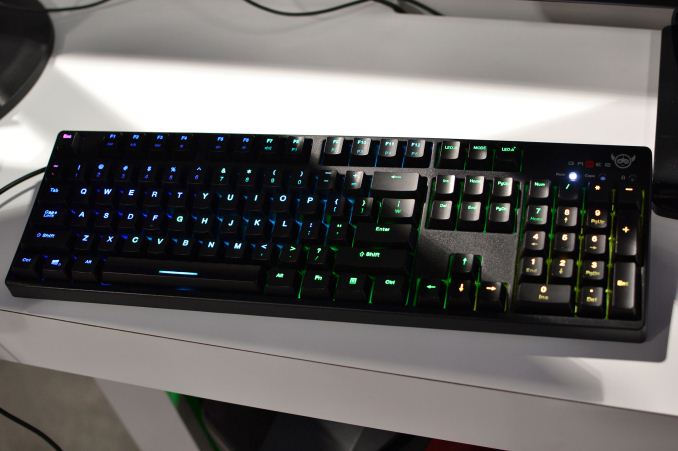 Monoprice had plenty of other items on display, but most of those (speakers, power banks, cables, etc.) aren't something we cover much at AnandTech. However, they did have a mechanical keyboard with the new Kailh RGB switches, with programmable per-key backlighting. Or at least, that's the end goal – I'm not sure the software support for programming the backlighting is there yet. Anyway, the effects that you can make with these per-key RGB LED keyboards are really cool initially, but I don't know how practical they'll be for everyday use. I suspect most users will just settle for a uniform color, but enthusiasts will enjoy the customization options. I saw several other keyboards with Kailh RGB LED switches at CES, most with software that's nearly ready for release, so it will be interesting to see how pricing and features pan out.