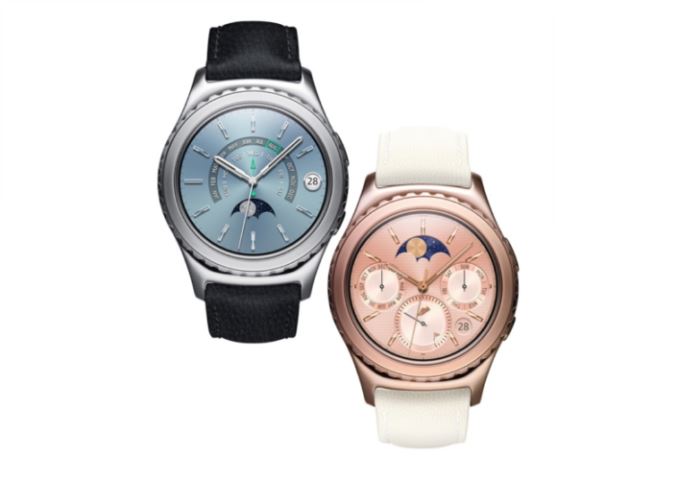 Among the announcements made during Samsung’s CES 2016 press conference, two related to Samsung’s Gear S2 smartwatch. The first is the introduction of two new finishes for the Gear S2 Classic. The first is an 18K rose gold plated model, and the second is a platinum plated model. The rose gold model comes with an Ivory leather band, while the platinum model comes with a black leather band.

In addition to the two new premium models of the Gear S2, Samsung also announced that they will be enabling support for iOS on the Gear S2. This will allow Gear S2 users to use the watch with the iPhone if they so choose.