The Intel Core i9-9980XE CPU Review: Refresh Until it Hertz

It has been over a year since Intel launched its Skylake-X processors and Basin Falls platform, with a handful of processors from six-core up to eighteen-core. In that time, Intel’s competition has gone through the roof in core count, PCIe lanes, and power consumption. In order to compete, Intel has gone down a different route, with its refresh product stack focusing on frequency, cache updates, and an updated thermal interface. Today we are testing the top processor on that list, the Core i9-9980XE. 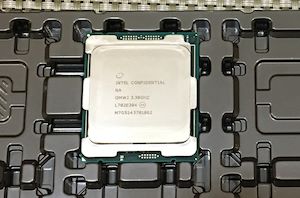 One of the interesting things about Intel’s latest generation of high-end desktop parts was the jump from ten cores at the peak to eighteen, as Intel moved its high...