One of the major areas worth discussing when it comes to mobile devices is computing performance. As much as OEMs try to not talk about this, ultimately what distinguishes a smartphone from a featurephone or simple flip phone is dramatically improved compute. Running a web browser, running a full Linux OS with apps that require JIT or AOT compilation are all tasks that demand large amounts of system memory and compute. Similarly, any kind of 3D game is going to require quite a bit of compute power and memory in general. As mentioned in previous reviews a major focus for this year has been trying to make our benchmarks more focused on real-world performance, so we’ll be better able to show how the HTC 10 actually performs relative to other devices on the market. 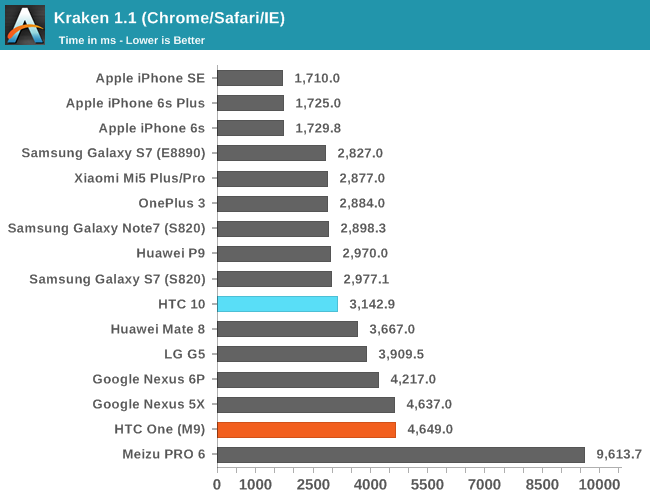 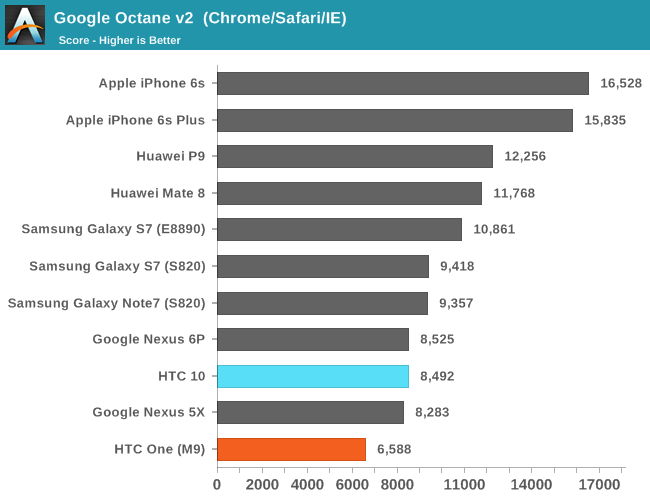 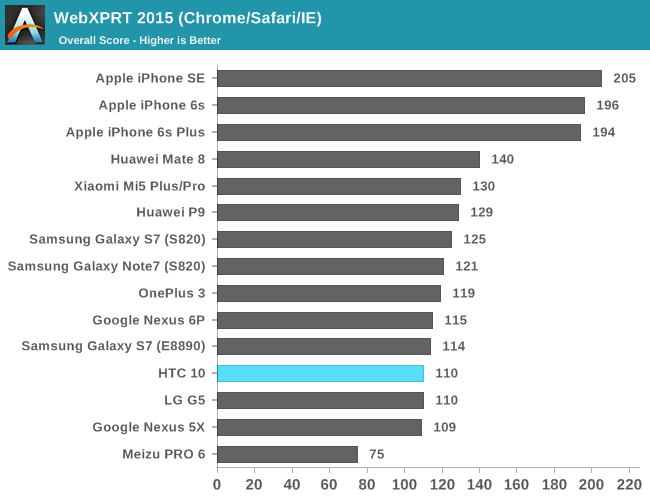 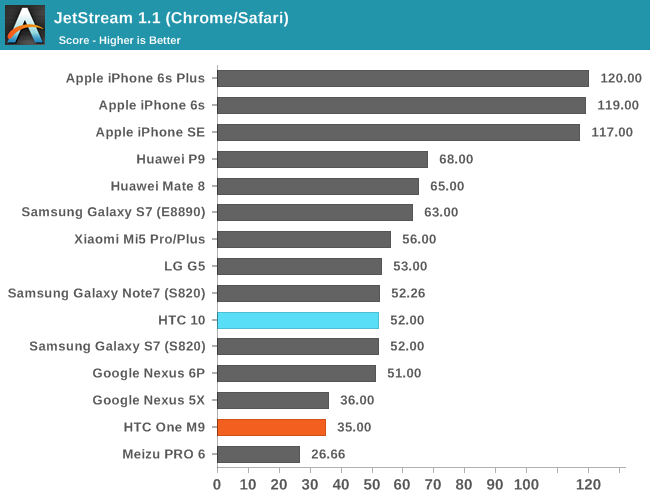 In the basic browser benchmarks, we can see that the HTC 10 is pretty much on par with all other Snapdragon 820 devices. This shouldn't really come as a surprise given how much of an optimization target all of these benchmarks are for the OEMs and SoC vendors, but performance in general on Snapdragon 820 is not necessarily great for web browsing with Chrome. 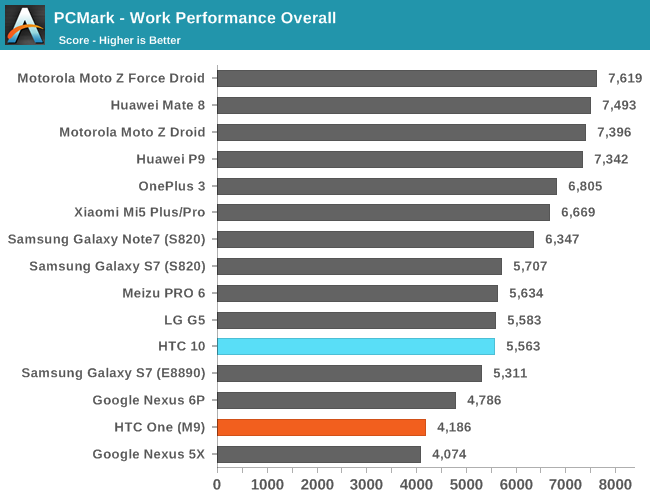 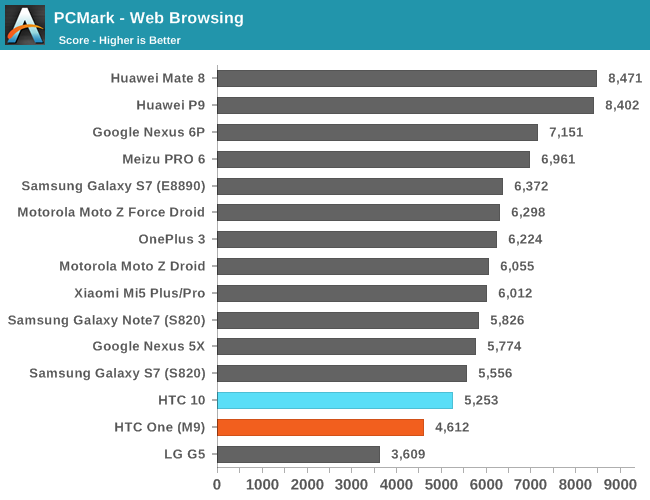 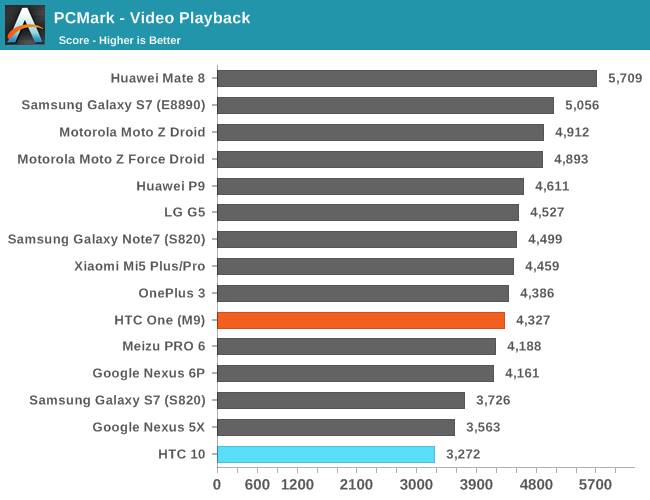 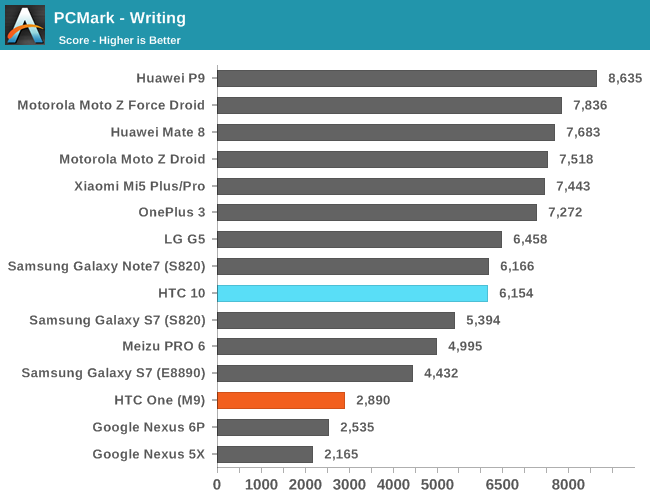 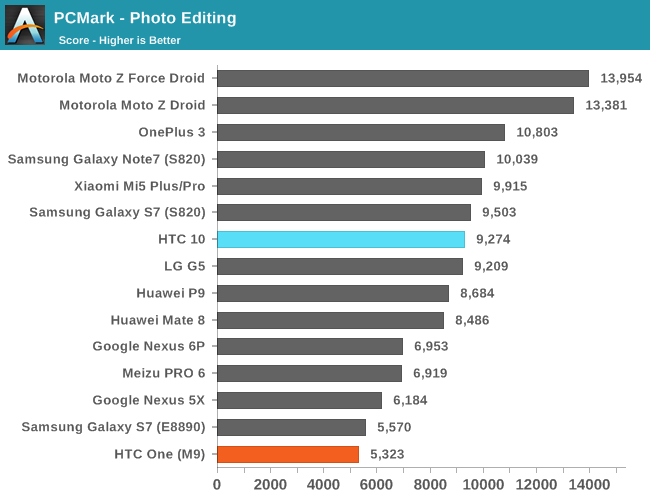 PCMark is very sensitive to DVFS changes in most cases so it's interesting to see how closely it performed to the Galaxy S7 and G5. What is notable here is the poor showing in video playback, which persists even if you use HTC's CPU cheats which are still accessible from the developer settings. The average scores that PCMark records is significantly higher than what I can achieve with the HTC 10 unless I enable high CPU performance mode. Determining what this means has been left as an exercise to the reader. 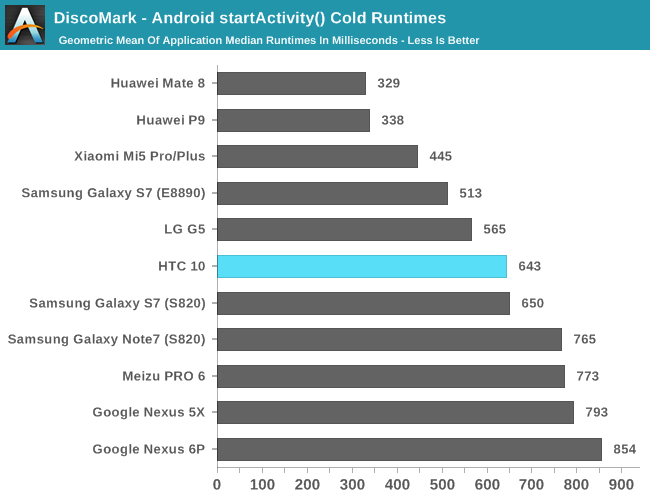 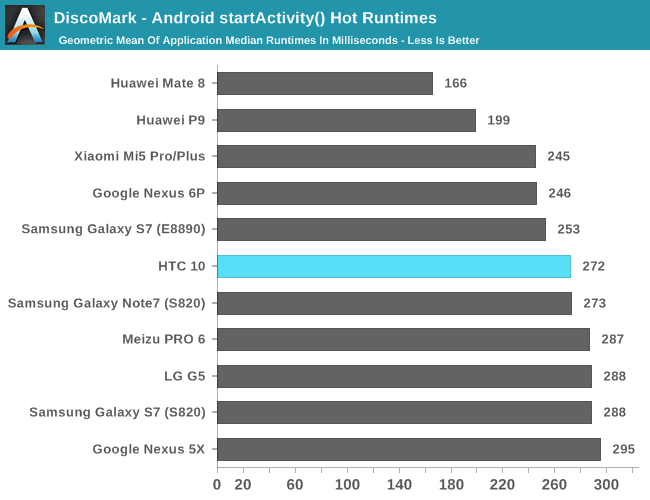 Looking at the HTC 10 overall results it might be tempting to simply suggest that overall performance is comparable to the Galaxy S7 with S820 but when you look at the individual breakdown the main reason why the HTC 10 seems to be so slow is because the location provider in Maps is causing its launch time to be significantly higher than most phones I've seen before. In just about every other situation the Galaxy S7 is significantly behind the HTC 10. Overall, I think the HTC 10 performance is in line with what I'd expect for a Snapdragon 820 phone here.