In the early days of 4K, we had cautioned consumers against hasty purchases related to the upcoming technology. As a recap and update, consumers looking for a relatively future-proof home theater display component need to have the following checklist in hand:

Thanks to the rapid adoption of 4K, the technology has come down in price. There are a wide variety of TVs and projectors fulfilling the above criteria. The budget often decides the size class as well as the TV panel technology (OLED vs. LCD/LED). The OLED vs. LCD/LED debate is beyond the scope of this piece, but, suffice to say that if the budget allows, one should go for an OLED television. Based on my particular installation location and budget considerations, I narrowed down my options to a LCD/LED TV in the 46 to 55" class. Available options included the Vizio M-Series, the Sony X800E, the Samsung MU8000 and MU7000 series, the TCL P- and S- series TVs, and the LG 55UH7700. Readers interested in the technical analysis of the above displays can refer to reviews on sites dedicated to analyzing TVs. From a specification viewpoint, the Samsung TVs were ruled out because of their lack of support for Dolby Vision. HDR10+ (the competing open HDR standard with features comparable to Dolby Vision) is yet to take off in a big way with respect to content and hardware support. In the meanwhile, there is a lot of content in OTT services that are encoded with Dolby Vision HDR. UHD Blu-rays with Dolby Vision have also started appearing inthe market. The TCL S- series was also ruled out for its 'fake' HDR nature (covered in the next section).

In the end, we decided upon the TCL 55P607 as an upgrade from the Sony KDL46EX720 in our test setup. The TV has been well-reviewed. For all practical purposes, 3D is dead, and we were not worried about the absence of 3D capabilities in the TCL model. 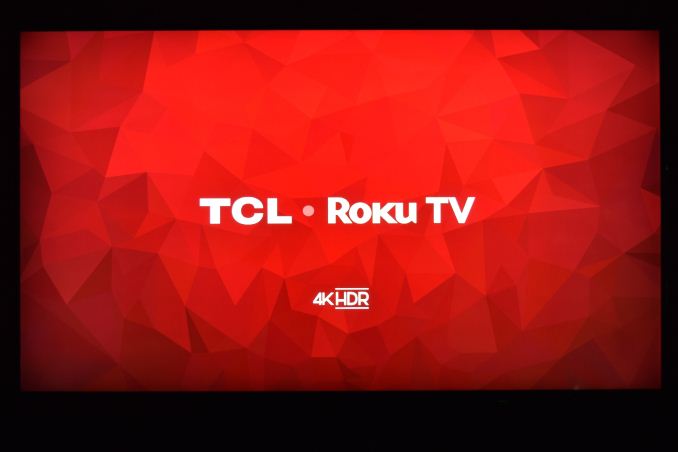 The TCL 55P607 is also an impressive smart TV platform, thanks to the integrated Roku features. It also enables network control of the unit. As a power user, I am not a big fan of Roku beyond its ease of use for premium OTT streaming services. In our previous evaluations, its local media playback capabilities turned out to be abysmal. In its recent iterations, the excessive advertising push has also been a bit disconcerting. In any case, it essentially comes for free with the 55P607, and for its price, it is a welcome option. Further down in this review, we will also look at how the built-in Roku platform performs for typical modern HTPC usage.

In the course of usage, I found that the TCL 55P607 delivered good value for money. However, it was not without its share of problems. One minor issue was the relatively rare flashing while playing back certain scenes (also brought out in the RTINGS review of the set). It is related to the local dimming algorithm used in the TV.

The other aspect was its high power consumption when the display was switched off. Admittedly, I do not have other comparison points, but, 24.65W in standby mode (just being able to turn it on over the network using the Roku app) seems a bit high. Finally, we found that the firmware originally on the TV when I purchased it (v7.7) had a compatibility issue with certain HDR sources that was later silently resolved in a firmware update (v8.0). That particular issue is covered in detail in the UHD Blu-ray playback section.