The GIGABYTE Z690 Aorus Master Mobo Review: 10GbE Rounds Out A Premium Board

Back in 2017, GIGABYTE debuted its Aorus gaming series, which by all accounts was to segment its gaming-focused products much like ASUS does with its Republic of Gamers series and MSI's Gaming branding. Over the years, the overall design and aesthetic have mutated, and GIGABYTE's Aorus range of motherboards encapsulates its most premium models.

Focusing on the current design via one of its most premium models, the GIGABYTE Z690 Aorus Master blends a mixture of RGB-enabled zones, including a large rear panel cover and a large chipset heatsink. It features an ATX-sized PCB that is all-black, with black armor that doubles up and amalgamates the board's M.2 heatsinks into the overall design. 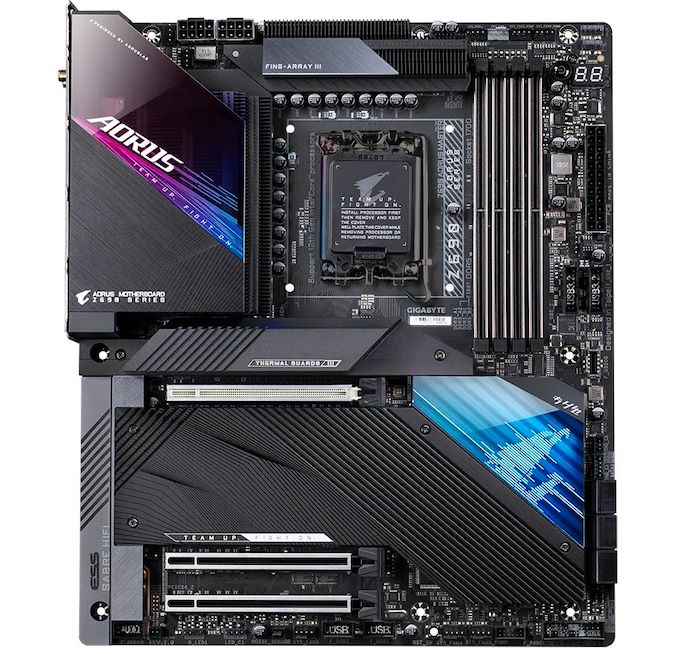 On the lower section of the motherboard are the PCIe slots, of which GIGABYTE includes three. This includes one full-length PCIe 5.0 x16 slot, and two full-length PCIe 3.0 x4 slots. While many users will question the decision as to why GIGABYTE hasn't opted for two PCIe 5.0 slots operating at x16 and x8/x8, the answer comes in the way of storage. There is a total of five M.2 slots nestled underneath the armor, with four of these supporting PCIe 4.0 x4 (one with SATA) and one with support for PCIe 3.0 x4 M.2 drives. For conventional SATA devices and storage, GIGABYTE includes six SATA ports capable of supporting Intel RAID 0, 1, 5, and 10 arrays. 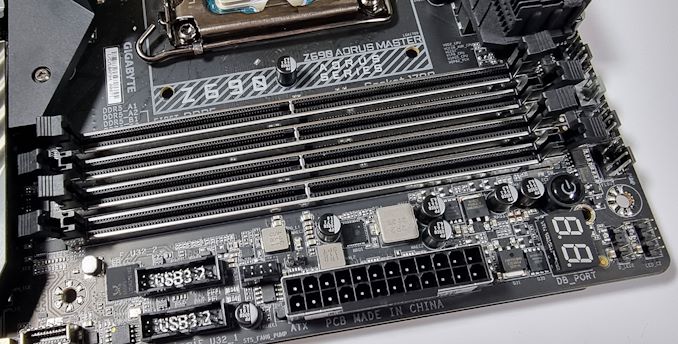 GIGABYTE includes ten 4-pin headers for cooling, with one for a CPU fan, one for a water pump, and eight for chassis fans. Located in the top right-hand corner are four memory slots, with support for speeds of up to DDR5-6400 and a combined capacity of 128 GB. Next to the memory slots in the top right-hand corner is a small power button with a two-digit LED debugger. 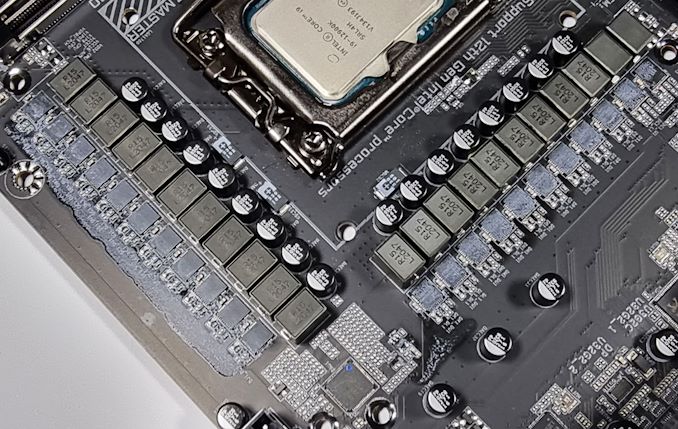 Focusing on the power delivery, the GIGABYTE Z690 Aorus Master has a large 20-phase design that is configured at 19+1. The CPU section includes nineteen Renesas 22010540 105 A power stages that are operating in a direct configuration. There's one Intersil 99390 90 A power stage for SoC, while GIGABYTE also includes two Monolithic PS MP87992 70 A power stages specifically for the VCCAUX. Controlling the power delivery is a premium Renesas RAA229131 20-phase PWM controller operating in a 19+1 configuration. Providing power to the CPU is a pair of 8-pin 12 V ATX CPU power inputs, with the power delivery capable of providing up to 1995 A to the processor. 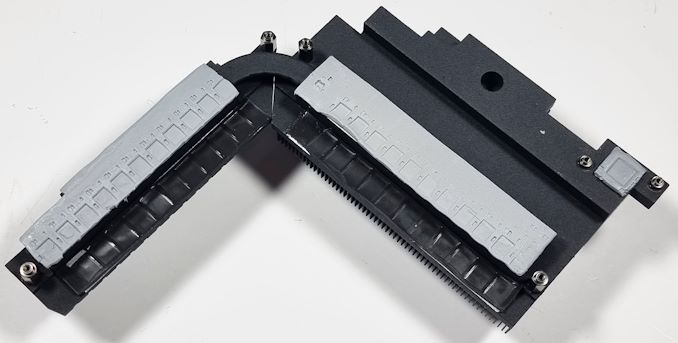 Keeping the power delivery cool is a large two-part heatsink that is interconnected by a large flat heat pipe. As you can see from the image above, the heatsink is making decent contact with the power delivery components, although one section has notably deeper imprints than the other section.

Looking at the audio solution, the Z690 Aorus Master uses a Realtek ALC1220-VB HD audio codec, with an assisting ESS Sabre ES9118 DAC. The ALC1220-VB is surrounded by five Japanese gold Nichicon audio capacitors, while there are also four red WIMA audio capacitors closer to the ESS Sabre DAC. GIGABYTE also includes a line of PCB separation to keep the audio PCB away from the rest of the board's components. 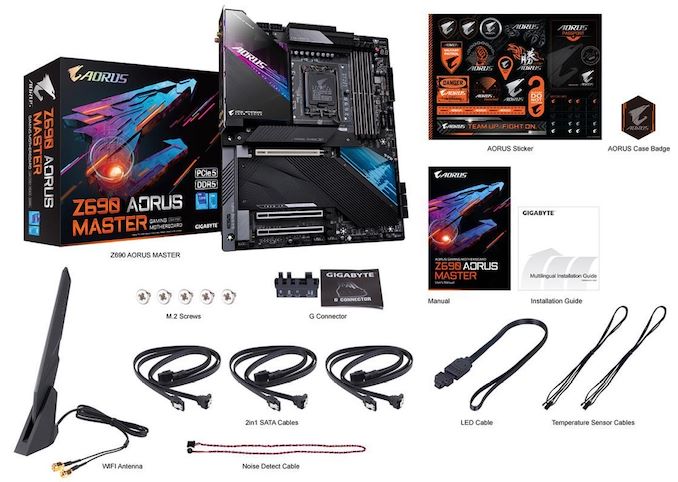