Return of the UltraPixel

As I mentioned earlier, the One’s primary camera sensor remains unchanged from last year’s model. The M8’s primary shooter is a 4MP “UltraPixel” camera with 2.0µm square pixels. As Brian (correctly) theorized last year, there were two sources for HTC’s UltraPixel camera: ST (VD68969) and OmniVision (OV4688), the latter being the limited second source. Due to quality control problems with the ST sensor the M8, like later models of the M7, uses the OmniVision sensor exclusively. The entire module is almost identical to what we saw last year in the M7, with one notable exception: it no longer has OIS (Optical Image Stabilization). Dropping OIS was likely due to a combination of cost and performance concerns. HTC’s OIS was never quite as good as Nokia for example, and there’s surely an impact on yield. I’m curious as to whether or not we’ll see it return in a future flagship, but for now the feature is gone.

The impact is obvious. I carried both versions of the One (M7 and M8) and recorded some video while walking around RDU. The lack of OIS has a tremendous impact on image stability while recording a video:

The impact on still photography is also significant, although it’s easier to mitigate through tuning of the camera software.

HTC is quick to point out that although the camera sensor and lens system haven’t changed since last year’s model, they are backed by an improved Qualcomm ISP (Snapdragon 801 vs. 600). HTC maintains the dual-ISP approach with both its own Imagechip and Qualcomm’s integrated ISP working to process sensor data. It’s unclear just how different the underlying ISP architecture is in Snapdragon 801, however it is considerably faster (930MP/s vs. 320MP/s).

The camera UI has been substantially improved (not that it was bad to begin with). With enough light, the preview appears to be full res, accurate and at a high frame rate. In lower light the preview will drop frames as it attempts to maintain visual accuracy.

A full pass of the autofocus routine should take around 300ms. There’s virtually no capture lag as images are dumped directly from a capture buffer to NAND. Burst capture is supported, just hold down the capture button and the One will grab a maximum of 99 frames at a rate of around 12 fps. HTC offers a best shot button that will analyze all 99 frames, determine the best one and delete the rest. You can also use HTC’s Gallery to quickly select and delete all photos.

HTC continues to do an excellent job with the software tuning of its camera. The One’s auto mode is really good. There do seem to be some tweaks compared to the M7’s camera software (above and beyond mitigation for the missing OIS), for example color accuracy is improved on the M8. There's also a new dual flash, similar to what's in the 5s. 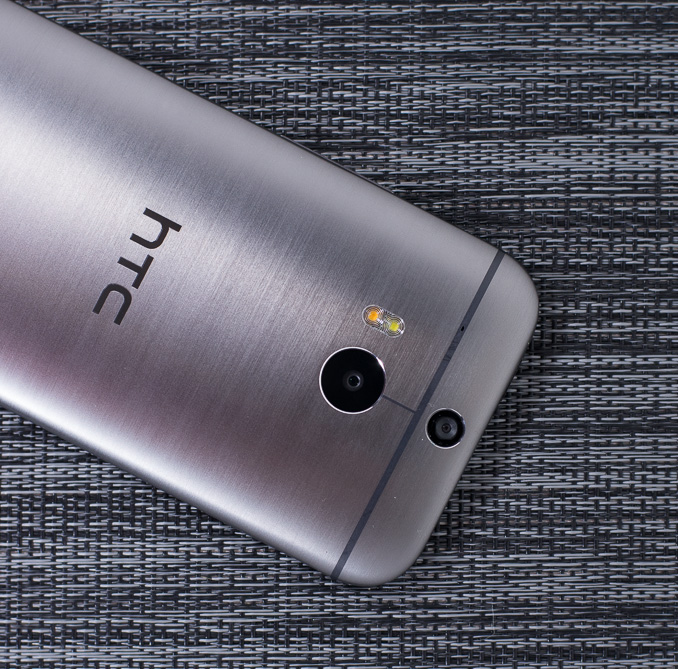 The whole point of HTC’s UltraPixel sensor was to capitalize on the fact that most of the time we’re taking these ultra high resolution photos on our phones, only to have them reduced to less than 1MP and shared on the web, Facebook or Twitter. If that’s your primary use case, the One’s camera is really one of the best, most versatile shooters on the market. HTC’s 2.0µm square pixels enable great low light performance. 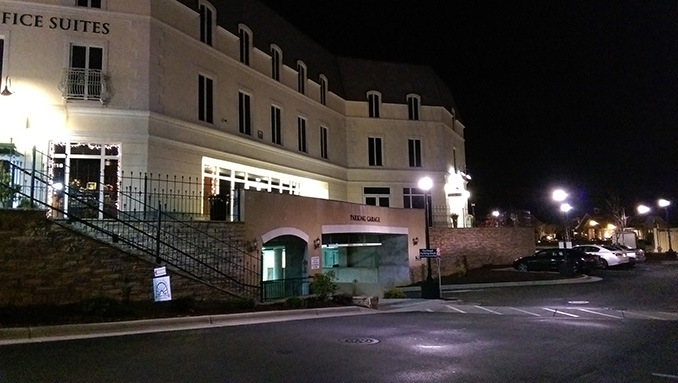 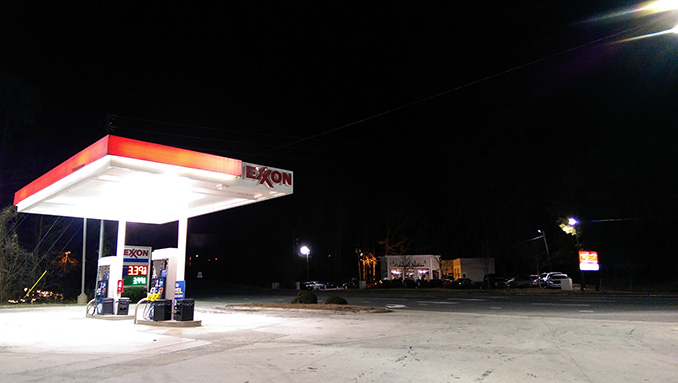 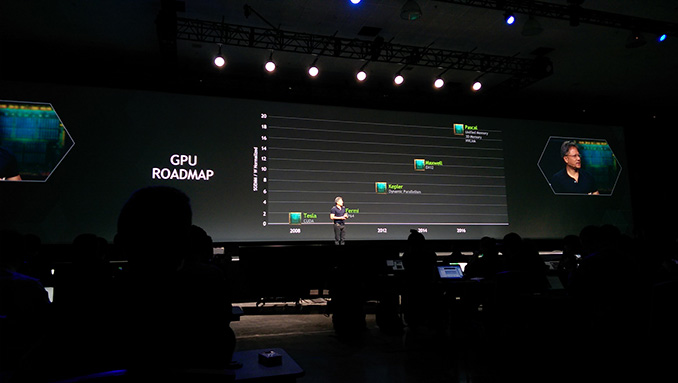 Performance in well lit scenes is also more than reasonable if you’re talking about sharing for the web at reduced resolutions: 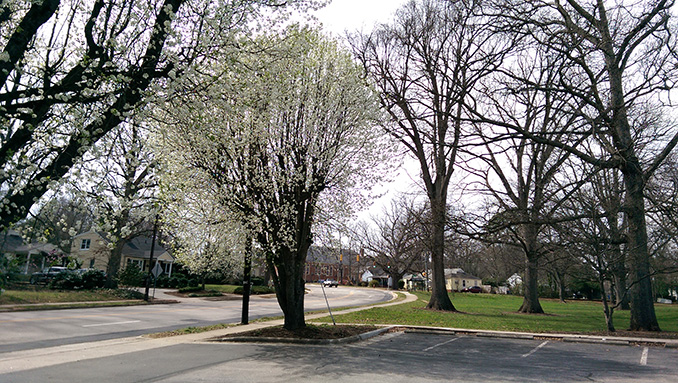 The problem becomes when you start trying to share at full resolution:

The fact remains that there are more pixels on a 15-inch MacBook Pro’s Retina Display than you can get out of the One’s UltraPixel camera. On the M8 in particular, you actually get higher resolution shots from the front facing camera than you do out of the rear.

If you look back at last year’s coverage of the M7, you’ll find large pockets of people who were put off by the sensor’s lack of spatial resolution. Unfortunately HTC did nothing to address this weakness with the M8.

One complaint I definitely had about the previous One was its insistence on driving to higher than needed ISO values when in really low light scenarios. I remember being so incredibly pleased with this shot taken with the M7, but having to manually set the ISO to 200 in order to get it.

With the new One, HTC seems to do a slightly better job of choosing ISO levels in auto to begin with. If it goes too aggressive however, HTC now offers an easy way to cap max ISO with an Auto Max ISO setting. Previously the ISO toggle was in the settings menu and only forced a single value, now with Auto Max ISO you can set the absolute maximum ISO level you’d like the camera to use and it’ll choose any value up to but not exceeding that.

HTC continues to limit the minimum ISO level to a fairly high value of 100. I’m not entirely sure why this is, but there’s definitely a negative impact on performance in scenes with lots of light. Both Apple and Samsung by comparison can go down to much lower ISO values. 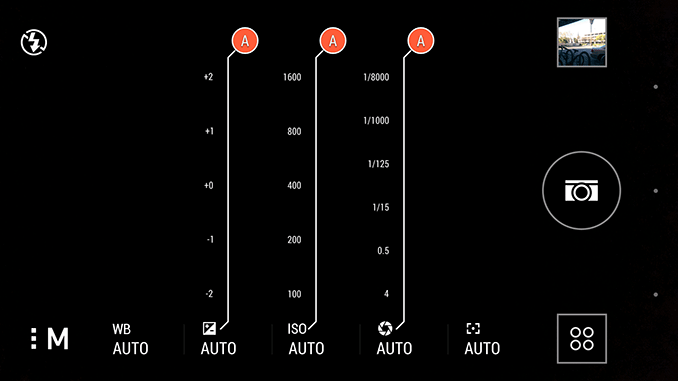 If you need more control over the M8’s camera, HTC now exposes full manual controls for ISO and shutter speed, in addition to white balance, exposure and focus point. The UI is reminiscent of Nokia’s Camera+ manual controls. Tap on any of the values you’d like to adjust and you’ll get a vertical slider. The UI isn’t entirely intuitive. Instead of dragging down from the red A (which won’t work), you slide up from the bottom or tap directly on the desired value. The manual controls won’t hide automatically either, so tap on a few of these things and your camera preview becomes crowded with adjustments. 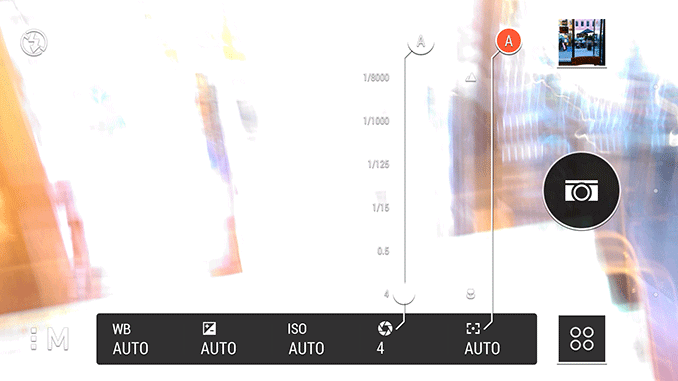 The biggest problem is that HTC attempts to give you a live preview reflecting the settings you’ve chosen. Drop shutter speed down too low and you’ll get a camera preview that’s effectively unresponsive as it updates the display in line with your shutter speed. HTC’s head is in the right space though, exposing full manual controls is a great step forward - it just so happens that HTC’s auto mode is good enough to not have to rely on them.

The One’s HDR mode requires around 2.5 seconds from the moment you capture until it’s done processing. The multi-exposure HDR still produces blown out highlights in bright scenes, somewhat defeating the point of HDR photography to begin with. 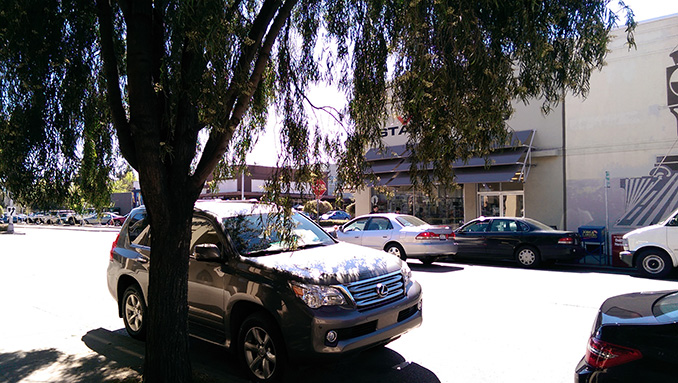 Not all situations are terrible for HTC's HDR mode however. In this setup below, I actually get more detail in the shadows and highlights rather than just one: 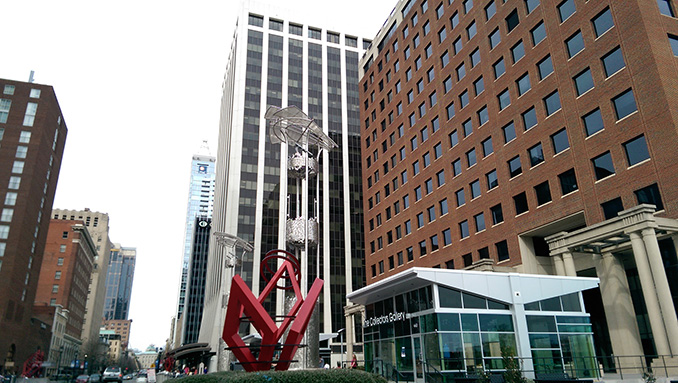 Switching between front and rear cameras is a simple downward swipe (and the same to switch again). Switching between other modes is similarly quick by using the new camera selector button in the lower right of the UI. Tapping it will bring up this screen exposing all six modes supported by the camera: 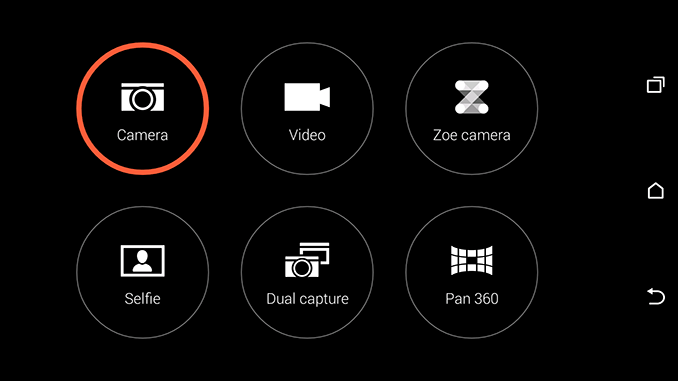 Pretty much all of the modes here are self explanatory, though there are two I want to focus on in particular. HTC’s Zoe camera was a big focus of the original One, and it’s obviously back here with the M8. Instead of Zoe being an awkwardly placed button on the left side of the camera UI, it’s now a separate camera mode.

Just as before, you can use the Zoe camera to capture full resolution stills or 1080p30 video. Tap the capture button and you’ll dump a still just like in the standard camera. Hold the capture button down and you’ll record a short, vine-like video as well as capture 20 stills in tandem. Unlike Zoe on the M7, the short videos aren’t of a fixed length. The M8’s Zoe camera records video as long as you have the capture button depressed, and after a short while it’ll lock into recording letting you free up your finger. The Zoe experience is much better on the new One.

The M8’s Gallery app automatically grabs photos, videos and short videos recorded with the Zoe camera, adds some filters and background music and creates a short 30 second highlight of your event/day. There are a number of predefined themes, but you can also add your own music, select start/end photos and directly control what content appears in the highlight. The real beauty of the feature is that if you don't want to do any of that, you don't have to - the One will automatically put together a highlights reel without any user intervention. 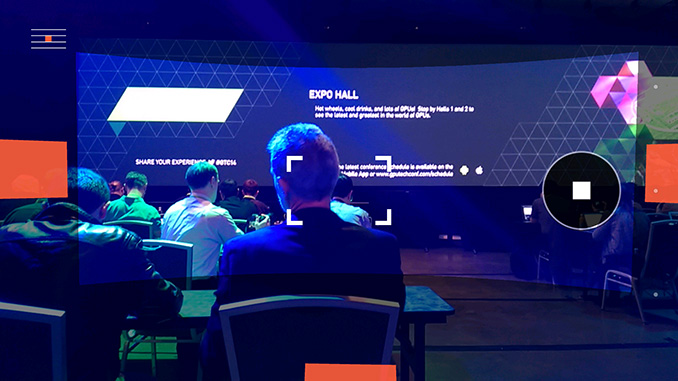 The Pan 360 mode lets you stitch together awesome panoramas with an incredibly easy to use UI. The tool just presents a bunch of red boxes on the display, line up the focus target with each box and it'll automatically capture/move to the next one. You never have to hit the shutter button.