Given the failure symptoms (and the low probability of all the four hard drives in the DS414j failing at the same time), I was cautiously optimistic of recovering the data from the drives. One option would have been to put the four drives in another DS414j (or another 4-bay Synology NAS unit) and hoping disk migration would work. However, with no access to such a unit, this option was quickly ruled out.

In many of our NAS reviews, I had seen readers ask questions about data recovery from the units using standard PCs. In the review of the LG N2A2 NAS, I had covered data recovery from a mdadm-based RAID-1 volume disk member using UFS Explorer Standard Recovery v4.9.2. Since then, I have tended to prefer open source software while keeping ease of use in mind. 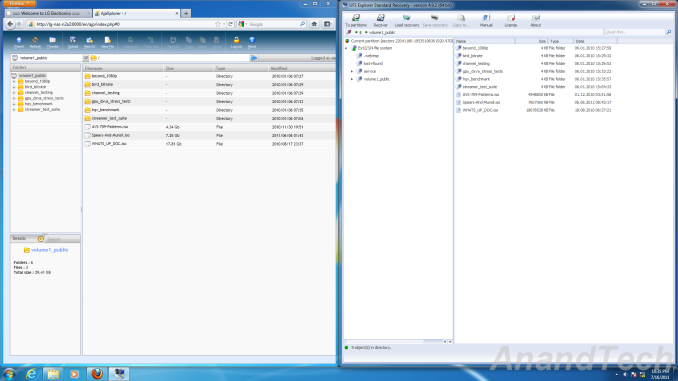 Searching online for data recovery options for a failed Synology NAS didn't yield any particularly promising results for Windows users. From an open source perspective, Christophe Grenier's TestDisk appeared to be able to perform the task. However, with no full featured GUI and / or instructions for recovery in this particular case (4-disk RAID-5 volume), I fell back upon UFS Explorer for a quicker turn-around. My only worry was that I hadn't used standard RAID-5 while creating the volume, but Synology Hybrid RAID (SHR) with 1-disk fault tolerance. Though it was effectively RAID-5 with the 4x 2TB drives in the NAS, I wasn't completely sure whether the software would recognize the RAID volume.

Synology does have a FAQ entry covering this type of unfortunate event for users willing to work with Ubuntu. This involves booting Ubuntu on a PC with the drives connected, installing mdadm and using that to recognize the RAID volume created by the Synology NAS. 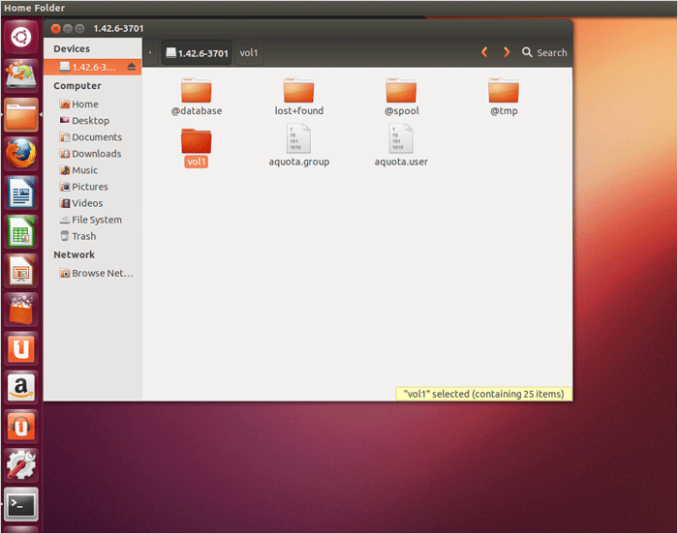 The pros and cons of the two data recovery software alternatives are summarized below:

UFS Explorer can take in disk images for RAID reconstruction. The hardware in my possession that came to mind immediately were our DAS testbed (the Asus Z97-PRO (Wi-Fi ac) in the Corsair Air 540 with two hot-swap bays configured) and the recently reviewed LaCie 2big Thunderbolt 2 / USB 3.0 12 TB DAS unit. My initial plan was to image the four drives one by one into the DAS and then load the images into UFS Explorer. I started the imaging of the first drive (using ODIN) and it indicated a run time of around 4.5 hours for the disk. After starting that process, I began to rummage through my parts closet and came upon the StarTech SATA duplicator / eSATA dock that we had reviewed back in 2011. Along with that, I also happened to get hold of a eSATA - SATA cable.

The Asus Z97-PRO (Wi-Fi ac) in our DAS testbed had two spare SATA slots (after using two for the hot swap bays and one each for the boot SSD and the Blu-ray drive). Now, it would have been possible for me bring out the two SATA ports and appropriate power cables from the other side of the Corsair Air 540 chassis to connect all the four drives simultaneously, but I had decided against it because of the difficulties arising due to the positioning of the SATA ports on the board (I would have considered had the ports been positioned vertically, but all six on the board are horizontal relative to the board surface). However, with the StarTech dock, I just had to connect the eSATA - SATA cable in one of the ports. There was no need to bring out the SATA power cables from the other side either (the dock had an external power supply). 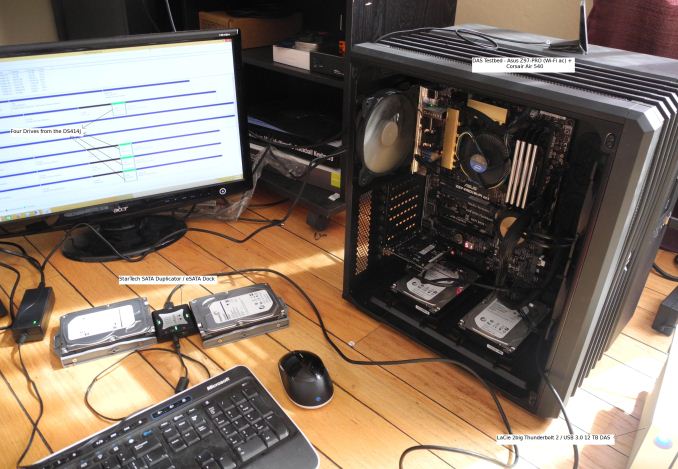 Our DAS testbed runs Windows with a 400 GB Seagate boot SSD as the only SATA drive permnanelty connected to it. I wasn't about to install Ubuntu / dual boot this machine for this unexpected scenario, but a live CD (as suggested in Synology's FAQ) with temporary mdadm installation was also not to my liking (in case I needed to reuse the setup / had to reboot in the process). Initially, I tried out a 'live CD with persistence' install on a USB drive. In the end, I decided to go with a portable installed system, which, unlike a persistent install, can be upgraded / updated without issues. I used a Corsair Voyager GT USB 3.0 128 GB thumb drive to create a 'Ubuntu-to-go' portable installation in which I installed mdadm and lvm2 manually.