Following last month’s announcement event of Apple’s newest iPhone and iPad line-ups, today we’re seeing Apple hold its second fall event, where we expect the company to talk about all new things Mac. Last year’s event was a historic one, with Apple introducing the M1 chip and new powered Mac devices, marking the company’s move away from x86 chips from Intel, taking instead their own future in their hands with their own custom Arm silicon. This year, we’re expecting more chips and more devices, with even more performance to be release. Stay tuned as we cover tonight’s show.

Over the summer we discovered that Apple's newly redesigned MacBook Pro offered battery life to die for. Approaching 8 hours of battery life on a single charge we were... 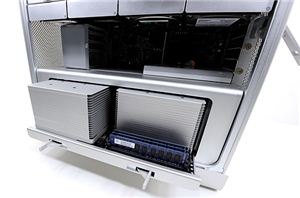 It's been years since I've tested a new Mac Pro and years since Apple has introduced a radically new one. The stars aligned and I took Apple's new Mac...

We've got the first battery life results under Windows Vista and it still doesn't look good. The new MacBook Pro lasts 33% longer under OS X than under Vista...

Apple's latest MacBook Pro breaks 8 hours in one of our battery life tests. The new MacBook Pro is the best Apple notebook I've ever tested.

Apple introduced significant aesthetic changes to its MacBook and MacBook Pro lines, in addition to completely revamping the hardware platform. When the smoke cleared we looked at battery...

Apple introduced some beautiful new notebooks today, but beneath the beauty are both new features and spec reductions. We look at potentials for decrease in power consumption but...

Apple's latest notebooks see improved battery life thanks to Intel's 45nm Penryn core. But how do they perform?

Today Apple introduced its first MacBook and MacBook Pro notebooks based on Intel's 45nm mobile Penryn CPU. Of course we took ours apart.

We've taken the past couple of weeks to thoroughly review the MacBook Air. Curious about how Apple's latest notebook really measures up? Read on and don't worry...

Confused about how long the MacBook Air's battery actually lasts? As you'd expect, it really depends on what you're doing. We created some tests to help set expectations.

The Other Office: Microsoft Office 2008 for Mac Review

The latest Office has shipped, brining an Intel-native version of the popular Mac Office suite to the market. What's new in Office 2008? We take a look.

We just got our MacBook Air and wasted no time, we've already taken it apart and answered a couple of questions before moving on to the review itself. ...

It turns out that the CPU in the MacBook Air is a little more custom than we thought. It's not a Low Voltage Merom, it's not a standard...

The MacBook Air just got announced and hidden in the announcement was a revelation of exactly how far Intel would go for Apple. The CPU inside the MacBook...

Last week we showed you what made Apple TV tick, now we find out how well Apple did with its first digital media extender.

Apple's first TV entry has finally started shipping. Before our final review, take a look at what powers the Apple TV. Here's a hint: it's more than...

In our final part of our Mac Pro coverage we look at its upgradability and performance under Windows XP.

Tempted by the new Mac Pro? Read on and find out why you'll want to replace your PowerMac G5.

We're still a couple of weeks away from our review of the new Mac Pro, but for those of you ordering systems today you will not want to miss...