The Microsoft Surface Pro 6 Review: More Than A Color

Microsoft is in a bit of a unique place in the PC space compared to other manufacturers. Other than Apple, Microsoft is the only company that controls both the hardware and software sides, and when the Surface lineup launched way back in 2012, Microsoft’s goal was to showcase the advantages of their platform with a premium hardware lineup. On October 2nd 2018, the company unveiled their sixth iteration of what is now a staple in the PC space, the Surface Pro 6. 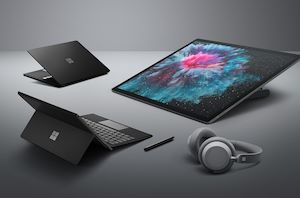 This week, Microsoft announced their 2018 Surface lineup at their October event, along with their semi-annual feature update to Windows 10. Afterwards, we had a chance to look and...