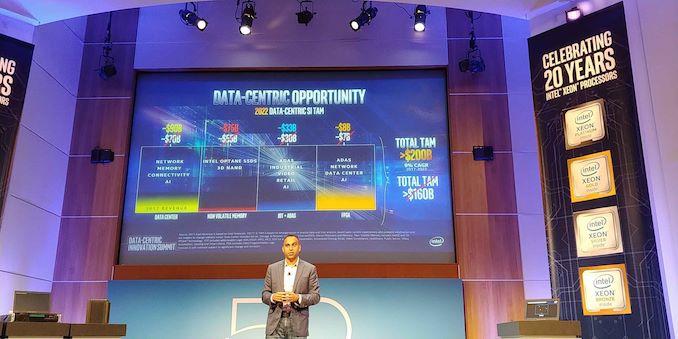 Rumors back in November were abound about Intel having some sort of reorganization internally. A number of my industry peers both on the journalist side and the analyst side were hearing murmurs of people getting laid off and other movement inside the organization. Intel made no announcement around it, publicly or privately, and we noticed during the Supercomputing conference that some of our internal contacts were not being as punctual in responding as usual. This past week, through a private call with Intel to us, we were able to confirm that updates are taking place inside Intel. This call was on the back of some position changes on Intel’s biography pages for their most senior staff. It was noted several days ago that Intel’s EVP of the Data Center Group, Navin Shenoy, had a new title: EVP and GM of the Data Platforms Group. We reached out to Intel to get some official clarification and understanding on the matter.

Through our call with the Intel spokesperson, we can confirm that there has been what is described as a ‘realignment’ within the data-centric business inside Intel, rather than a reorganization, hence why the matter hasn’t been discussed publically up to this point. The spokesperson was keen to clarify that this realignment is not an unusual element to Intel’s business – over 2019 the company has promoted that it is going after a very different looking market to what it was 10-20 years ago, not only CPUs but also AI, IOTG, Networking, Memory/Storage, and all the new ways that the market is segmented and where Intel historically has had a low market share. This movement to go after a market with more potential value than its current Xeon/data center CPU market share has been a series of positive messages from Intel, noting that it has diversified its product portfolio in this market in order to grow beyond its traditional CPU base.

The realignment/reorganisation for Intel is essentially this – adjusting the Data Center Group in order to better align with the company’s new market goals and help drive internal efficiency. As a result, some groups have merged, others have been created, some of Intel’s employees have had promotions, job title changes, job responsibilities changed, and a few employees have also been let go as a part of this change. Our spokesperson would not put a number on the people affected by the realignment that no longer had a position, but it is our understanding that most of these people are in the sales and marketing departments. 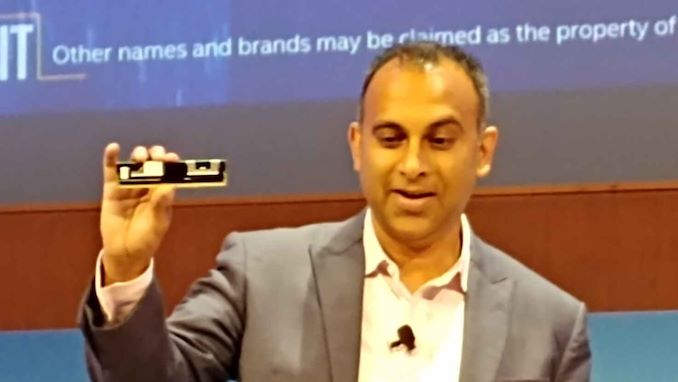 As mentioned, the biggest outward change that most people will notice near the top of the organization is that former EVP and GM of DCG, Navin Shenoy, is now the EVP and GM of the Data Platforms Group (DPG). DPG differs from DCG by virtue of covering most/all of Intel’s focus into this expanded TAM opportunities by being platform focused, rather than specifically product focused. The position change for Navin is meant to highlight his increased responsibilities as Intel has grown. There will still be product groups under DPG, for example ‘DCG’ will still exist in some form as a sub-group under DPG.

The other big change from our perspective is with the VP of DCG and GM of Xeon Processors and Data Center Marketing, Lisa Spelman. She’s getting a promotion of sorts, and her new role is now as the VP and GM of a new ‘Xeon and Memory (Optane) Group’ (XMG), which will co-ordinate the Xeon product lines and Optane memory opportunities. She will still have a hand in the marketing, with members of her team also expanding their roles to cover some of Lisa’s old responsibilities.

It was reported a few weeks ago that Raj Hazra would be retiring as GM from DCG’s Enterprise and Government Group – this group will be rolled into a combined group with DCG’s Cloud Platforms and Technology Group, which is currently being run by Jason Grebe. Jason will be the GM of the new combined group, covering a large portion of Intel’s Enterprise, Cloud, and Government business.

Other details about what the realignment entails were unfortunately unavailable. I mentioned to my contacts at Intel that not having a public announcement about this isn’t a great idea, especially after a year or two of pushing the ‘Data-Centric’ vision of Intel and everyone getting to know the individual groups. Not having any public statement means that when a new group gets mentioned out of thin air, investors and customers are going to be very confused. When we asked for a new organization chart to help understand the new corporate design (as well as reporting hierarchies), Intel stated that they’re not in a position to share this information publicly at this time.

Intel’s official statement on the matter at this time is the following:

“Changes in our workforce are driven by the needs and priorities of our business, which we continually evaluate. We are committed to treating all impacted employees with professionalism and respect.”

With CES just finished, while not a DCG focused event, Intel had a keynote but nothing was mentioned. Intel also has its quarterly earnings report on January 23rd, and if nothing is mentioned I encourage some of the financial analysts on that call to ask questions.