System performance of the new iPhones should be again excellent given the hardware advancements on the part of the new A14 chip. Alongside iOS14, we should really see no problem with everyday tasks on the phone.

Unfortunately, our benchmark suite for iOS here is still relatively barren, and we have to mostly rely on web browser benchmarks – which isn’t all too much of an issue given that’s the heaviest and most demanding every-day workload for mobile devices. 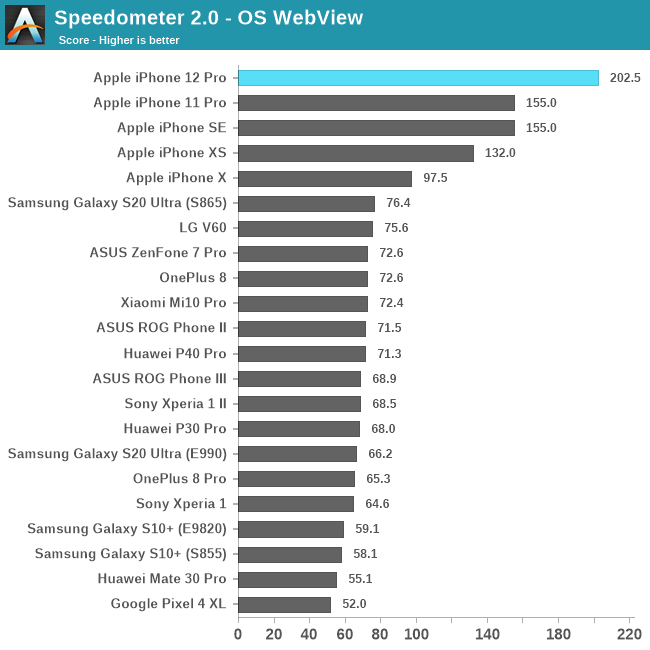 In Speedometer 2, the new A14 showcases a large performance boost of 30% for the new iPhone generation. This is likely both due to the clock frequency increase of the new CPUs as well as the fact that the new microarchitecture has in particular a larger amount of FP/SIMD resources available to itself.

Usually at this point we would point out that it’s an apples-to-oranges comparison to other devices in the chart, and that Apple’s Nitro JavaScript engine could simply be much superior to Google’s V8 engine, but the new release of the Apple Silicon Macs where we could finally compare Safari versus Chrome has shown very little performance discrepancy, meaning the performance here is actually due to the CPUs themselves.

Having that in mind, it means that Apple’s performance advantage over Android devices has grown even bigger this generation, with little hope for upcoming Cortex cores to catch up with such a gap. 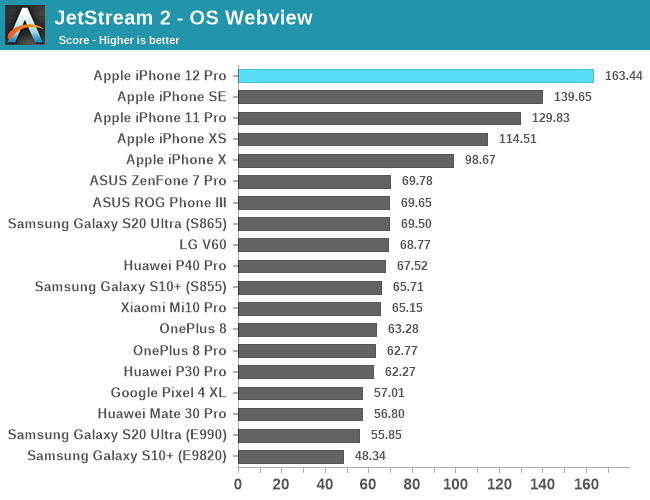 JetStream 2 has heavier workloads and also make uses of WebAssembly, averaging out a smaller performance increase for the new A14 chip, but still showcasing class-leading performance amongst the competition. 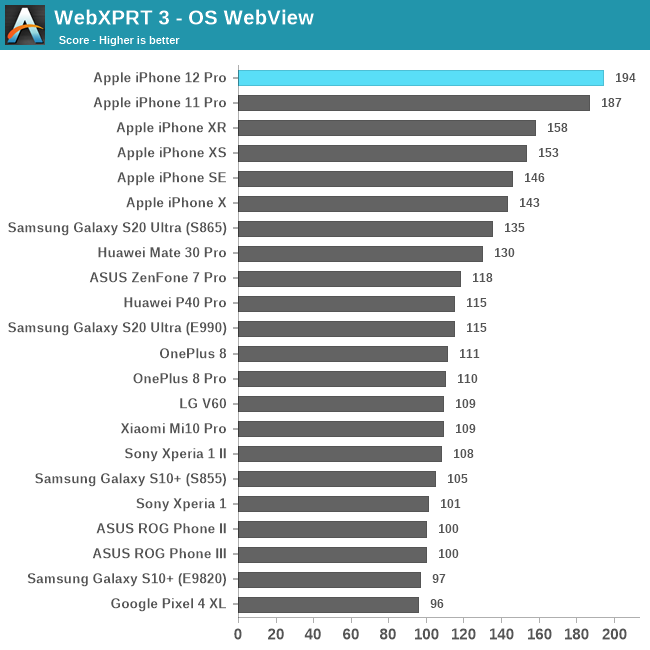 This small progress in WebXPRT is actually quite representative of my overall impression of responsiveness of the new iPhones: The A13 and iPhone 11 devices were already so performant and responsive that the actual speed limit for user interactions nowadays are just OS animations and just general SoC DVFS, the latter which Apple has already optimised to an ideal operation a few years back.

I would be lying if I were to say that I noticed that the new iPhone 12s are any faster than the iPhone 11 in everyday usage, but that’s simply because these are already are outstandingly fast devices.