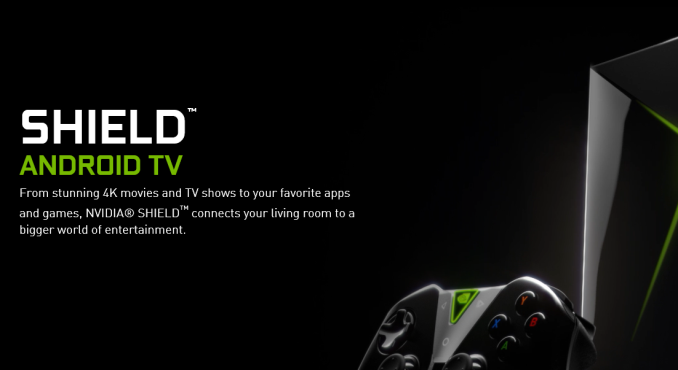 NVIDIA updated their SHIELD website today with a bit more information on the SHIELD Console. And while an earlier $299 device listing ended up being erroneous – NVIDIA accidentally listed the developer edition console for a time – there is one other minor update that is true and bears mentioning.

With today’s site update, NVIDIA has updated the name of the SHIELD Console. All of their branding now refers to the device as the SHIELD Android TV, doing away with the “Console” branding. The original SHIELD Console name has been somewhat inconsistent on NVIDIA’s part – the company would call it the Console at times, and other times simply the NVIDIA SHIELD – so this slight rebranding is presumably NVIDIA settling on what should be the device’s final name for next month’s launch.