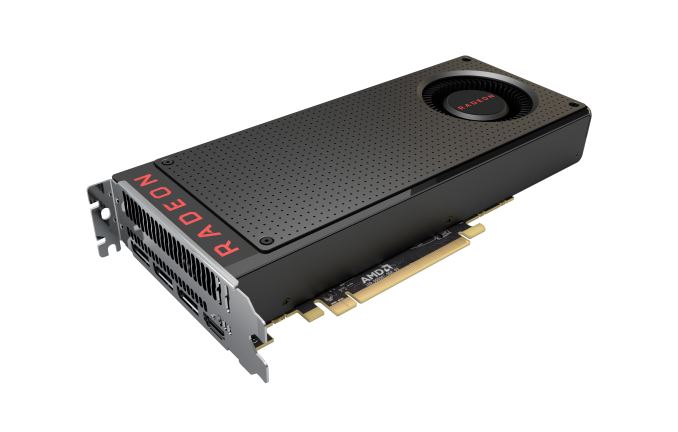 In what’s hopefully the final chapter on AMD’s saga over the last week with the Radeon RX 480’s power consumption, AMD has posted the previously promised 16.7.1 driver set on their website.

Along with the power changes, the driver also incorporates some previously scheduled bug fixes and performance improvements. This includes fixing GTA V stuttering, and small performance boosts for a limited number of games that AMD states should improve performance by up to 3%.

Finally, the 16.7.1 driver can be found on AMD’s website. Note that the driver itself is not WHQL certified, but given AMD’s rush to get it out ASAP, I don’t imagine they were interested in waiting for WHQL certification to come back before releasing them.

Diving into matters then, PC Perspective has already taken a look at the new driver and done individual power rail measurements, finding that AMD’s fixes work more-or-less as advertised. They have found some edge cases where the card is still drawing a watt or two more power from the PEG slot than the specification allows, though at this point we’re arguing over inches. It should be noted however that even in compatibility mode, PC Perspective is still finding that power consumption is technically exceeding 75W on the 6-pin connector, though like the PEG slot by notably less than when not using compatibility mode.

Meanwhile to look at the performance impact of the new driver, I quickly ran our RX 480 through a selection of games at 2560x1440, both with and without compatibility mode. 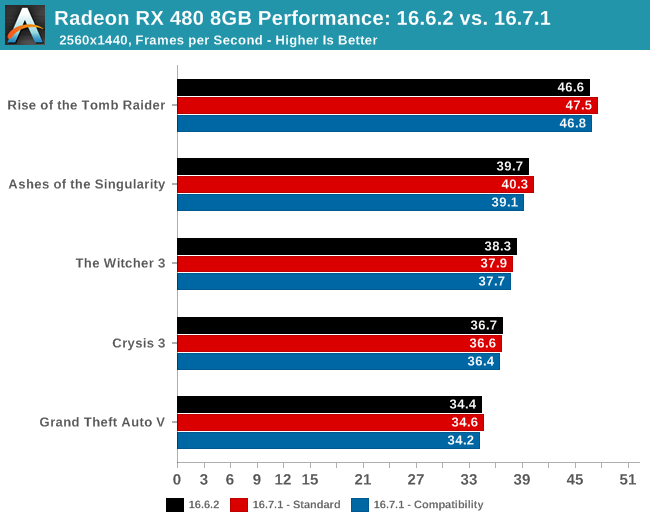 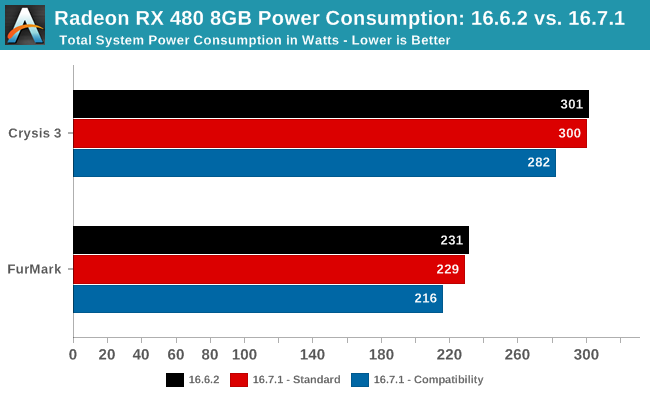 Finally, when it comes to power consumption, measurements at the wall back up our earlier findings. In standard mode, power consumption at the wall bobbles by a couple of watts compared to the 16.6.2 drivers. With compatibility mode on, we see power consumption drop by 18W under Crysis 3, and 13W under FurMark. The average GPU clockspeed in both cases is similarly reduced, with Crysis 3 shaving off around 50MHz.

Anyhow, we’ll have a bit more on the subject in next week’s full Radeon RX 480 review. But in the meantime it looks like AMD has been able to get a handle on their power problems and largely rectify them within the span of a week, making for a fairly quick recovery on the RX 480’s launch fumble.